A Breaking Bad BEER is coming to a pub near you

It comes after it was discovered that Sony Pictures Television, the production company behind Vince Gilligan’s critically-acclaimed crime drama, has filed a series of trademark applications.

The applications indicate plans could be afoot to make the in-show beer Schraderbrau a real thing, giving fans the chance to toast to the…oh wait, you might not have seen all of Breaking Bad, right? Probably best not to spoil it, just in case.

Regardless of this, it looks like Breaking Bad beer is about to become a very real thing and that’s great news for fans.

The trademark applications uncovered include one for a beer called Schraderbrau, another for Luminous signs and some additional application for things like branded glasses, bottle openers and some clothing. 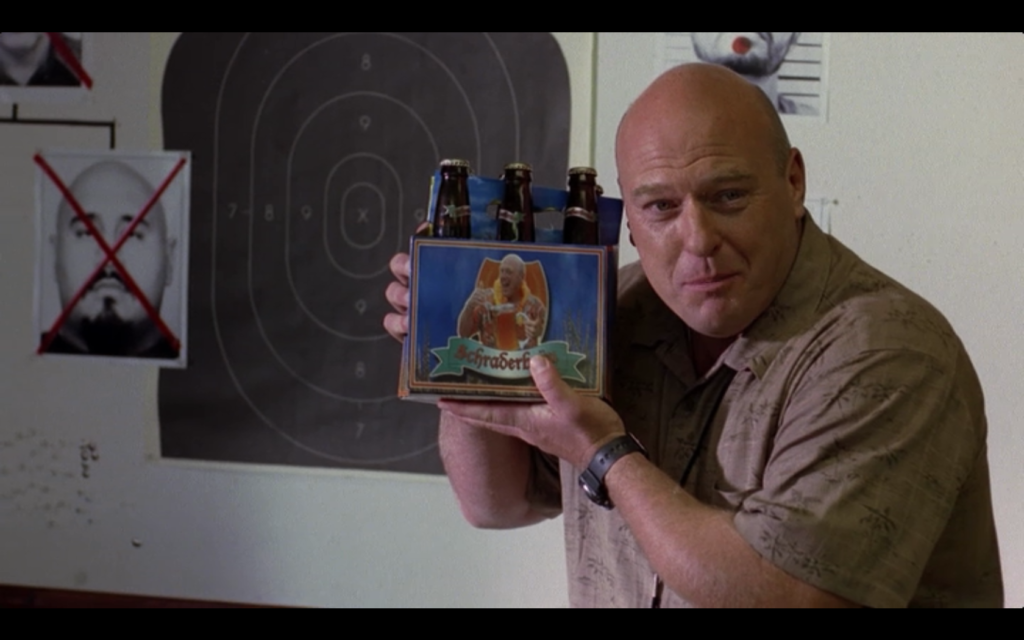 It could all be part of a clever marketing plan on the part of Sony to promote the upcoming Breaking Bad spin-off movie.

It may even be part of some kind of campaign to shine a light on the next series of Better Call Saul, which is due on Netflix in the next few months.

Alternatively, it might just be the case that someone wants to create Schraderbrau for real and has got actor Dean Norris involved. We can dream, at least.

Fans can expect a Munich-inspired brew with a strong ABV and distinctive taste. It’s the way Hank would have wanted it, after all.