THE SUN newspaper has declared ‘victory’ after the British Government began considering an amnesty from prosecution for ex-Troubles servicemen.

The British tabloid was reporting after Sinn Féin’s Gerry Adams claimed ministers were preparing to grant the amnesty to nearly 1,000 veterans who served in Northern Ireland.

In an article titled ‘Ex-soldiers will be exempt from prosecution over Northern Ireland killings’, The Sun claimed the move would be a “huge victory” for the paper after its recent campaign in support of the measure.

Earlier this year, Prime Minister Theresa May said it was “appalling” that prosecutors were reopening investigations into all 302 killings by British servicemen during the three decades of the Troubles.

Other furious opponents – including ex-Defence Secretary Sir Michael Fallon – claimed it was a politically motivated move by Sinn Féin sympathisers.

Speaking on Tuesday, outgoing Sinn Féin President Gerry Adams claimed the potential amnesty was floated by the government in “an act of bad faith”.

"We understand there is now a new section which is about an amnesty for British Crown forces and that is an act of bad faith," he said outside No. 10. 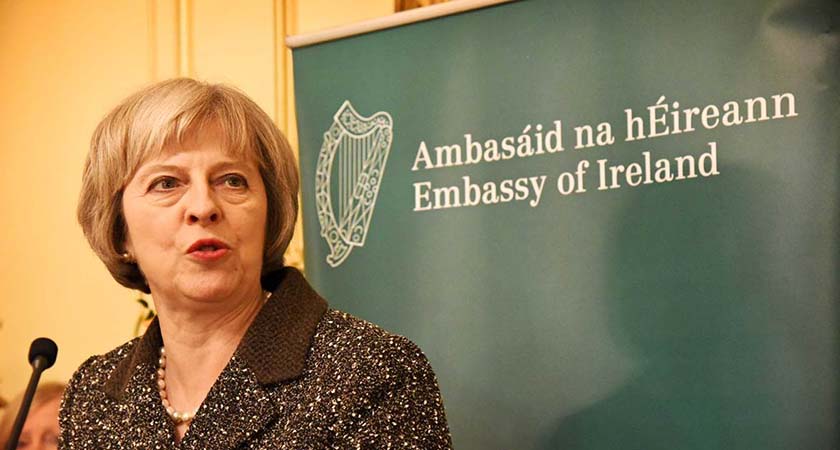 Prime Minister Theresa May said in February it was 'appalling' that ex-serviceman were open to prosecution (Picture: Getty Images)

The Irish Government said it would “not look favourably” upon any amnesty measure in Northern Ireland following the revelations.

A Department of Foreign Affairs spokesperson said: “The Government’s position is and will remain that the rule of law, including the requirement under Article 2 of the European Convention on Human Rights, for effective investigations of unlawful killings, must be upheld by all responsible authorities.”

His stance was echoed by British Conservative MP, who said “no one would be happier than me” if the amnesty was approved.

“There are murderers walking free in Northern Ireland while old men who served their country well in impossible circumstances are dragged through the courts,” he told The Sun.

A spokesman for NI Secretary James Brokenshire refused to comment on Gerry Adams’ claims yesterday, but the Northern Ireland Office said the consultation “has not been launched at this stage”.

It added: “We are obliged to move forward so that victims and survivors are able to get the progress they have been seeking for such a long time.”