CHURCH leaders from across the island of Ireland have called on Prime Minister Boris Johnson and his political counterparts in the EU and Ireland to admit their failings and take a joint stance to end the violence that has erupted in Northern Ireland in the past week.

In an open letter to the political leaders issued today, the Church of Ireland, Catholic Church, Presbyterian Church in Ireland, Methodist Church in Ireland and Irish Council of Churches call for a joint approach to be taken to the tensions that have flared in the North – bringing violence, destruction and disorder back to its streets.

Signed by Catholic Archbishop Eamon Martin, Church of Ireland Archbishop John McDowell, Presbyterian Moderator David Bruce, President of the Methodist Church in Ireland Tom McKnight and Ivan Patterson, President of the Irish Council of Churches, the letter states: “We appeal to our political leaders to come together in a unified response to the heartbreaking scenes witnessed on our streets last week and renew their commitment to peace, reconciliation and the protection of the most vulnerable.”

“The causes of this most recent outbreak of violence are complex and, in some respects, deep-rooted,” they add.

“Church representatives and other community leaders working on the ground in affected communities have spoken to us of their frustration at seeing another generation of young people risk their lives and their futures because repeated warnings about the need to treat our fragile peace with care went unheeded.”

For several days, violence has erupted in the North, with multiple PSNI officers injured as youths, mainly from loyalist areas, have hurled stones and petrol bombs and set vehicles alight night after night.

The riots are believed to have been sparked by a number of things, including Brexit and the Northern Ireland Protocol and Irish Sea border, as well as the recent decision that no action will be taken against Sinn Féin members who allegedly broken Covid-19 restrictions by attending a large funeral for former IRA member Bobby Storey last year. 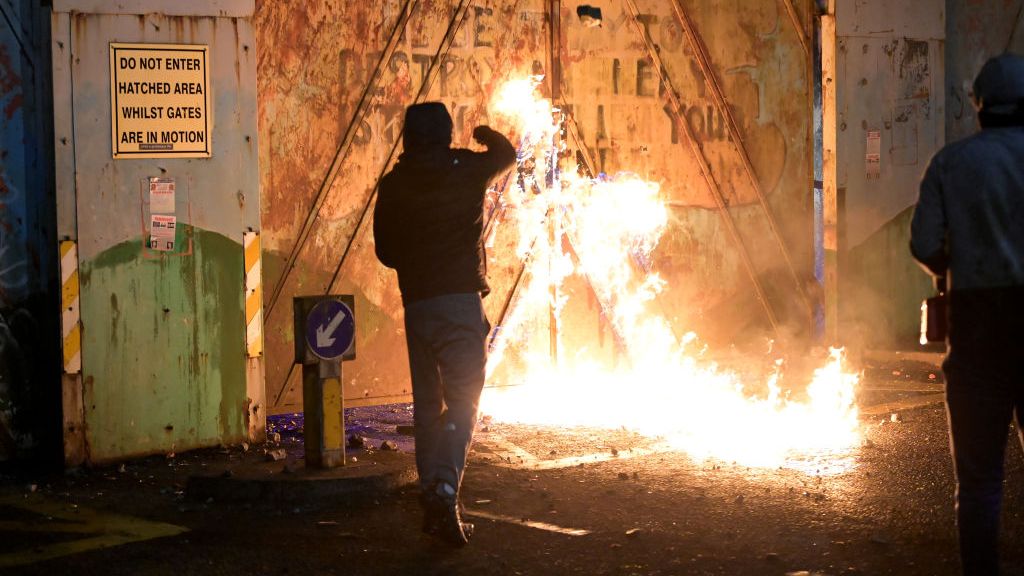 Riots have erupted across Northern Ireland over the past week

Titled ‘Blessed are the peacemakers, for they will be called the children of God’, the statement reminds the leaders of their duty to uphold the principles of the Good Friday Agreement.

“The Good Friday/Belfast Agreement, and the subsequent agreements that built on its foundations, recognised our interdependence on these islands and the consequent responsibility to respect all identities and foster good relations within Northern Ireland, on the island of Ireland and between the UK and Ireland,” they state.

They also address Brexit and its consequences, adding: “We have previously advocated for the need to protect all these relationships in the context of Brexit.

“The Northern Ireland/Ireland Protocol presents many challenges to the flow of trade and also the flow of goodwill across and between these islands.

“Some of the challenges were foreseeable and have been planned for and mitigated (at least in part).

“The political outcomes of the Protocol are more difficult to address because they are tied in with very big issues of world trade and sovereignty.

“The only way in which these will be constructively handled, from a Northern Ireland point of view, and with a good chance of a successful outcome, is if the European Union (including the Irish Government) and the Government of the United Kingdom are approached jointly by the entire Northern Ireland Executive advocating for the protection of the common good across the whole of Northern Ireland.”

Ultimately, however, the church leaders call for accountability – and call on the political leaders to admit their mistakes, rather than attempting to “paper over the cracks”.

“Leaders, organisations and communities make mistakes - as Christian leaders we are conscious of the need to acknowledge the failings of leadership from the churches in our ministry to divided communities,” they state.

“In such circumstances there is nothing ignoble in showing genuine sorrow.” 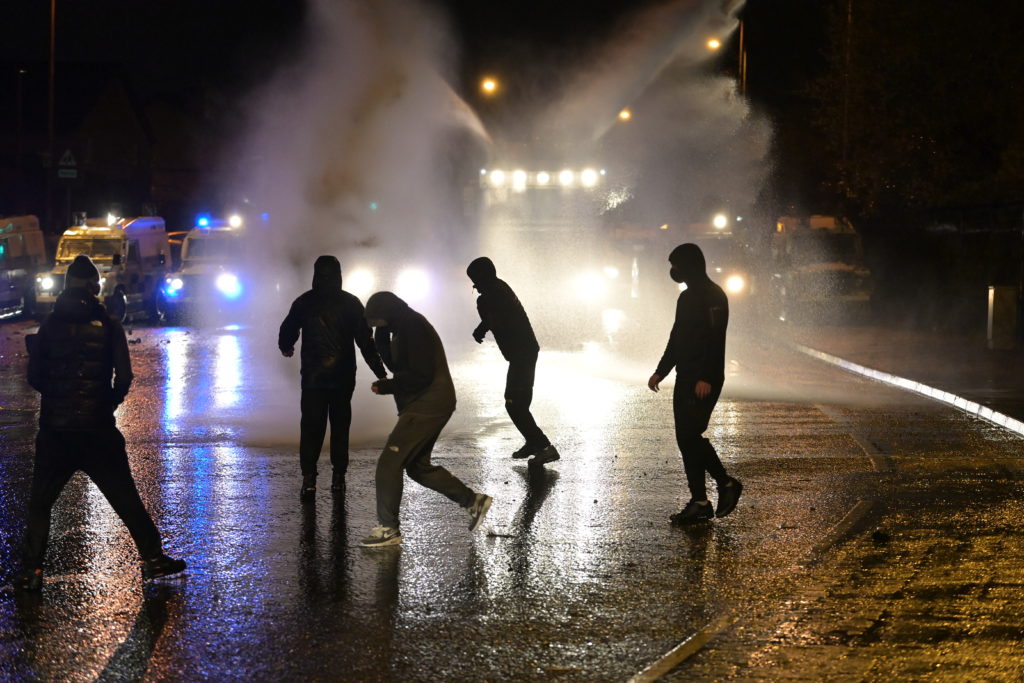 They add: “It is hardly surprising, given the complexities of our relationships at home and abroad, that politicians, political parties and others in leadership make miscalculations.

“Learning from the consequences of miscalculations is much better than an endless scramble to paper over the cracks.

“We also have to face the difficult questions about who pays the price for our failings.

“In the past week we have seen people afraid to leave their homes, others at risk of violence as they go about their work and young people feeling that they have no stake in society or hope for the future.

“Much good work on the ground has been undermined as tension has risen and confidence has plummeted.

“We are conscious too that churches are only a small part of the wider civic leadership in our society, and that all civic leaders have a responsibility to support our elected representatives as they seek to negotiate difficult compromises and find new accommodations for the common good.

“At the same time, we have a responsibility to hold them to account, and the persistent levels of socio-economic inequality in the areas worst impacted by violence, over two decades after the signing of the Good Friday Agreement, demand more sustained attention and meaningful intervention by political leaders.”