CONOR MCGREGOR was reportedly investigated for allegedly slapping a pensioner on the back of the head after the man turned down the offer of a free pint.

According to an exclusive report from The Irish Sun, McGregor was accused of assaulting the man, said to be in his 60s, during a visit to the Marble Arch pub in Drimnagh on April 6th.

McGregor is alleged to have struck the man after he turned down the offer of a free drink from the MMA star, who was buying everyone in the pub a drink when the incident happened.

The Irish Sun reports that investigators from Sundrive Road Garda station in Crumlin completed a probe into the incident following a formal complaint from the man involved.

He claims to have been struck on the side of the head by the sports star.

Gardai have sent a file containing their findings to the Director of Public Prosecutions (DPP). 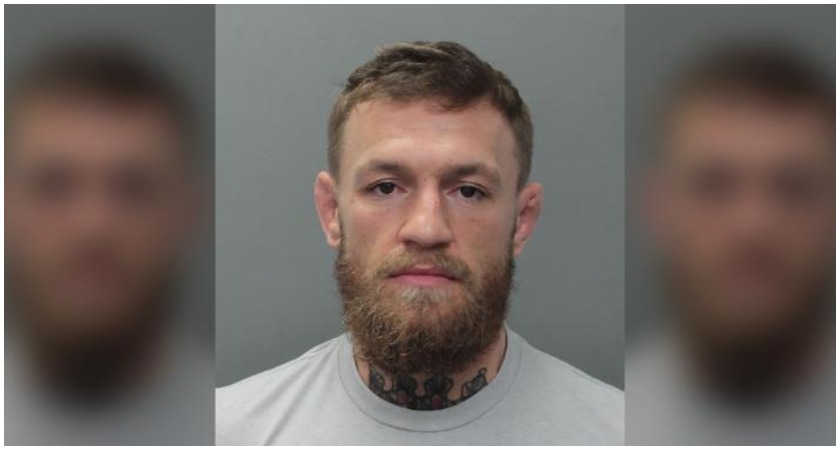 McGregor, 30. has been released on bail after posting his $12,500 bond (Image: Miami Beach Police)

While no medical evidence has been included in the report, CCTV footage has been gathered as part of the investigation passed on to the DPP.

McGregor could face Section Two Assault charges as a result of the probe, with a potential appearance at the District Court in the offing.

A source told the Irish Sun: “The file is almost complete and should be making its way to the offices of the DPP sometime this week.

“A complaint and a statement have both been made and it will now be a matter for the DPP for the next course of action.”

The incident comes just a few weeks after McGregor avoided a court appearance over the alleged theft of a fan’s phone in the US.

The charges were ultimately dropped.