A NEW whiskey launched earlier this week has gotten off to a flying start.

Kinsale Spirit Co, a new distillery based in County Cork have based their first-ever whiskey product in honour of one of Ireland's most prominent historical figures.

Red and his father, Earl of Tyrone Hugh O'Neill, instigated the Nine Year War between 1594 - 1603, a war which very nearly ended the English presence in Ireland more than 300 years before the Republic was eventually won.

But the Irish and Spanish side were defeated in the Battle of Kinsale in 1601, and the legendary chieftain died in Spain when trying to retrieve further help from the King.

The Kinsale Spirit Co paid tribute to Red with the 'Red Earl Irish Whiskey', an alcohol first aged in bourbon, then sherry, before being matured in Rioha casks.

According to the company, Red Earl is one of the first Irish whiskeys to use the unique Rioja casks, which gives the drink an appearance similar to the colour of rosé wine.

It is just the first in a long line of 'Battle of Kinsale' whiskeys planned for the future, the distillery said.

Launching the product, publican and entrepreneur Ernest Cantillon told FFT.ie: “We were nervous about launching a new product during such an uncertain period, but to be honest it has hit the ground running. 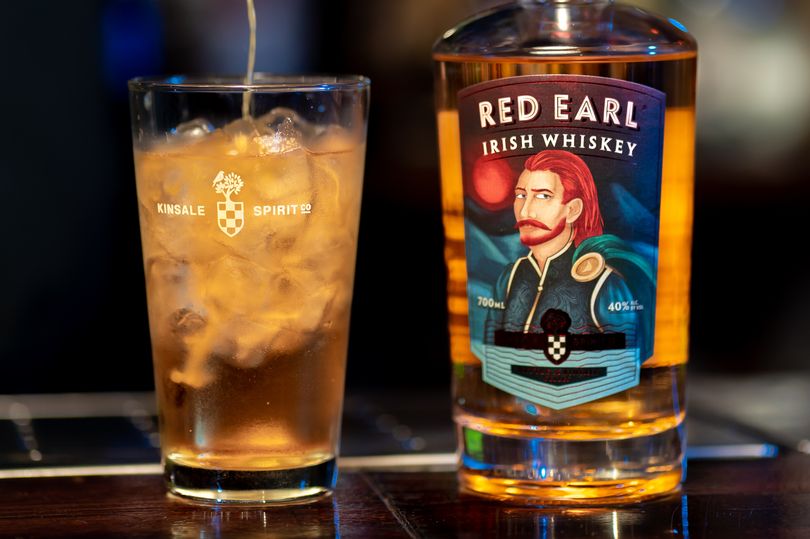 "Local support has been phenomenal, and we have our first export order, several thousand bottles, heading to China next week.”

Recently, the 16th-century chieftain made headlines around the world as archaeologists in Spain announced they had located his remains in the Capilla de las Maravilla, the Chapel of Wonders, where Red was put to rest in 1602-- you can read more on that story here.

To test the whiskey which claims to be 'as bold as the hero who inspires it', you can order from the Kinsale Spirit website here.