ARCHAEOLOGISTS IN Spain believe they may have found the remains of 16th century Irish chieftain Red Hugh O'Donnell.

The team of archaeologists had entered the seventh day of the dig in the search for the nobleman when they made the discovery.

Two coffins, a skull and a complete body were found at the excavation site in Constitution Street, Valladolid, where archaeologists had recently uncovered what they believe to be La Capilla de las Maravillas, the Chapel of Wonders, where Red was put to rest in 1602.

Christopher Columbus was also buried at the site but his body later moved to Seville, leading some to believe the second coffin may originally have contained his body. 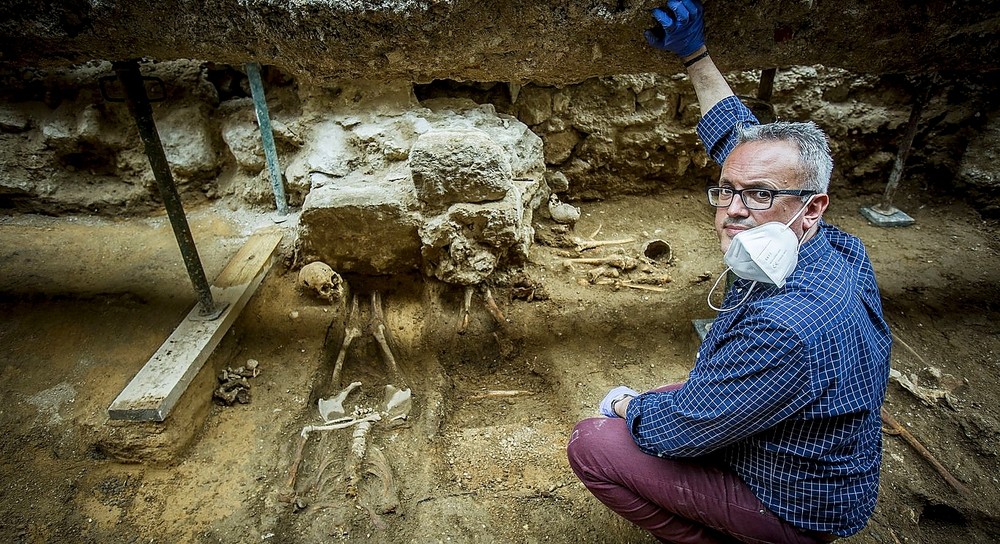 Red, who was known as Aodh Ruadh Ó Domnhnaill in Irish, was buried in the site after dying while waiting for the King of Spain to agree to send another Spanish Army to Ireland to help fight against the English.

Red and his father, Earl of Tyrone Hugh O'Neill, instigated the Nine Year War between 1594 - 1603, a war which very nearly ended the English presence in Ireland, according to The Irish Times.

But the Spanish and Irish side were defeated, Red fleeing to Spain to seek further help-- but he died in 1602 at the age of 29, leaving the Irish Army floundering against the British Empire.

Mayor of Valladolid, Óscar Puente, announced the discovery on Twitter, where he posted a photograph of the skull alongside the caption:

"In the Chapel of Wonders, in the exact place where Red Hugh O’Donnell is believed to have been buried as well as Christopher Columbus, some remains and two coffins have appeared." 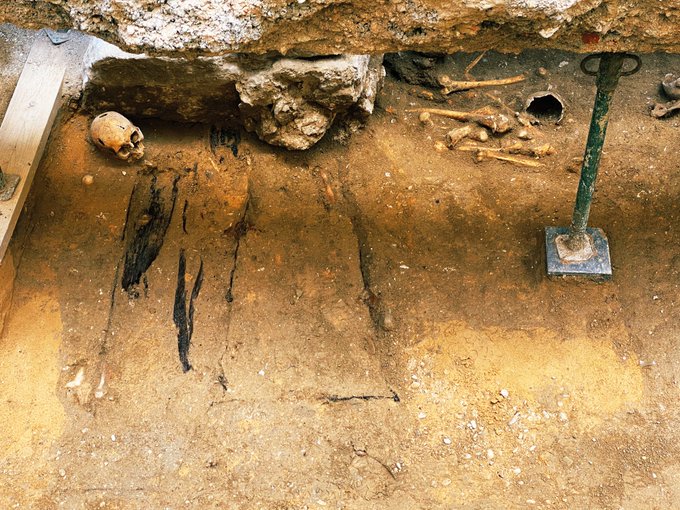 Many attempts had been made to recover the remains of the Irish nobleman over the years, but to no avail.

The current dig was launched following a campaign by Donegal native Brendan Rohan, who persuaded city authorities to begin a new excavation, according to The Irish Times.