A CRISIS is looming for traditional Irish clubs in Britain, as three could be lost by the end of the year.

Fears have been spiked by the closure of a centre in Watford, with Bradford Irish Club and St Claret’s in Botwell hanging by a thread.

“The days when the Irish were Britain’s largest ethnic minority are long gone,” said a mournful member of the Bradford club who blamed the centre’s decline on Irish “assimilation”.

“Today people with Irish roots are so completely integrated into Bradford life that they are indistinguishable.”

News of the closures has been met with a commitment from the charity Irish in Britain to review the finances of all clubs to prevent the end of 2013 becoming the start of a nationwide crisis.

The Irish Post has learnt that once-thriving community hubs up and down the country are in financial difficulty.

Many face a double-pronged attack of high rents and waning interest from Irish-descended people.

Members of the Bradford centre will attend an emergency meeting this week with just one item on the agenda — whether or not to give up on the venue and sell it off to pay the club’s debts.

Irish in Britain is providing “extensive support” to the club ahead of the make-or-break vote on December 10.

Several members told The Irish Post that although they want to keep the centre that dates back to 1880, they worry that a sell-off is the only option.

Mayo man Pat Howley, who has been involved with the club since his childhood, described the possible closure as “a tragedy”.

“I am very sad about the way the club has been in decline in recent years and it looks inevitable now that some commercially tough decisions have got to be made,” he added. 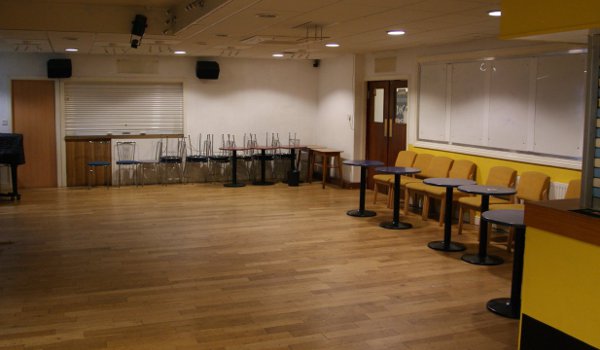 “I would like to hope the club could keep going despite all the odds, but it feels like the numbers will not stack up unless something is done.”

Michael Mullan, a member of the club since 2009, said patrons rarely reach double digits outside of the centre’s folk and jazz evenings.

But Mr Mullan said most members of Bradford Irish Club were surprised to discover that closure is being presented as the only option.

“A lot of us can see that the club was not as well attended as it might be, but I hope that something short of closure can be worked out,” the Derry native added.

“It will need people to be more involved and come up with some more imaginative ways of bringing people back.”

The Topic Folk Club, which runs the venue’s most popular night, told The Irish Post it has booked a new venue for 2014 after being told the centre is unlikely to exist in the same form next year.

But he added: “There are many bigger clubs than ours all over the country that are already closed and we are not insulated in any way from the state of the market.

“Nobody in the licensing trade is insulated from the crisis it is in.”

A board member from St Claret’s Catholic Social Club in Botwell, West London, said it too is likely to close its doors for good before the end of the year.

Jennie McShannon, Irish in Britain CEO, revealed that it will launch a major review of the finances of Irish clubs in the New Year.

“Pubs and clubs around Britain are struggling in the current economic climate,” she said.

Ms McShannon added that Irish centres, which she referred to as “community assets”, may have to consider expanding their cultural and welfare work to increase income from service users and funding bodies.