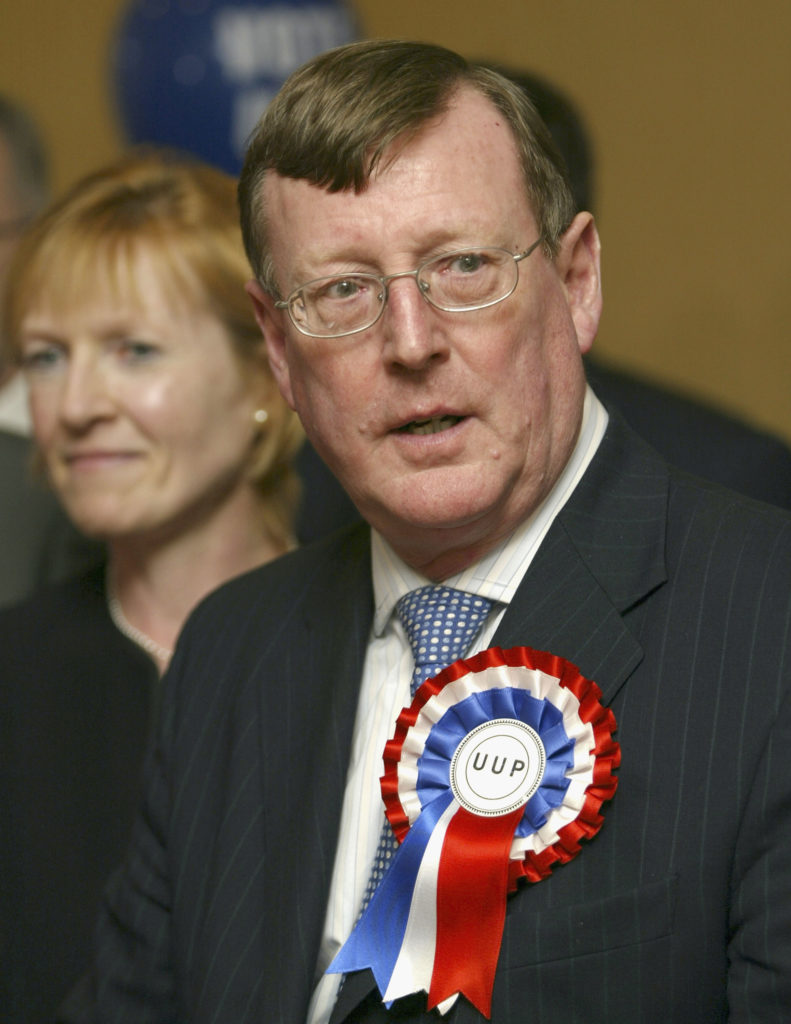 David Trimble, one of the prime architects of the Good Friday Agreement, has died at the age of 77.

He was something of a surprising choice as leader of the Unionist party, leap-frogging over more fancied candidates.

That he succeeded in helping bring peace to Northern Ireland was probably as big a surprise to him as to many others. He didn’t get on particularly well with John Hume — with whom he won the Nobel Peace Prize — and he could be prickly in negotiations. He was not a terribly easy man in company but was extremely clever, with a lawyer’s grasp of the complexity of any situation — he was a lecturer in law at Queen’s University Belfast.

After lengthy negotiations, stalled talks, and many false starts, a power-sharing executive was eventually set up at Stormont with Trimble becoming First Minister. Like so many unionist leaders before him, a compromise with nationalist parties ultimately cost him his job.

At the general elections of 2005, Trimble was defeated in Upper Bann by the Democratic Unionist Party candidate.

The Ulster Unionist Party retained only one seat in the Westminster Parliament (out of 18 in Northern Ireland) after the 2005 general election, and Trimble subsequently resigned the party leadership.

In 2006 he was created Baron Trimble of Lisnagarvey.

A hardline unionist in his earlier days, he showed he was a man who could change his mind, or at least modify his views — both in politics and social issues. Trimble admitted in July 2019 that he had changed his position on same-sex marriage and partnerships after voting against them, because of his lesbian daughter Vicky, who married her girlfriend Rosalind Stephens in Scotland in 2017. He told peers in the House of Lords "I cannot change that, and I cannot now go around saying that I am opposed to it because I acquiesced to it. There we are."

“As President of Ireland, I wish to express my deep sadness at hearing of the news of the passing of David Trimble, former First Minister of Northern Ireland and former Leader of the Ulster Unionist Party. Sabina joins me in expressing our profound sympathy to Mrs. Daphne Trimble and to all of David’s family, friends and colleagues.

Lord David Trimble will be remembered for a life of public service, and of course for his most significant contribution to the work for peace on our island.

The awarding of the Nobel Peace Prize, together with John Hume, following the signing of the Good Friday Agreement almost 25 years ago, was part of the recognition by so many of their work for peace.

David Trimble’s dedication and courage, often during the most challenging times, has earned him a distinguished and deserved place in our history books.  His work leaves a true legacy on the necessity and value of peace on our shared island for future generations.”

David Trimble died on July 25, 2022 after a brief illness. He is survived by his wife Daphne and his two sons and two daughters.