ON THIS Day in 1981, the Pope was shot and seriously injured in an attempt on his life by an assassin.

On 13 May 1981, John Paul II was shot multiple times as he greeted crowds in St Peter's Square in Vatican City.

The perpetrator, Turkish man Mehmet Ali Agca, is believed to have entered the country with three accomplices-- another Turkish man and two Bulgarian men-- with the intention of assassinating the Pope, allegedly under the orders of the Turkish mafia.

As Pope John Paul passed through the adoring crowd on the Popemobile, he was shot at four times by Agca, and hit by each bullet: two became lodged in his lower intestine and two passed through his hand and arms to hit two innocent bystanders.

Footage from the moments directly following the shooting, after John Paul was rushed away, the crowds can be herd weeping in despair.

Under the cover of the panicked crowd, Agca fled, and disposed of the 9mm Browning Hi-Power pistol underneath a stationary truck.

His plan was, allegedly, to escape to the Bulgarian embassy-- but he was stopped and tackled to the ground by a Vatican security chief as well as a nun and several spectators.

He was arrested and detained while John Paul II was battling for his life.

The world waited with bated breath as the Pope underwent five hours of complicated surgery and was described as being in critical condition.

But just four days after the shooting, from his hospital bed where he was recovering, John Paul II famously asked his followers to "pray for my brother [Agca]... whom I have sincerely forgiven". 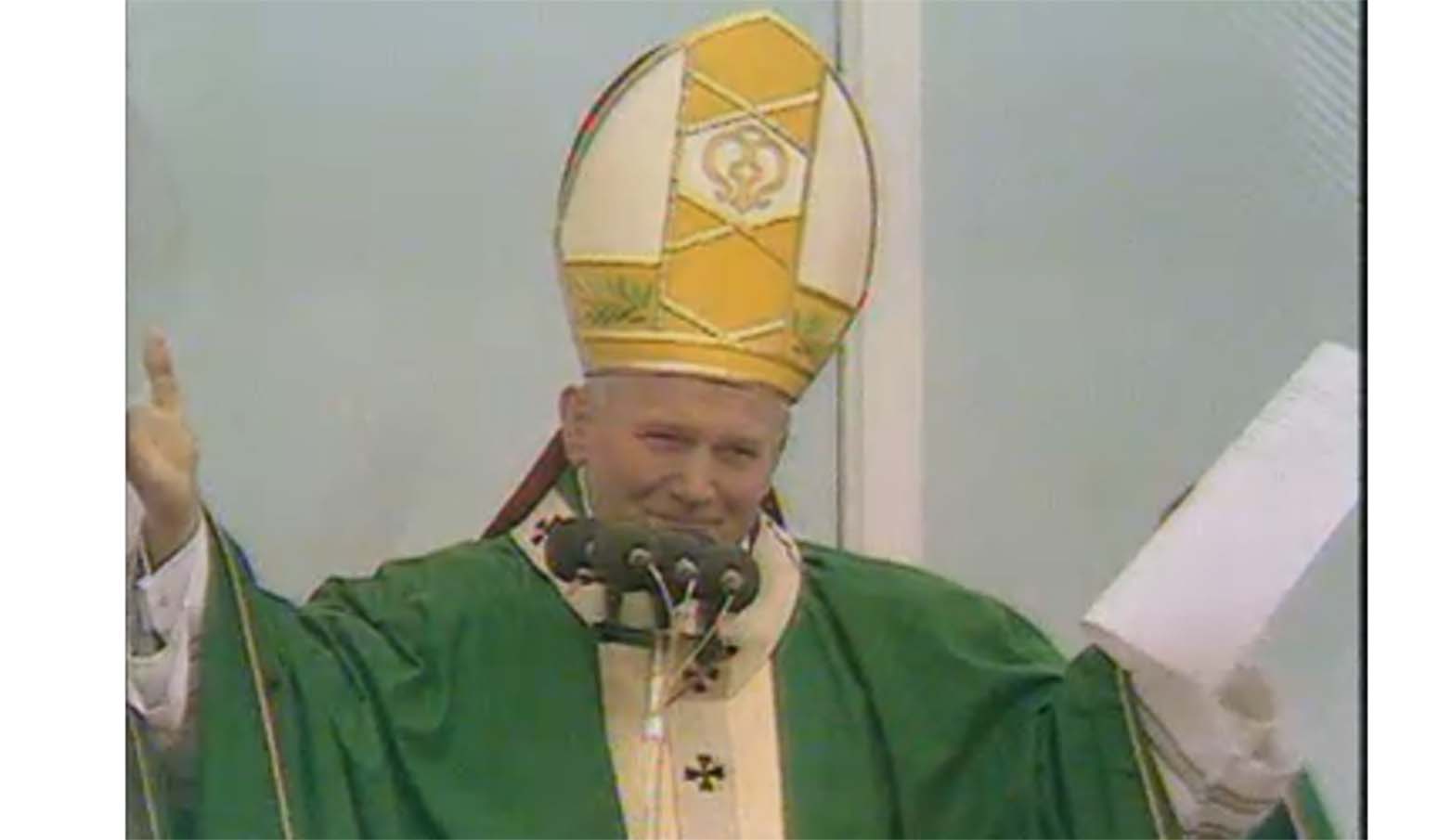 "Young people of Ireland, I love you." Pope John Paul II addressing the crowds in Galway in 1979. (Source: RTE Archives)

Agca was charged and sentenced to life imprisonment in Italy, but was eventually pardoned and extradited to Turkey after Pope John Paul, whose life he very nearly took, asked Italian president Carlo Azeglio Ciampi to forgive him.

Two years after the shooting, the Pope visited Agca at the prison where he was being detained, and spoke to him at length, eventually striking up an unusual friendship where he also visited his mother and brother in later years.

At the end of the Pope's visit to Rebibbia Prison, Agca reportedly kissed the Papal ring, leading some to theorise that he had spoken his confessions to the leader of the Catholic church.

Pope John Paul II passed away in April, 2005; when reports of his illness in February of that year emerged to the public, Agca sent him a letter where he wished him well.

Agca was eventually released from prison in Turkey in 2010, after spending 29 years in jail for the attempted murder of the man who had long forgiven him.

Security Service agent who was with John F. Kennedy when he was assassinated in Dallas dies