ON THIS day in 1997, 60 years after the constitution was written, and following two seperate referendums-- the first one which failed by a landslide-- divorce was legalised in Ireland.

The deeply Catholic country had decriminalised being gay just four years before in 1993, and had allowed the sale of contraceptives in 1985, but by the time of the divorce referendum in 1995, Ireland was still very much a country under the tinfluence of the Catholic church.

The road to legalising divorce was marred with controversy, opposition and not just one but two intensely divisive referendums.

The first referendum, held in 1986, saw the Irish people decisively rejecting the idea of divorce with an overwhelming 'No' vote-- over 63%.

A Fine Gael/Labour coalition government at the time supported the divorce bill, saying that while nobody likes the idea of a marriage breaking down "we know it's a reality and we have to deal with it"-- but the people did not agree.

9 years later, a divorce referendum was again put to the people, and this time the Catholic Church, while stating they were absolutely against divorce, reassured Irish voters that they could vote in favour in good conscious, and it would not be a sin.

The Church's centre ground did little to sway those who were opposed to divorce, and Irish Catholic leaders remained strongly against the idea.

As the referendum approached, the No side warned that husbands would desert their wives and family in droves, with one of the most famous slogans stating "Hello divorce, goodbye Daddy". 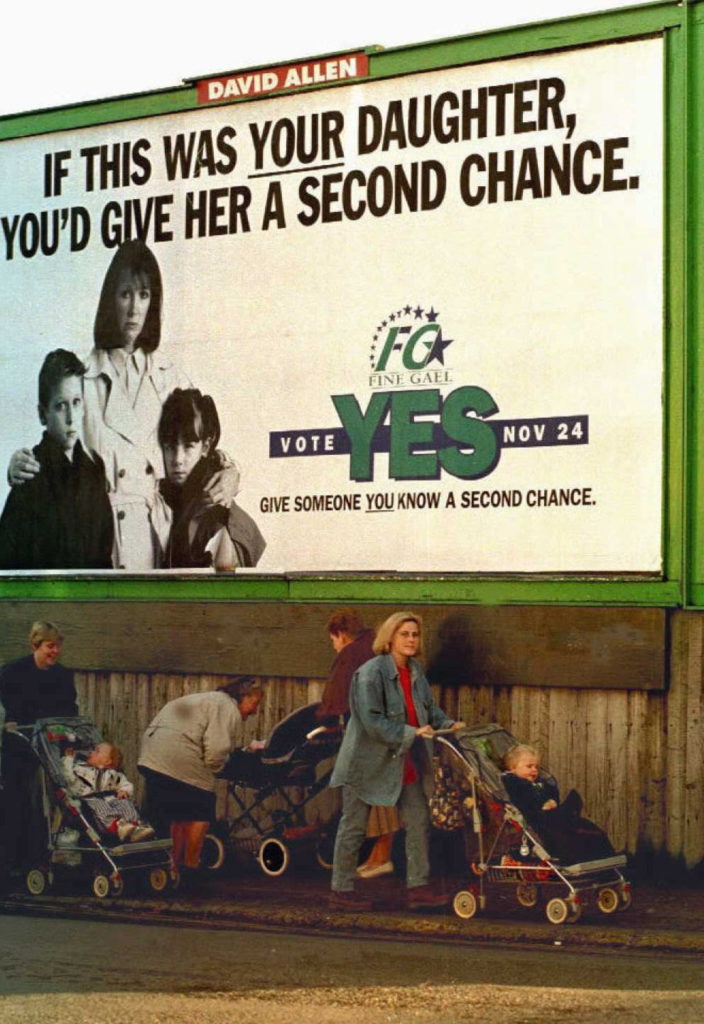 The referendum to end the ban is strongly opposed by Catholic leaders and many other groups. (JOHN COGIL/AFP via Getty Images)

This time, the people voted to allow divorce in Ireland-- but only just.

Despite the incredibly narrow margin, the bill was written into law in 1996 and was due to come into effect on 27 February 1997-- but Ireland's first divorce actually took place one month before then. On 17 January 1997, the courts granted a divorce to a terminally ill man whose dying wish was to marry his partner.

And despite fears from the No side that the bill would open the floodgates to divorce, 23 years after the bill came into effect Ireland has the lowest divorce rates in Europe, and the fourth lowest in the world.