THERE HAS been a huge spike in divorce proceedings recorded in Italy after the country emerged from one of the strictest lockdowns in the world.

For ten weeks, couples and families were forced within the confines of their homes, as businesses and schools were closed and there were severe restrictions on people going outside for exercise and grocery shopping.

Even couples who got along fairly well before the lockdown was introduced have suffered from relationship breakdowns as the restrictions exacerbated problems in the marriage which could have been overlooked before-- such as a spouse leaving the toilet seat up, spending too much time on their phone or not helping with childcare.

According to The Telegraph, Italian lawyers reported a massive 30% increase in couples inquiring about, or initiating, divorce proceedings once they were free to leave their homes.

One woman in Rome told the outlet, "I can't believe how oblivious my husband can be to the kids' needs. He can have two toddlers bouncing on top of him and still be glued to his phone." 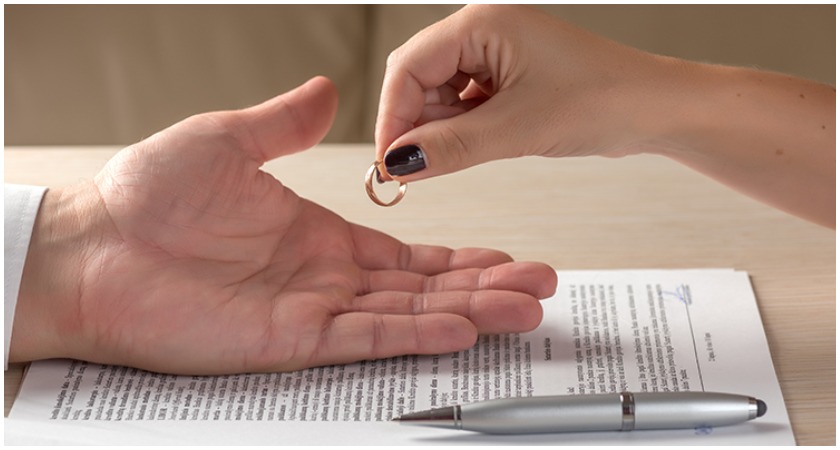 Multiple divorces were granted after hearings conducted via videolink (Getty)

Family lawyer Valentina Ruggiero urged couples not to rush into a divorce, instead to spend time exploring whether the marriage breakdown was a direct result of the lockdown.

She said: "Given the heavy emotional stress of the lockdown, my advice is for couples to evaluate whether it is a passing crisis or whether the relationship is really at the end of the line."

With courts closed due to the lockdown, some judges have been hearing divorce proceedings via video conference, as long as the couple have agreed on the terms of their divorce such as custody and the division of assets.

Italy is not the only country which has seen a spike in divorce proceedings since lockdown-- China and Saudi Arabia have also reported a rise of up to 40% in some cases.

In Ireland, the lockdown has resulted in an odd history being made, as an online divorce was granted for the first time ever, with all parties involved appearing via video link for the proceedings.