An Irish women who lost her grandmother's engagement ring while swimming in the Mediterranean sea in Majorca has managed to find it again with the help of a British based specialist diver.

Katie Patterson, 24, from Belfast was forced to leave the island without the band, estimated to be worth around £10,000, which had sentimental value also, having been passed down to her from her late grandmother .

“That ring just meant so much to me – it wasn’t the monetary value at all,” she told This Morning.

“I had been admiring that ring on my nana’s finger since I was about five years old and she meant an awful lot to me,” said Miss Patterson.

Refusing to believe her ring was consigned to the sea forever, Miss Patterson, a medical student at Keele University in Staffordshire, hired detecting specialist George Edmunds, 75, from Weymouth in Dorset. 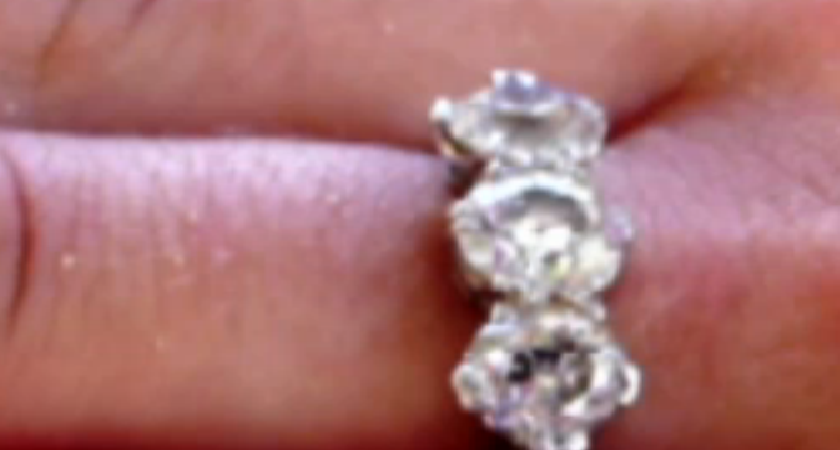 Days after returning to Britain, she flew back to Majorca, accompanied by Mr Edmonds, reportedly spending around £1,000 of the money she saved while working part-time as a waitress while at university, in a desperate bid to be reunited with the precious engagement ring.

“He said to me, 'I will find you this ring – I’ve found 400 pieces of jewellery before, including a wedding band that was seven inches beneath the sand. So I will get your ring back',’” Miss Patterson explained.

Using a waterproof metal detector and snorkel, George miraculously found the ring buried three inches under the seabed, 30ft from the beach, within an hour.

Mr Edmunds reportedly waived his normal fee in return for what became an unexpected "free holiday" in Spain.