DONALD TRUMP has fired one of the government’s top cybersecurity officials after he rejected the President’s claims of vote rigging in the 2020 US election.

Christopher Krebs was fired from his role as director of the Cybersecurity and Infrastructure Security Agency (CISA), which was established in response to the Russian interference that marred the 2016 election.

A former Microsoft executive, Krebs coordinated efforts to ensure all electoral systems were protected from foreign and domestic interference in this year’s election.

He was also among the most prominent figures to push back against President Trump’s claims that the vote was rigged in Joe Biden’s favour.

Trump has so far refused to concede defeat, more than two weeks on from Biden being confirmed as the winner after scoring victories in several key swing states.

Rather than accept defeat, however, the President has launched a series of legal challenges, all while repeatedly tweeting inaccurate information of vote-rigging on Twitter.

The recent statement by Chris Krebs on the security of the 2020 Election was highly inaccurate, in that there were massive improprieties and fraud - including dead people voting, Poll Watchers not allowed into polling locations, “glitches” in the voting machines which changed...

Krebs is thought to have angered Trump after tweeting a report citing 59 election security experts who all stated that there is no credible evidence of computer fraud in the election outcome.

The President announced his decision to fire Krebs in a tweet, branding the security chief’s claims as “highly inaccurate”.

He tweeted: “The recent statement by Chris Krebs on the security of the 2020 Election was highly inaccurate, in that there were massive improprieties and fraud - including dead people voting, Poll Watchers not allowed into polling locations, “glitches” in the voting machines which changed votes from Trump to Biden, late voting, and many more. Therefore, effective immediately, Chris Krebs has been terminated as Director of the Cybersecurity and Infrastructure Security Agency.” 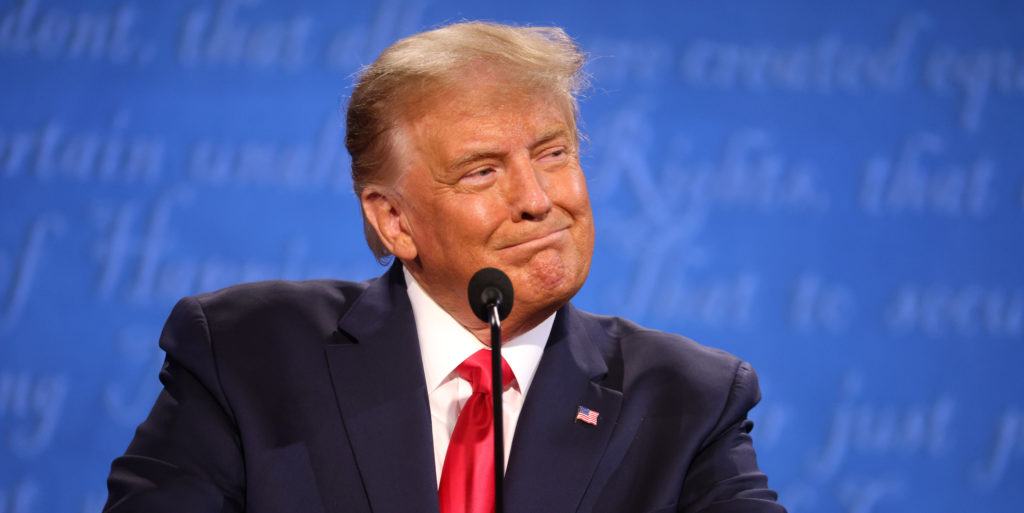 Many of the claims made by Trump concerning the election have already been disproven by experts while, in many cases, the President has made such accusations without providing any evidence.

Responding from his personal Twitter, Krebs said.: “Honored to serve. We did it right. Defend Today, Secure Tomrorow.”

He also tweeted the phrase “Protect 2020,” - a reference his agency’s sloga.

The sacking comes hot on the heels of the firing of defence secretary Mark Esper on November 9, though his departure was part of a broader shake-up that has seen several Trump loyalists installed in senior Pentagon positions.