DONALD TRUMP has weighed into the debate around the tearing down of statues of historical figures with ties to slavery and racism.

The Black Lives Matter protests have sparked a string of incidents across the world in which several monuments have either been vandalised or pulled down by demonstrators.

Many in Ireland are calling for the removal of a statue of Oliver Cromwell from outside the UK Houses of Parliament because of the role he had in the slaughter of thousands of Irish people during his lifetime.

Amnesty International, meanwhile, is calling on Larne in Northern Ireland to consider renaming the McGarel Town Hall due to its links to Charles McGarel, a plantation owner and slave dealer.

Speaking in an address to mark America’s Independence Day, the US President branded protestors involved in such actions as “angry mobs” attempting to “wipe out our history”.

Speaking in front of more than 7,000 supporters at Mount Rushmore in South Dakota, Trump criticised demonstrators for destroying or damaging monuments of historical figures.

"Our nation is witnessing a merciless campaign to wipe out our history, defame our heroes, erase our values and indoctrinate our children," he said.

"Angry mobs are trying to tear down statues of our founders, deface our most sacred memorials and unleash a wave of violent crime in our cities. 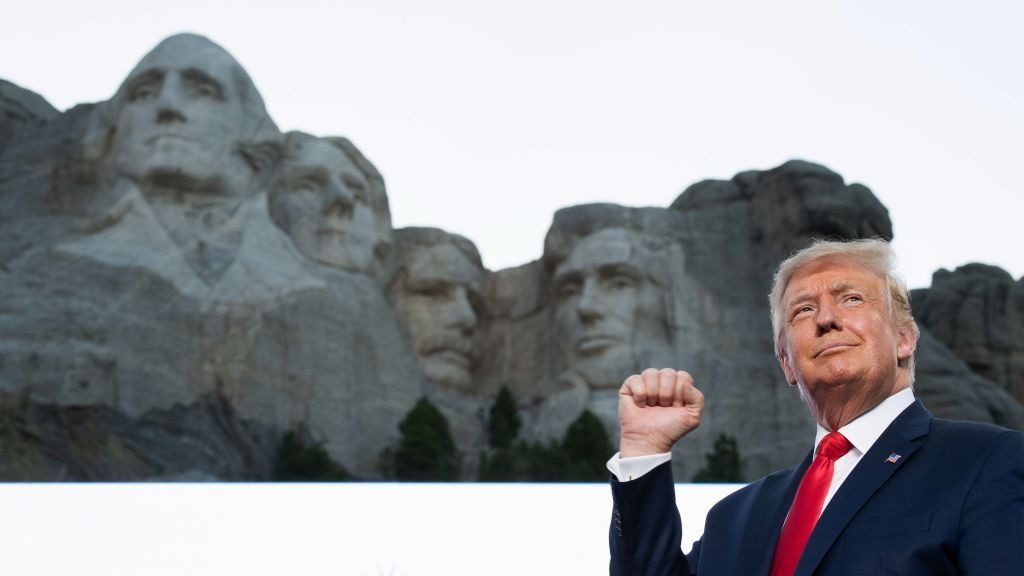 Addressing a crowd wearing few in the way of face coverings, the US President also hit out at "cancel culture" suggesting it was "driving people from their jobs, shaming dissenters, and demanding total submission from anyone who disagrees" and branding it "the very definition of totalitarianism".

"This attack on our liberty... must be stopped and it will be stopped very quickly," he said.

He also rebuffed any suggestion of kneeling in a show of support for the Black Lives Matter movement, declaring "we only kneel to almighty God".