US President Donald Trump has put on weight since last year and is now clinically obese, his official doctor Sean Conley has revealed.

However, the presidential physician declared his 72-year-old patient to be "in very good health overall" after passing a medical exam last week.

People with an index rating above 30.0 are generally considered to be in the obese range, although the accuracy of BMI as a health measurement tool has long been disputed by scientists.

Meanwhile, the New York native's blood pressure reading was 118 over 80 – which is well within the normal range for a man in his early 70s. 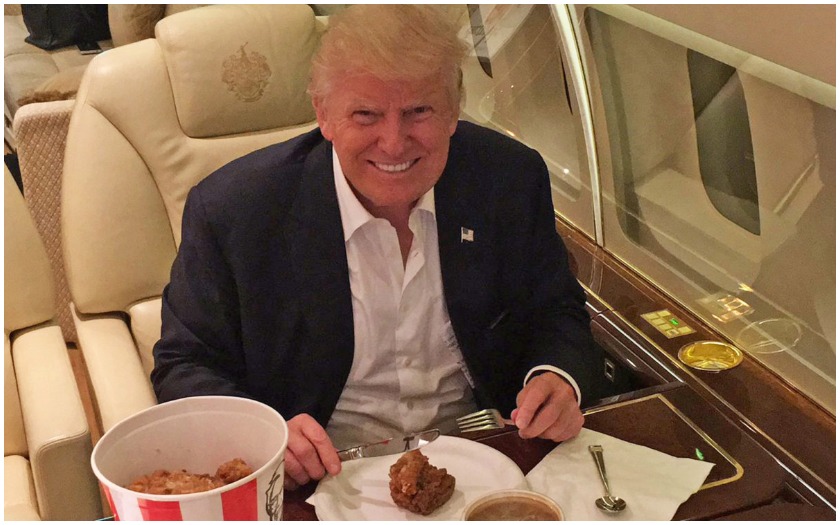 Dr Conley said Mr Trump's liver, kidney and thyroid functions were also normal as were his electrolytes and blood counts.

He does however have a history of high cholesterol and the dosage of his anti-cholesterol medicine Rosuvastatin has now been raised from a low 10mg a day to 40mg, the physician added.

"There were no findings of significance or changes to report on his physical exam, including the eyes, ears, nose, mouth, teeth/gums, heart, lungs, skin, gastrointestinal, and neurologic systems," Dr Conley's medical summary concluded.

President Trump reportedly relies on a diet of fat food and diet sodas due to the hectic nature of his job, and describes his only main form of exercise as his beloved golf as well as walking around the White House compound and standing up at public events.

However, the Republican leader is famously a lifelong teetotaller and non-smoker – lifestyle choices he puts down to the death of his older brother Fred Trump Jr. from alcoholism in 1981, at the age of just 43.