THE COLLAPSE of a motorway bridge in Italy has reportedly left ‘dozens’ of people dead.

A section of the Morandi Bridge, part of the A10 motorway in the northern city of Genoa near the city’s airport, collapsed at about 11am local time.

However he added that the full scale of the problem was not yet known.

The Italian Interior Ministry has said 11 people have so far lost their lives, according to news agency ANSA. 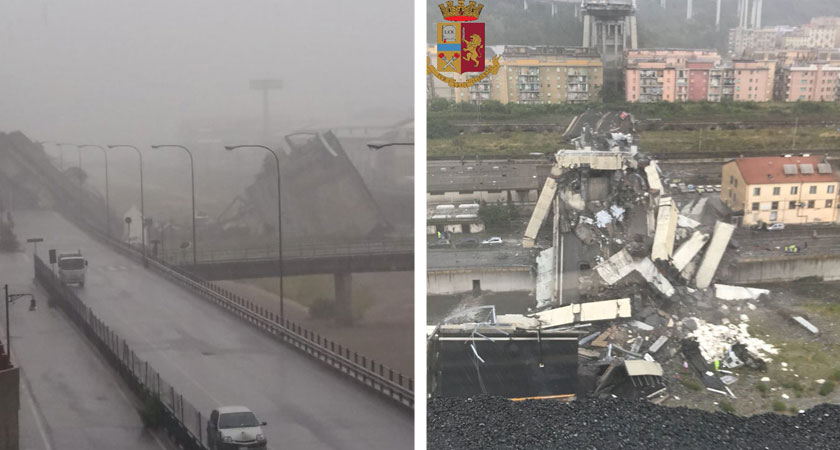 Images and footage released by state police show a 100-metre section of the bridge collapsing following a violent storm.

Transport Minister Danilo Toninelli tweeted to say he was following the developments but feared it would develop into an ‘immense tragedy’.

Restructuring work on the bridge, which was constructed in the 1960s, was carried out in 2016. 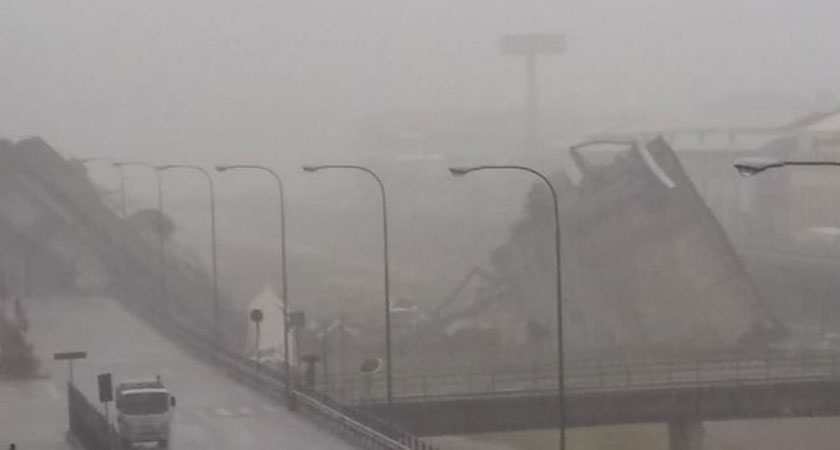