The Lord Mayor of Dublin says he has no fear of a deterioration in relations, particularly due to the “strong” links between London and the Irish capital.

Speaking at the European Mayor’s Summit on Tuesday, McAuliffe told The Irish Post: “Events like today cement a relationship at leadership level, but look, the relationship between London and Dublin is centuries old.

“It exists among the people of both cities. It’s written by the families that share relatives on both sides and I think we don’t need to worry about the relationship between London and Dublin.

“It’s strong. And it will be strong.

“I intend to continue my commitment to work with London as a partner in tackling all challenges, whether they’re inside the EU or outside.” 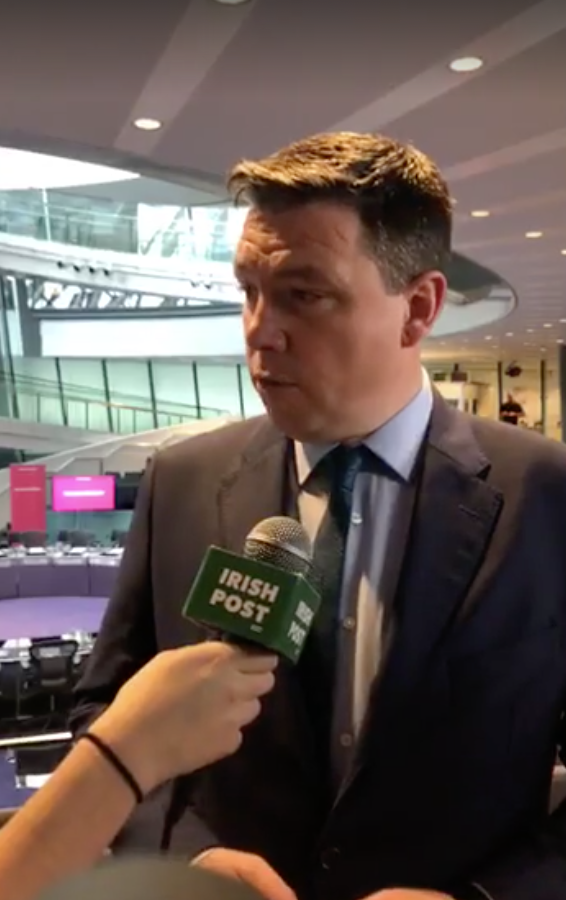 McAuliffe added that during his trip to London, which included a meeting yesterday with London Mayor Khan, he visited The London Irish Centre and admitted that his focus must be on those Irish citizens who will be directly affected by the UK leaving the European Union.

“We need to get beyond the rhetoric of Brexit and talk about the reality of Brexit,” he said. “We need to talk about how it’s actually going to impact on the ground.

“Whether it’s on the Irish border or Irish people living in Britain, we need to be dealing with the reality and what a Brexit situation would mean, and that means really rolling your sleeves up and getting dirty in the detail.”

High on the agenda during the summit was the issue of climate change and McAuliffe outlined his plans to tackle it, emphasising the need to focus on improving public transport.

“The best way cities can respond to climate change is in the issue of public transport,” he said. “I know that the Mayor of London has a priority around active transport; walking, cycling. We need to do a lot in Dublin to improve our infrastructure and to make it safer to walk in the city.

“Climate change, in many ways, is such a macro concept and it’s hard for people to get their heads around. But from a city perspective we have to look at what we can do and public transport is the way we can respond to climate change.

Elsewhere, the Fianna Fail politician said that housing issues were a priority for him domestically.

“Housing is a major issue. It’s not just a social issue, it’s an economic issue. We need a broader definition of public housing and a greater supply too.

“We need to be more policy-focused to solve the issues of Dublin city,” he added.