The 1916 Easter Rising by the numbers

1 Proclamation for all of Ireland

The Proclamation declared the establishment of new provisional and most importantly an independent Irish government free from British rule. The Proclamation stated that the “Proclamation would guarantee religious and civil liberty, equal rights and equal opportunities for all of its citizens”.

The Easter Rising lasted for a total of six days in which Dublin saw its centre transformed into a battlefield. Commencing at noon on the 24th of April 1916 the following days would become the most seminal in Irish history.

While the Rising was masterminded by a few men, four separate groups including the Irish Republican Brotherhood, The Irish Volunteers, the Irish Citizen Army and women's group Cummann na Mban contributed to the efforts to overthrow British rule.

In 2005, 89 years after Patrick Pearse issued a letter of surrender on behalf of his fellow rebels, the original handwritten document sold for 500,000 euros at an auction. The letter dated from the 30th of April 1916 was written by Pearse from his prison cell, days before his execution by firing squad. At auction, the letter smashed through estimates within less than a minute of bidding and eventually fell into the hands of an unknown foreign bidder. 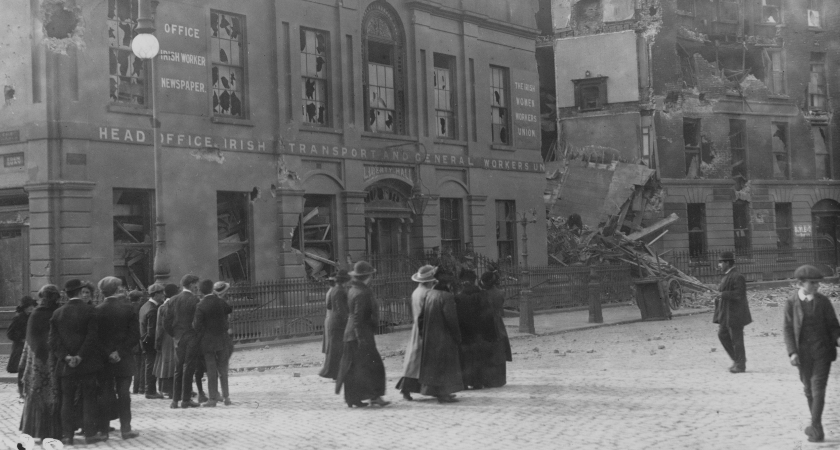 The remains of Liberty Hall, headquarters of the Transport Workers' Union and the Irish Citizen Army, after the violence of the Easter Rising in Dublin. Source: Topical Press Agency/Getty)

Following Patrick Pearse’s letter of resignation to the British Army, a total of 16 Rising leaders were executed for their role in instrumenting the insurrection. It took nine days from May 4 of May to May 12 for every leader to be executed with James Connelly and Sean Mac Diarmada being the last.

In the day’s following the Rising’s climax there were a total of 3509 arrests, which included 3430 men and 79 women. A large portion of this number were sent to England for internment while individuals suspected of organising the Rising remained in Ireland to stand trial. However, by August 1916 more than 2700 rebels had been released.

Although a prominence is placed on military fatalities, research released in 2015 suggested that 262 civilians died during the Easter week of 1916. The research conducted by late historian Shane Mac Thomais and continued by Glasnevin Cemetery historians Patrick Kavanagh and Conor Dodd, discovered stories such as that of Abalone Scherzinger, a German-born clock maker who was shot near his home on the 28th of April 1916.

Sixteen stations in Ireland are named after the men who died for their country. A notable example of this is Dublin’s central Connelly train station, which took its name from proclamation signatory James Connelly. If you decide to travel from Dublin to Sligo for example, your journey would start at Connelly station and end at Mac Diramada station.

2558 Medals issued for service in the Rising

In the years following Ireland’s independence, a total of 2558 medals were issued to both men and women who had served throughout Easter 1916. This figure could also have been higher if a rigorous system of validation had not been required when attempting to obtain medals. As military archives show, almost 13,500 applications for medals dating from 1916-1912 were either rejected or abandoned.

3 Years until the first Dail

With the effects of Easter 1916 still resonating, the first Dail (Ireland’s Parliament) was established in January 1919. This coincided with the Irish war of Independence, which eventually led to the establishment of an Irish Free State.

Although 100 years have passed since rebels stormed Dublin’s General Post Office (GPO), the city centre still bears the marks of past battles. An eagle-eyed tourist might spot 20 bullet in the O’Connell Monument, located towards the lower end of Dublin’s O’Connell Street where a lot of fighting took place. Several other bullet holes are also located along O’Connell street with the GPO’s main columns still showing its scars. 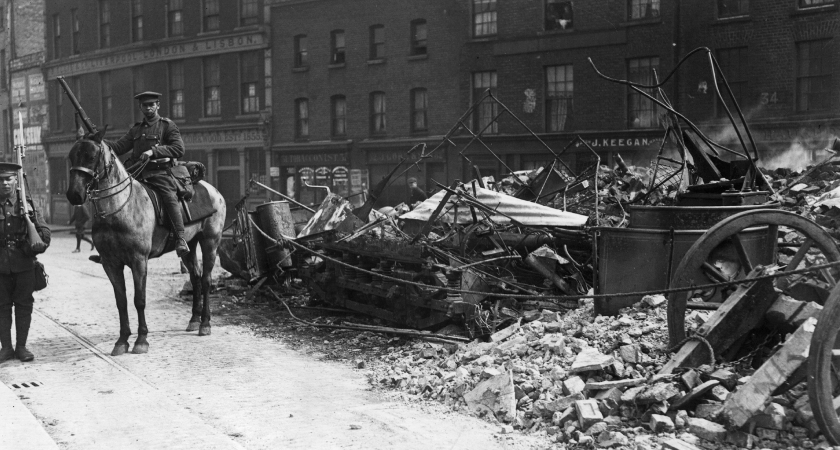 2 Flags flew over the GPO

When rebels stormed into the GPO they raised two separate flags to mark their new proclaimed Ireland. These flags included the Tricolour, which is now Ireland’s national flag while and a green flag with “Irish Republic” inscribed in Celtic writing.

The fatalities of Easter 1916 were not restricted to adults as 35 civilian children were killed during fighting. A number of children also took an active role in the Rising with 15 year old Charles Darcy being killed while part of an Irish Citizen Army unit outside Dublin Castle. The Rising’s youngest victim, Christina Caffrey, was just two years old.

Approximately 200 buildings in Dublin were destroyed in 1916. This resulted in an estimated £2.5 million of damage, an immense cost at the time.

U2 donate €10 million to aid coronavirus battle in Ireland