A FORMER garda accused of killing a fellow resident at a Salvation Army hostel said he was defending himself after the man called him a 'big Irish bas**rd.'

Oliver Hurley, 63 and originally from Co. Wicklow, claims he pushed 56-year-old Manolito Chando backwards out of a lift after he blocked the doors and threatened him.

Mr Chando, who was 'wobbling' around because he was so drunk, fell over backwards and suffered catastrophic head injuries on March 24 last year.

He was placed in a medically induced coma and died in hospital two weeks later.

Hurley, who left An Garda Síochána in 1980, denies manslaughter and claims he only gave the Croatian migrant a 'tiny little push' to defend himself.

The defendant, who is representing himself at the Old Bailey, told jurors he is a Christian pacifist whose only dream is to live on the sea. 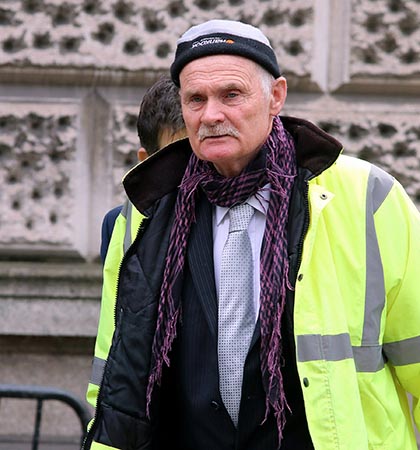 Hurley said before the altercation he was playing Irish love songs on a computer to calm an 'atmosphere of pure violence' at the hostel in Great Peter Street near Westminster Abbey.

Tensions were high because the shelter had flooded and staff were due to be laid off, he claimed.

He said Mr Chando was clearly drunk and started racially abusing fellow residents as he launched 'a one man riot for four solid hours.'

Hurley said: "I knew he had a problem with alcohol and drugs, I felt sorry for him because I had a good life, a very good life."

The defendant said Mr Chando 'didn't like African people' and said he told another resident: "You're nothing but a black slave ni**er, go back to your f**king camels and dung."

He told jurors Mr Chando then told him: "You're nothing but a big Irish bas**rd."

Hurley says as he tried to get to his room Mr Chando held up the lift by repeatedly pressing the button and blocking the doors.

Previously, Prosecutor James Browne said: "Mr Chando then makes a circular motion with his hands and retreats towards the foyer.

"Then Mr Chando makes the door open again and he is standing on the threshhold of the lift, leaning against the door.

"He takes a couple of steps backwards, his arms are folded and the defendant violently shoves him backwards with sufficient force to lift him off his feet.

"Then he looks for a moment, presses the button, the door closes and the defendant goes up in the lift. He does nothing to help Mr Chando."

Another resident described the victim as behaving in a 'bothersome irritating way', the court heard.

Mr Browne added: 'The prosecution case is that the assault was borne as much out of frustration and irritation on Mr Hurley's part as anything else. He described Mr Chando as a pest.'

Mr Chando hit his head on the floor and remained unconscious on the floor for six minutes before coming round.

He suffered a brain haemorrhage and had to be placed in a medically induced coma the next day in hospital.

He said he used his open palm to push Mr Chando away when he came within an arm's length of him. 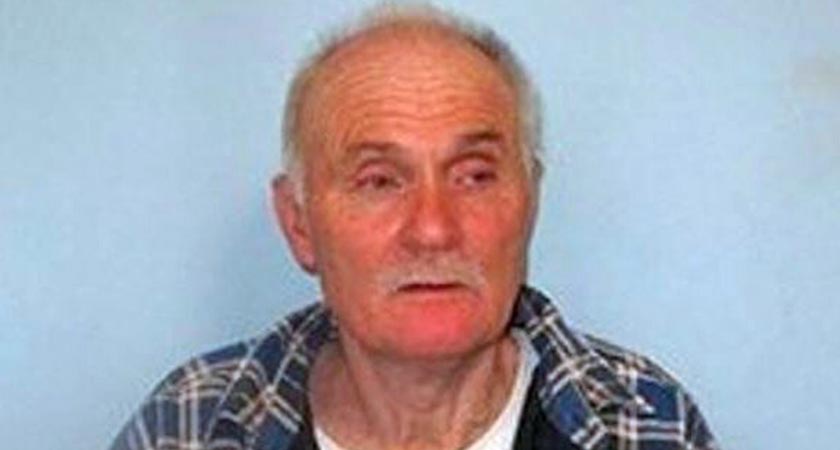 Oliver Hurley, 63, claims he pushed 56-year-old Manolito Chando backwards out of an elevator after he blocked the doors and threatened him. (Picture: CENTRAL NEWS)

"The hand, this is the most inoffensive weapon you can use," he said. "It's a clear intention to your aggressor I don't want to harm you, I just want to get you away.

"People have been using this for time immemorial. I don't know whether he saw my hand coming or not, but he's waving.

"When my hand comes, there's his chest, it's the slightest push then bang."

He was questioned by police and released on bail but returned to Ireland after hearing police had obtained CCTV footage of the attack, jurors heard.

Hurley was arrested on a European Arrest Warrant six months later but fought extradition until he was brought back to Britain on January 31 this year.

He told police on interview: "I was trying to get away from him. I pushed him away with my open hand. I had no intention to cause any harm. He was very violent and aggressive, he attacked three men before me."

He claims Mr Chando 'committed 14 indictable crimes in that hostel before the incident.'

The Irishman said he was an atheist who 'came to faith' in 1980 and left garda service because of his pacifist beliefs.

Hurley then spent time living on a boat before a wealthy family in Bantry Bay, on the southwest coast, gave him a room in a country estate that is 'bigger than Buckingham Palace.'

The court heard he came to London in 2007 and played his Irish flute in the street while he was living in hostels.

'Don't be afraid': Woman whose father is jailed for repeat abuse of daughters appeals to victims