NORTHERN IRELAND'S First Minister has voiced her opposition to holding a border poll, stating it would be 'reckless and divisive'.

Leader of the Democratic Unionist Party (DUP) and First Minister Arlene Foster was speaking on Sky News where she was asked about the findings of a new UK-wide survey about the future of the United Kingdom.

However, the poll also found that 47% of those surveyed in the north wished to remain in the United Kingdom compared to 42% being in favour of a united Ireland and 11% undecided, meaning should a border poll be called, it may not have the result nationalists would hope for.

Ms Foster told Sky News that she was against a "reckless" border poll, as it would be "incredibly divisive" at a time when the UK should be coming together to fight the pandemic-- but if it should happen, the arguments for remaining in the union are "rational and logical and will win". 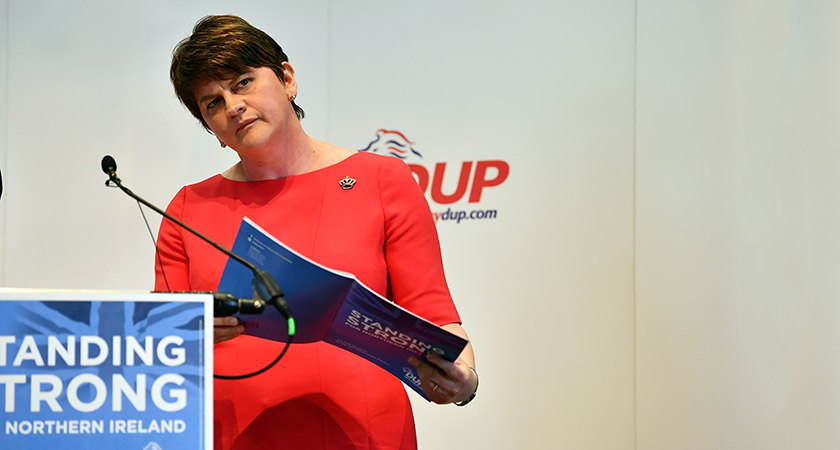 She also condemned nationalist parties across the UK-- namely Sinn Féin and Scotland's SNP-- for taking about "constitutional politics" during a pandemic; the SNP have stated they plan to hold an Independence Referendum should their party win in the May Elections, whether or not Westminster agrees.

Meanwhile, Northern Ireland's Deputy First Minister and leader of Sinn Féin in the north, Michelle O'Neill, said there is "an unstoppable conversation underway on our constitutional future".

Responding to the findings of the Sunday Times poll, Ms O'Neill  wrote on social media: "It is time for the Irish Government to step up preparations," adding "We can overcome the barriers of partition and build a new Ireland".

Taoiseach Micheál Martin has repeatedly said his government have no plans for a referendum on Irish unity in the next five years, having himself described it as "divisive".

The Taoiseach is yet to respond to the findings of the newest survey.