Sinn Féin President Gerry Adams has said both the British and Irish Governments are in 'denial'. (Picture: Charles McQuillan/Getty Images)

IN the wake of the Northern Irish elections Sinn Féin President Gerry Adams has criticised the British Government for being 'part of the problem' in the North.

As both the British and Irish Governments pledge to work together over the coming weeks to ensure a new power-sharing Assembly and Executive are put in place, Mr Adams said both London and Dublin have 'failed' the Good Friday Agreement.

Mr Adams made his comments yesterday following statements by the Minister for Foreign Affairs Charles Flanagan and Northern Irish Secretary Rt Hon James Brokenshire on the result of the election.

The Alliance Party, Green Party, People before Profit Alliance and Traditional Unionist Voice now have 13 seats between them.

The parties have a three-week window in which to establish a new Executive, in particular to nominate a First Minister and Deputy First Minister. 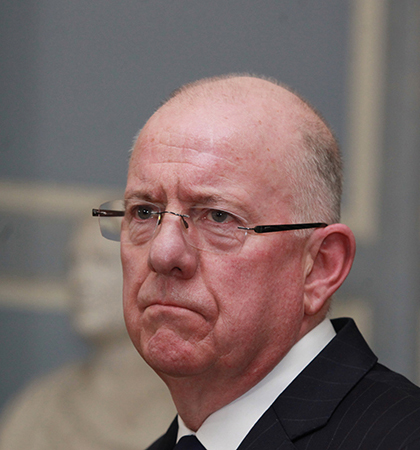 Minister Flanagan said it was of "utmost importance" that the political institutions established under the Good Friday Agreement dealt with issues raised by Brexit.

“The heart of the Good Friday Agreement is its interlocking political institutions. However, they can only be sustained on the basis of partnership, equality and mutual respect," Minister Flanagan said.

"As a co-guarantor, the Irish Government is determined to uphold the principles of the Agreement and to protect its institutions."

The Minister also said that both Governments are agreed on the need for "intensive engagement" to address outstanding issues and commitments from previous agreements, as well as establishing an effective Executive.

"Everyone now has a shared responsibility to engage intensively in the short period of time that is available to us, to ensure that a strong and stable administration is established.

"Northern Ireland has made great strides forward over the past two decades.

"All of us must continue the work of building a stable, peaceful and prosperous Northern Ireland that works for everyone, based on the strong foundations of the Belfast Agreement and its successors."

But Gerry Adams has said he was disappointed by both Governments in their comments and in what he said was a failure to uphold the Good Friday Agreement.

The Taoiseach and the Irish Government "need to hold London to its responsibilities and obligations", he added.

“The two Governments seem to be in denial of the reality that while the RHI scandal precipitated the election, the political system has been brought to the point of collapse by the failure to respect and implement previous agreements." 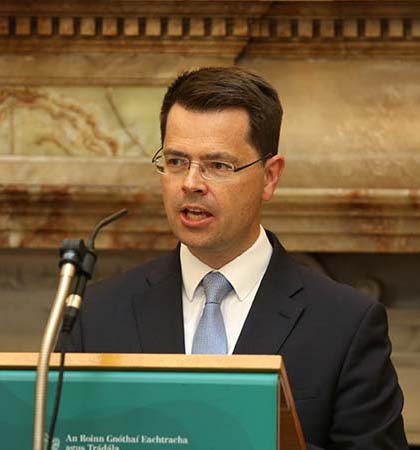 Secretary Brokenshire said Northern Ireland has made great strides but it's a shared responsibility to ensure stability in the North. (Picture: Sam Boal/Rollingnews.ie)

Mr Adams also said both Governments have "walked away" from the role of co-equal guarantors of the Good Friday Agreement.

"They have failed to uphold the equality obligations of the Good Friday and subsequent agreements and failed to ensure the implementation of an Irish Language act.

“The British Government refuses to implement the agreements on legacy and has sought immunity for their soldiers and agents.

“They have set aside the concept of consent, and undermined human rights safeguards, in seeking to impose Brexit against the will of the majority of voters in the north.

“The British Government has given up all pretence of independence.

"The Tory party stood in the recent election and was rejected again by the electorate receiving only 2,379 votes.

“They are not neutral arbitratorsw," he said.

"They have refused to implement and honour their agreements and responsibilities.They are part of the problem.

"The Irish Government needs to hold London to its responsibilities and obligations.

The Taoiseach knows this. So does Minister Flanagan. That needs to be their focus in the coming talks.”

Ireland to accept five migrants after agreeing deal with Malta