THE GIRLFRIEND of the man who was arrested for crossing the Irish Sea on a jet ski says she would marry him if he asked.

Jessica Radcliffe was bowled over when her boyfriend, Dale McLaughlin, crossed treacherous seas in a jet ski to visit her after the couple were separated by coronavirus restrictions.

McLaughlan, who had never driven a jet ski before, spent four and a half hours at sea travelling from Scotland to the Isle of Man, where Jessica lives, in order to spend the weekend with her.

Once he reached the Isle of Man, McLaughlan walked 15 miles to reach his girlfriend's home in Douglas, and the two spent the weekend together-- before he was arrested for breaching the Isle of Man's strict coronavirus measures. 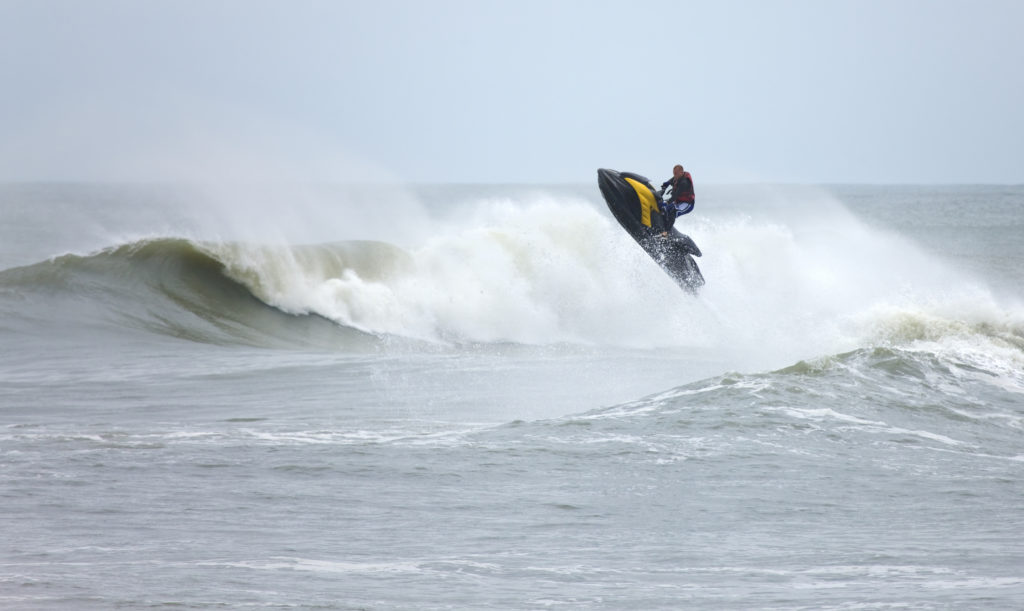 The island has seemingly managed to beat the virus, having gone more than six months without a case of local transmission, and has only been able to accomplish this by extremely strict measures on who enters: citizens of other countries-- even other parts of the United Kingdom-- may not enter without express permission from the Government.

Mr McLaughlan did not have this permission, but the BBC reported that Mr McLaughlan had twice applied for permission to visit his girlfriend from Scotland but was both times denied.

The couple had met in September of this year, when McLaughlan legally travelled to the Isle of Man as part of his job as a roofer and fell quickly in love, with both Jessica and Dale having two small children from a previous relationship.

Now, the girlfriend of the lovesick man has said she would marry him if he asked,  joking "It's definitely a story to tell our grandkids."

Speaking to The Irish Mirror, Jessica said she had received messages of support from people around the world following her boyfriend's act of reckless romance, and said: "People from Ireland have said 'What he did is heroic, you should marry that man.'"

"If he asks me, I'll say yes," she said. "It's definitely a story to tell our grandkids."

Jessica told the outlet that she was unaware that her boyfriend had illegally crossed the sea on a jet ski to gain access to the island until police knocked on her door two days after he arrived.

Dale was jailed for four weeks for the breach, but it seems his actions mean the couple have a long future to look forward to.