A HISTORIC British brewery has been invaded by a 100-strong group of Travellers who stopped staff from entering.

Employees at Thwaites Brewery in Blackburn, Lancashire came to work on Monday only to find it occupied by 21 caravans and 25 vehicles.

An "aggressive stand-off" between the workers and Travellers resulted in police being called to the site.

It is understood that the Travellers arrived at around 8pm on Saturday and Thwaites bosses said the site had become "a disgusting mess".

In a statement yesterday, a spokesman for the firm said: “We have effectively been evicted from our head office and brewery site by a group of up to 100 travellers who are now denying us access in an aggressive stand-off.

"They are putting our family business in real and present danger".

The spokesman added: “We have been in Blackburn for more than 200 years and have never experienced anything like this.

“Hourly the site is being degraded and in the space of a day has become a disgusting mess. 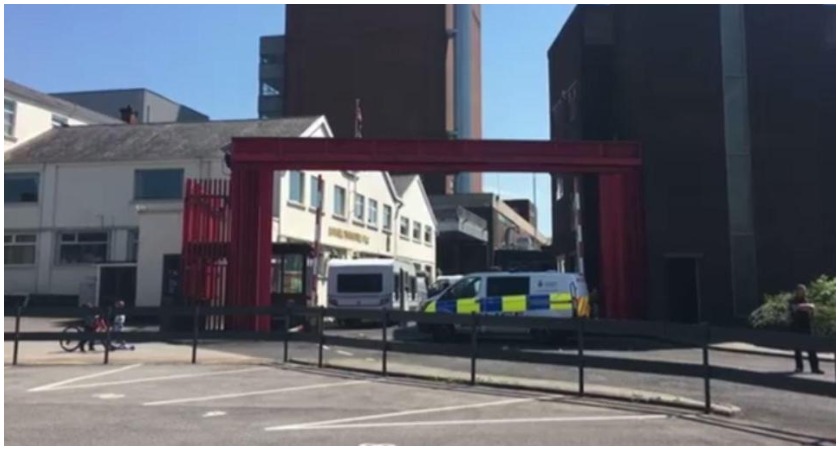 “We have established a crisis centre to ensure our customers can continue to do business with us, but every hour’s delay, or awaiting the courts opening on Tuesday after the bank holiday to get an eviction notice will mean further damage to our site and our business.”

After hours of negotiations with police the Travellers left the site last night.

Lancashire Police confirmed in a statement that the group had been repeatedly warned to leave before clearing off on Monday evening.

Superintendent Russ Procter said: “Following police intervention and with cooperation from those on the site, all the travellers have now left Thwaites Brewery in Blackburn.

"On Saturday evening travellers entered the premises with around 21 caravans and 25 vehicles on site.

“We are aware of concerns regarding alleged criminality at the brewery and are seeking to investigate any offences committed."

Thwaites spokeswoman Sam Thomas thanked the police and local MPs for their help, adding that staff were faced with a massive clean-up operation at the family-run business.

"Thank you to everyone who has supported us, either in person or through messages," she said.

"We really appreciate it and we are glad to have our site back.”