THE demand for Irish passports ahead of Brexit is continuing to surge, with over 533,000 applications so far this year.

Figures from the Irish Passport Service show an average of more than 100,000 applications are now being made each month, with March 2019 the highest on record.

Although a number of factors are thought to be behind the upswell in demand – including an increase in the number of Irish people travelling and a tendency towards early renewal – officials believe Britain's impending departure from the EU on October 31 remains the key motivation for applicants.

See also: How to get an Irish passport: Am I eligible, how do I apply and how long is the wait?

Speaking to the Journal, an Irish Government source said: "Extreme peaks in demand from the UK and Northern Ireland were seen in February and March.

"The numbers are remaining high every month but those peaks were definitely seen in the context of Brexit".

Prior to this year, there were only two months on record in which the number of Irish passport applications topped 100,000.

The fact that every month in 2019 so far has surpassed that figure shows "how busy it is", the source said.

Although the upsurge in demand has caused difficulties for the Irish Passport Service – including having take on hundreds of extra staff since the Brexit vote in 2016 – 99% of applicants are still receiving their passports within ten working days. 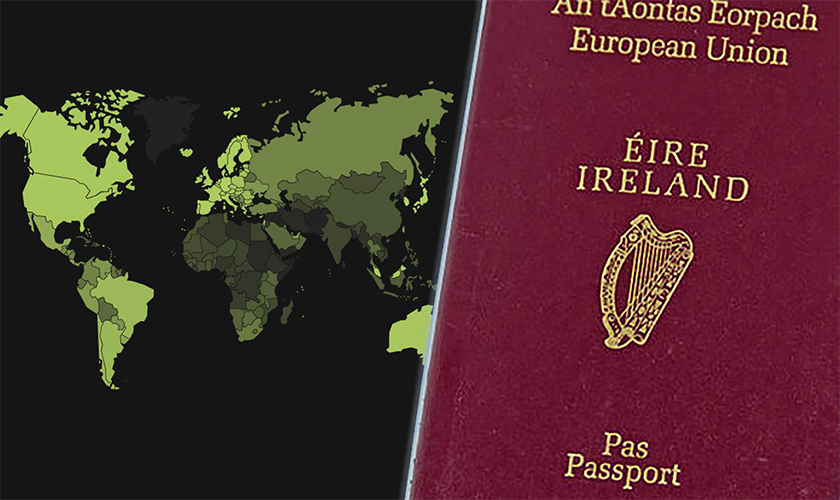 Over 500,000 Irish passport applications have been made from around the world so far in 2019 (Image: File)

This is believed to be down to the success of the Online Passport Renewal Service, which launched in 2017 – with almost half of all applications now being received through the online portal.

"The fastest way to get your passport renewed is online, it’s light years faster than contacting a TD,” the government source added.

"This is an essential change in behaviour, the system would be crippled if all of these applications were coming in on paper.

"We are seeing people migrate to online renewal of their passport and we are getting great feedback on the speed passports are being issued through the online system dfa.ie/passports."

Overall last year, more than 822,000 Irish passports were issued to applicants from around the globe – a record number that will almost certainly be surpassed in 2019.

As many as 300,000 additional passport applications are expected to flood in should a no-deal Brexit occur, while the Irish Passport Service expects up to 100 additional staff would be needed in such an event.