Celtic are out of the Champions League after twice letting a lead slip in a 4-3 defeat at home to Romanian side CFR Cluj this evening.

The Scottish champions side fell behind on the night to a Cirpian Deac's header in the 27th minute, but rallied to lead 2-1 thanks to goals from James Forrest and Odsonne Edouard just past the hour mark.

In a chaotic final quarter, captain Scott Brown’s handball allowed Billel Omrani to score from the spot and make it 3-3 on aggregate.

Ryan Christie soon put Celtic back in front but Omrani quickly levelled again on the rebound in the 80th minute to put the Romanians ahead on away goals again. 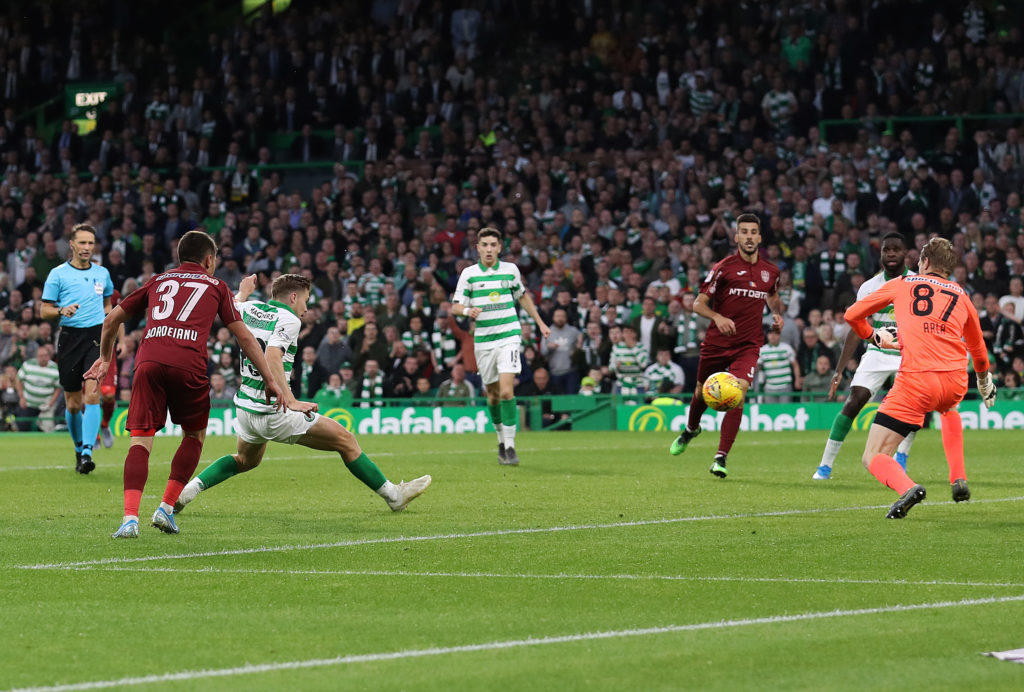 With Celtic needing a winner, George Tucudean stunned Glasgow with the last kick of the game to seal a 5-4 aggregate win in the third qualifying round.

"The goals we conceded are crazy,” Lennon rued afterwards.

“You've got to do the basics well - you've got to stop crosses, close people down, get your head on things - and it was almost as if we scored and wanted to switch off.

"We've only ourselves to blame. If you don't do the basics defensively well enough then at this level you get punished. We've let it go.”

Approach to the game

The Hoops boss was critical of his side’s lack of intensity in the opening period and their lack of concentration after finding a route back into the game.

"We didn't compete in the first 45 minutes at all," he told BBC Scotland. "The second half we really had a lot more urgency but the goals we conceded are crazy. We needed that two-goal cushion really.

"What surprised me was our approach to the game. We've worked hard to get where we are and we've basically thrown it away.

"Now we need to look at the Europa League, make sure we qualify first then take it from there."