Heartbreaking tributes pour in for Irish soccer fan, 30, who drowned in Denmark

THE Irish soccer fan who drowned in Copenhagen ahead of last night's Nations League match in Denmark has been named as David Clerkin from Drogheda, Co. Louth.

Mr Clerkin, 30, had travelled to the Danish capital along with hundreds of other Green Army fans to watch the Republic of Ireland take on Denmark in the nearby city of Aarhus. The game finished 0-0.

The Irishman died a short time after being pulled from Copenhagen Harbour in the Havnegade area of Copenhagen on Sunday morning.

An investigation into his death is ongoing, but a spokeswoman for Danish Police confirmed the tragedy was not being treated as suspicious.

The Boys in Green wore black armbands last night as a mark of respect to Mr Clerkin, while both teams also observed a minute's silence in honour of the tragic supporter.

Mr Clerkin was a devoted fan of his local side Drogheda United, and the club expressed their condolences with his family prior to kick-off in Denmark.

The club tweeted: "Drogheda United would like to express its deepest sympathies and condolences to the family and friends of David Clerkin who passed away yesterday in Copenhagen.

Drogheda United would like to express its deepest sympathies and condolences to the family and friends of David Clerkin who passed away yesterday in Copenhagen.

In a statement, the FAI said: "The Football Association of Ireland is deeply saddened to learn of the passing of a Republic of Ireland supporter in Denmark.

"The FAI has expressed its condolences to the family of the supporter, who passed away in Copenhagen, ahead of the UEFA Nations League game between Denmark and Ireland.

"The FAI continues to work with An Garda Siochana and the Department of Foreign Affairs and Trade on the matter."

Tonight we remember one of our own 💚 #COYBIG pic.twitter.com/eEocoCPpbL

"It is terribly sad news to hear of the tragic death of an Irish football supporter in Copenhagen this weekend," Mr Ross said.

"My thoughts are with the man’s family at this dreadful time. Ireland’s football fans have always represented the country so well on their travels and the last thing anyone ever wants to receive is terrible news of something awful like this. It puts sport into perspective."

Junior Transport, Tourism and Sport Minister Brendan Griffin added: "It really is desperately sad to learn that somebody who made the journey to support their national team will not be returning home afterwards. 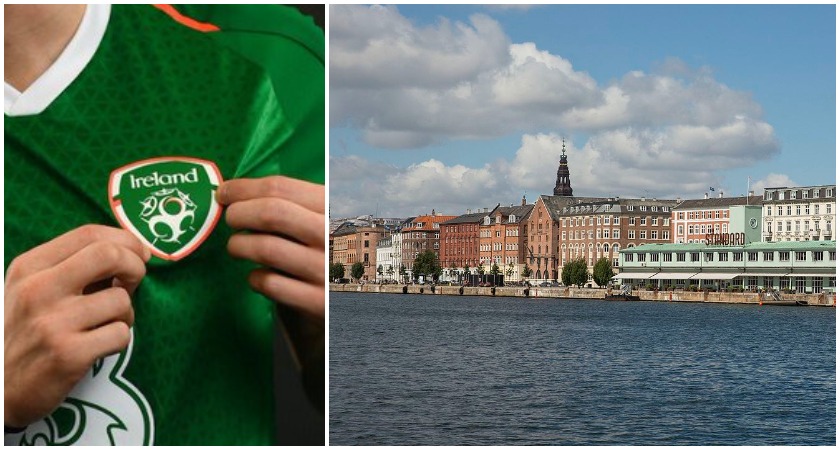 "Travelling to support your country in any sport is supposed to be a joyous occasion."

Irish supporter groups also paid tribute, with a YBIG spokesman saying: "Our heartfelt condolences go out to all of the family and friends of the man who passed away on Sunday.

"Ireland fans are like a big family when they travel away, so it affects everyone.

"Our thoughts and prayers go out to everyone affected."

Republic of Ireland fan, 30, tragically drowns in Copenhagen ahead of Nations League clash with Denmark