‘HSE is third world compared to NHS’: Mum of Irish boy who died after being forced to Britain for transplant

THE mother of an Irish boy who died after being forced to travel to Britain to undergo a heart transplant operation says Ireland’s HSE is a ‘third world’ healthcare system compared to the NHS.

Gavin, from Donaghmede in north Dublin, suffered from a rare heart condition known as Severe Dilated Cardiomyopathy with Heart Failure.

He spent the last few months of his life in Newcastle’s Freeman Hospital after the HSE transferred him to the NHS.

He was not able to be treated in Ireland as the country does not have child transplant facilities such as those available in Britain.

Ms Coyne says the fact she and her family had to travel to England to be with their dying son made an already horrendous situation even worse.

“When Gavin was put on that plane we were told ‘right you can go and book your flight now, here’s a phone number in case you get stuck’. That was it,” she said.

“We were booking our flights two hours before we were flying and they’re incredibly expensive. All the while we didn’t know if Gavin was going to make it to Britain alive.

“There was no person to liaise with who could book our flights or at least take us to the airport. There was no one to introduce us to the doctors or even tell us how to find our way around Newcastle. We were on our own.”

Ms Coyne said she believes that if child transplant services were available in Ireland, her son would still be alive.

Children in Ireland have to be first reviewed by a British medical team before they can be listed for a transplant.

“Crumlin [Dublin Children's Hospital] gave it everything they could but, at the end of the day, they don’t have heart transplant services for children. 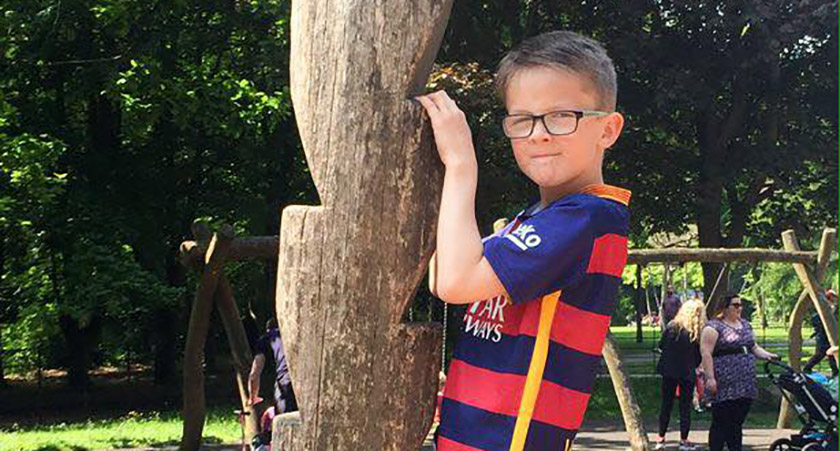 "Gavin could've been placed on the transplant list weeks earlier but he wasn't because they can’t put a child on a British list over here in Ireland.”

She says that the weeks it took to assess Gavin and transfer him to Britain could have been spent getting him a donor.

“I just don’t see the reason why in this day and age kids have to be sent out of the country because we can’t treat them ourselves. It’s ridiculous.”

She added: “British people don’t know how lucky they are with the NHS. Ireland has a third world healthcare system in comparison and it embarrasses the HSE.”

Ms Coyne has vowed to change the situation of Irish children being sent to Britain for transplants and hopes to stop other families from experiencing the anguish Gavin’s did.

The family hope to establish a charitable foundation in Gavin’s name soon and want to raise enough money to help other families forced to travel to Britain for treatment.

“There’s families who can’t afford it and if they’re being sent out of the country by Ireland then they should be looked after,” Ms Coyne said.

“Sadly with the HSE the right hand doesn’t know what the left it doing – it’s terribly run and the new health minister [Simon Harris] needs to fix it from top and bottom.”

“We don’t want to have to see another child die in England because they couldn’t be treated by their own country.”

It took 10 days for little Gavin’s body to be returned to the family after his post-mortem, which only exacerbated the family’s pain.

They also had to pay hundreds of euro for flights and for a hearse to collect his body. Added to that were some €6,500 of funeral costs. 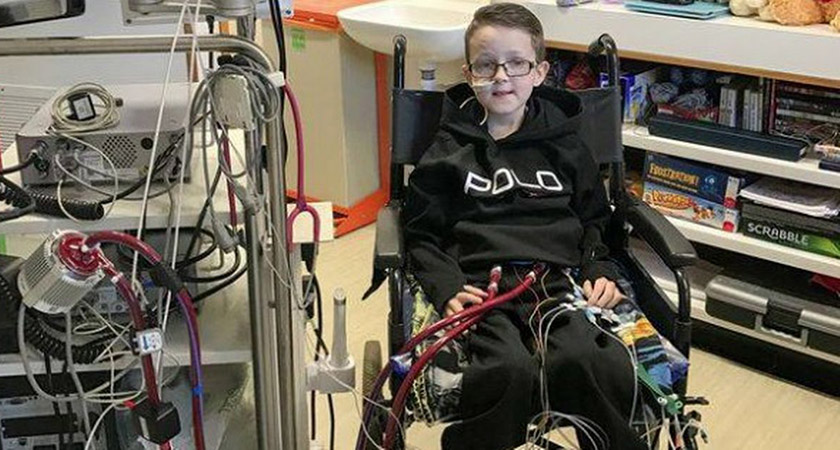 It recently emerged that Irish children awaiting a transplant in the Britain cannot be guaranteed transport within the required time frame due to staffing difficulties in the Air Corps.

Ms Coyne is calling on the Irish Government to establish a paediatric transplant unit in Ireland.

She also wants to see the current organ donation system converted into an opt-out system, making organ donation the default option at the time of death.

Gavin, who had previously never had any health problems, was diagnosed with heart failure in November last year after suffering from what was originally thought to be a stomach bug.

The gifted schoolboy, who achieved one of the highest scores his teacher had ever seen in both Maths and English, quickly saw his condition deteriorate after being transferred to Britain.

Gavin suffered a massive bleed on the brain and died just as he had been showing signs of progress and had begun walking after weeks of being bedridden.

“Everything happened so quickly. Before November I knew nothing about the state of transplant services in Ireland and now I am determined to change them for the better,” Ms Coyne said.

“My son is gone but it shouldn’t have to happen to anyone else. Something has to be done.”

A spokeswoman for HSE told The Irish Post: "The HSE wishes to express its sympathy to the Coyne family on the recent loss of their son Gavin.

"While the HSE does not comment on the detail of individual cases, as background information, it is not current health policy to have paediatric heart transplant services in Ireland due to the low volume of activity.

"However, this position is under review.”