NAPA, CALIFORNIA - AUGUST 19: The LNU Lightning Complex fire burns in the hills surrounding Lake Berryessa on August 19, 2020 in Napa, California. The LNU Lightning Complex fire is spread over 5 counties and has burned over 124,000 acres. The out-of-control wildfire has destroyed at least 50 homes and is zero percent contained. (Photo by Justin Sullivan/Getty Images)

THOUSANDS OF people have been evacuated from California as the state experiences some extraordinary-- and dangerous-- weather.

In just 72 hours, 11,000 lightning strikes are estimated to have struck areas in Northern California, and over three hundred wildfires are burning across the state.

The lightning strikes and wildfires are connected, with a cluster of 23 major clusters being blamed on "extraordinary weather" and "all of these lightning strikes", according to California governor Gavin Newsom. 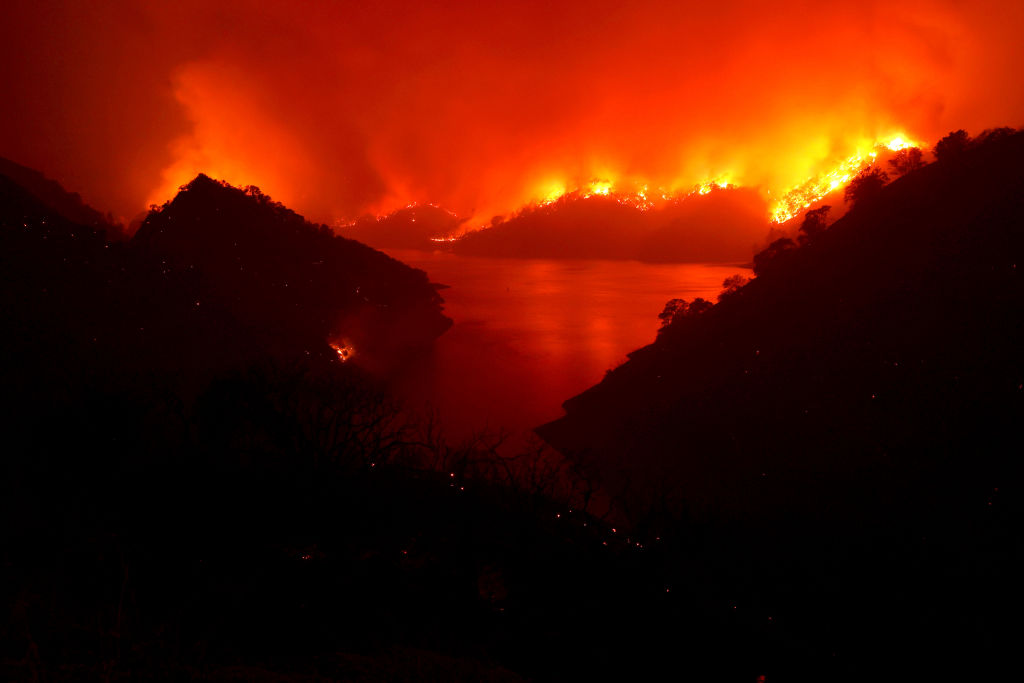 Thousands of people have been evacuated, and fire crews have worked tirelessly to beat back an quench the fires which threaten peoples homes and livelihoods.

Tragically, one firefighting pilot lost his life tackling the blaze, crashing his helicopter while dropping water in Fresno County, according to The Journal.

The unnamed pilot was working with emergency service company Guardian Helicopters, who partnered with CalFire to help extinguish the devastating fires. 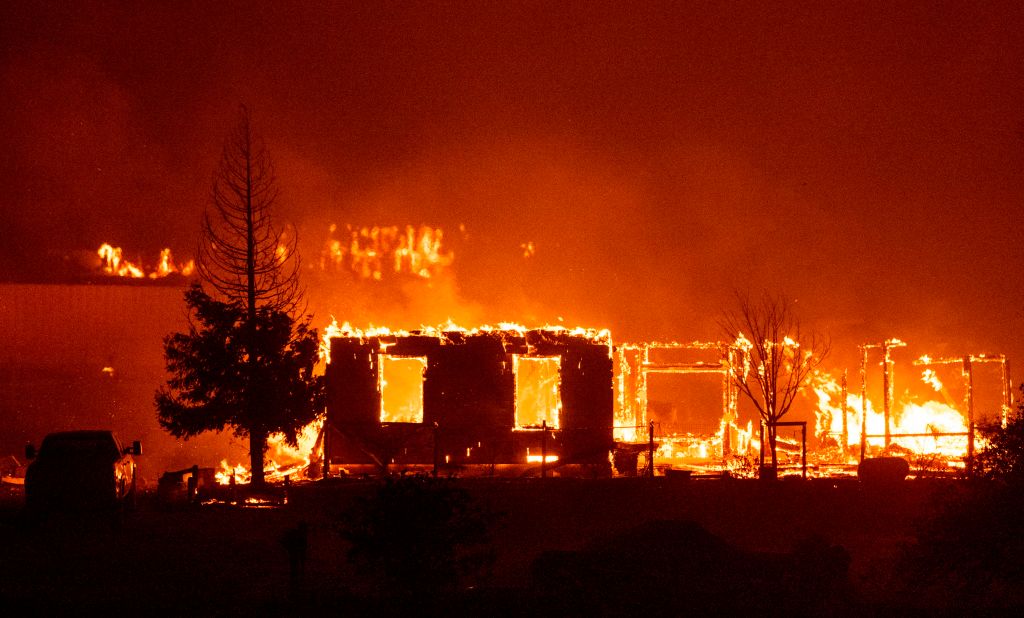 AN estimated 8,000 residents have been evacuated from areas in Solano County, with 12,000 more people told to be prepared to flee if necessary.

The out-of-control wildfires come during a brutal heatwave affecting around 80 million people in 10 states.