AN inspirational Irish actor who overcame paralysis to continue his career in acting has died in London aged 78.

In 2005, John was traveling on a London Underground escalator when he fainted and plummeted, free-fall into the depths of Holborn station, cracking his spine in the process.

He was just five minutes from home but never arrived, spending the next year in hospital instead.

The damage he incurred in the accident could not be reversed and Rogan was paralysed from the waist down and confined to a wheelchair for the rest of his life.

But the inspirational actor did not allow his misfortune to ruin his career and the self-confessed ‘glass half full’ actor continued to work beyond his accident.

Rob Gibbons, a long-time friend of John’s, said the late actor’s family and friends were grateful for the “warm thoughts” they had received since his death on March 19.

"John was fully active socially and in relation to his work right up to the last moment, which is why we were all so shocked by his passing,” Mr Gibbons said.

“Indeed, he had two theatre visits and a mid-week dinner planned for the following week. Apart from feeling rather tired, there was nothing to suggest he was about to leave us so soon, or so suddenly”.

He added: “I would like to thank those who have been in touch to offer commiserations and condolences on John’s death.” 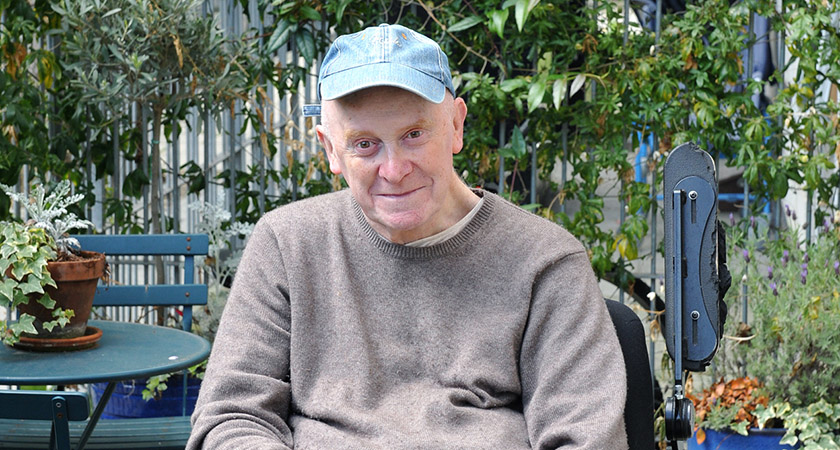 Mr Rogan’s funeral will be held in London on Thursday, April 6. A memorial service is also being planned.

In an interview with The Irish Post in 2012, John said he was determined not to let his horrific accident ruin his life.

John said it was family and friends – including theatre favourites Judi Dench, Charles Dance and Ray Fiennes, who were bedside regulars – who pulled him through.

“I think I was also very lucky that I let all my emotions come out. I was angry and cried, I screamed, I got panic attacks. I am not at all religious, but for a while I tried religion – you try anything in that situation.

“Basically I didn’t sit there and pretend it was all ok because it wasn’t, it was f’n awful. It was f’n terrible.”

He added: “Disability in general is treated with great respect in the theatre. Love and affection even. I think they are much more open-minded to it now, but if this had happened 10 or 20 years ago I imagine I would never have worked again.”

Before he died, Mr Rogan was keen to help anyone experiencing a similar situation.

“Ultimately whatever life throws at you, you have two choices; stick your head in the gas cooker or continue. I know what I prefer.”

He added: “Your situation might be very tough, but you have to face up to it.

“You can never give up hope. Just live within your limitations as much as you can and never give in to feeling old, even if one is old – that, in fact, is advice that can apply to everyone.”