PRESIDENT MICHAEL D Higgins and Taoiseach Micheál Martin were both in attendance for a poignant ceremony at Croke Park commemorating the centenary of Bloody Sunday in Dublin.

Saturday November 21, 2020 marked exactly 100 years since 14 people were killed or fatally wounded by British forces during what was supposed to be a peaceful Gaelic football match.

Dozens more were injured in the attack, which left families bereft and sent shockwaves through the Irish capital during Ireland’s War of Independence.

Due to the ongoing coronavirus pandemic and restrictions that have accompanied it, only a limited number of people were in attendance for the commemoration which preceded the Leinster senior football final between Dublin and Meath.

Instead, the organisers at the GAA encouraged the public to light a candle at home in remembrance of the 14 victims.

As part of the tribute to those killed on Bloody Sunday 14 flames were lit in a dedicated area of Hill 16 inside the stadium along with a corresponding pillar of light paying tribute to each of those who died.

A moving oration from actor Brendan Gleeson accompanied proceedings with the actor reading each of their names aloud as a corresponding flame torch was lit in their memory. 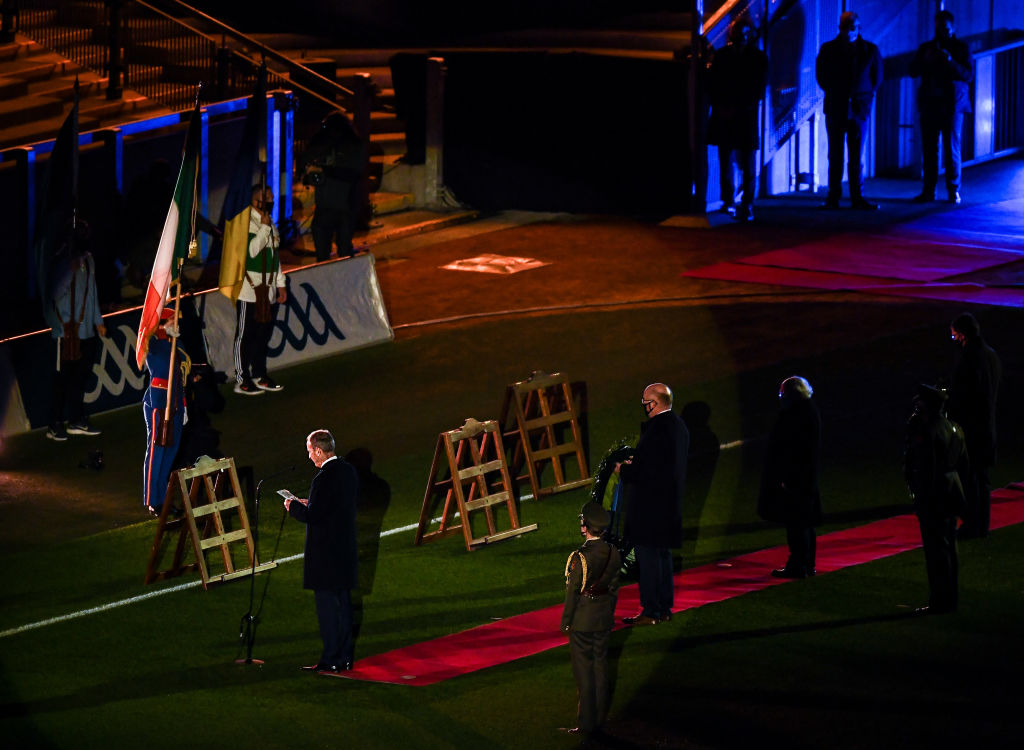 As part of the service, there was specially commissioned piece of music by Colm Mac Con Iomaire was performed.

The President of Ireland was among those to lay a wreath at the ceremony, reflecting on the lives that were irrevocably changed that day, 100 years ago.

“We recall today those lost and those who suffered with a sense of profound sadness and outrage even, but also as a reminder of the fragility of the hard-earned peace to which we have become accustomed and the consequences that flow from the abuse of power and the failure of diplomacy and politics,” he said.

“That the events that took place can, in their brutality and casualness to the taking of life, still shock and challenge us all is to be understood.

“People from different backgrounds on the island may reflect on Bloody Sunday in different ways.

“We must respect this and be open to differing perspectives, and encourage a hospitality for these differing narratives of the events of that day.

“For all of us, to avoid becoming captives of any frozen version of the events of our past, we must find the courage to remember painful events with honesty.

“Doing this can only assist us in taking responsibility for the present and our shared, peaceful future together.” 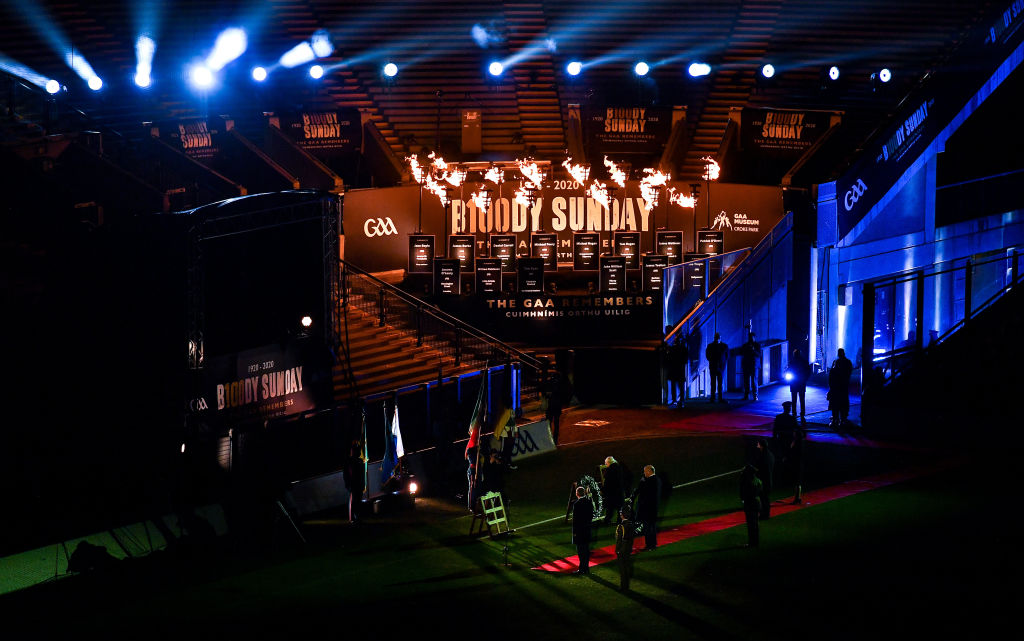 The Taoiseach described Bloody Sunday as “one of the most poignant days in Ireland’s struggle for independence”.

“The violence of what happened in Croke Park still has the capacity to shock and move us,” he said.

Earlier an unofficial ceremony took place outside Croke Park involving a short procession led by a piper with flowers and pictures of those who died laid outside the ground while onlookers applauded their memory.