Ireland ranked third most charitable country in the world

IRELAND has been listed as the third most charitable country on earth, according to a new study.

Research conducted by online fundraising platform Savoo shows that the US and the UK are the only two countries considered more generous than Ireland.

The Emerald Isle pips the likes of Germany, Canada, Australia and New Zealand to third spot, offering up a fine reflection of the country's giving nature.

The study took into account a number of charitable indicators, including:

Ireland is world number one on GoFundMe's donor list, securing the crown for the first time in 2020.

Their report found that Galway was Ireland's most generous town, followed closely by Dublin, Limerick, Cork and Waterford. 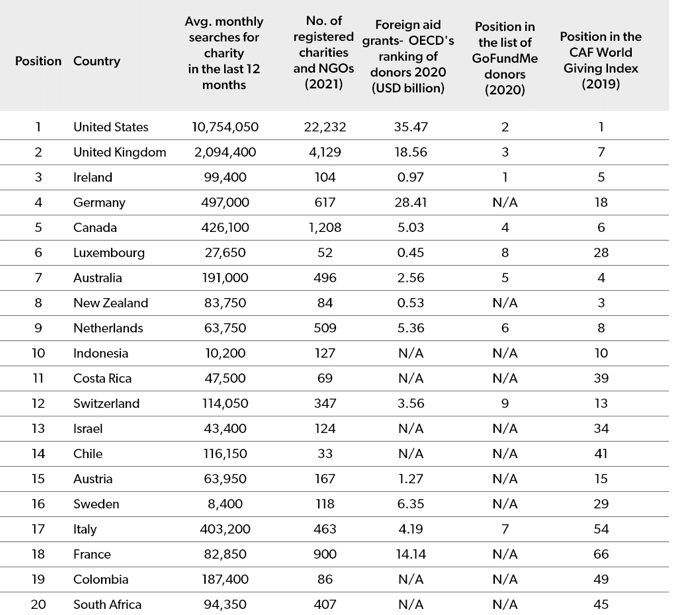 Nearly 100,000 searches for charities were entered in Ireland last year, while the country boasts 104 registered charities, more than New Zealand which has a similar population.

The US, which is by some distance the world's most charitable nation, performs fantastically well in all metrics.