THE SKELETON of an Irishman, which has been on display in a British museum for more than 200 years, could finally be released for burial.

Charles Byrne, who grew to a height of 7' 7", died in 1793 at the age of 22 and his skeleton has been on display at a Royal College of Surgeons (RCS) museum for much of the last two centuries.

The college has come under pressure in recent years to release the skeleton so it can be respectfully buried.

Before his death, Byrne said that he wanted to be buried at sea in a lead coffin to stop his body being used for scientific research.

However his remains were acquired by surgeon John Hunter, who put the Irishman’s skeleton on display as part of his collection of anatomical specimens.

The RCS acquired Hunter’s collection in 1799 and Byrne’s skeleton has been on display at the college’s Hunterian Museum for much of the time since then. 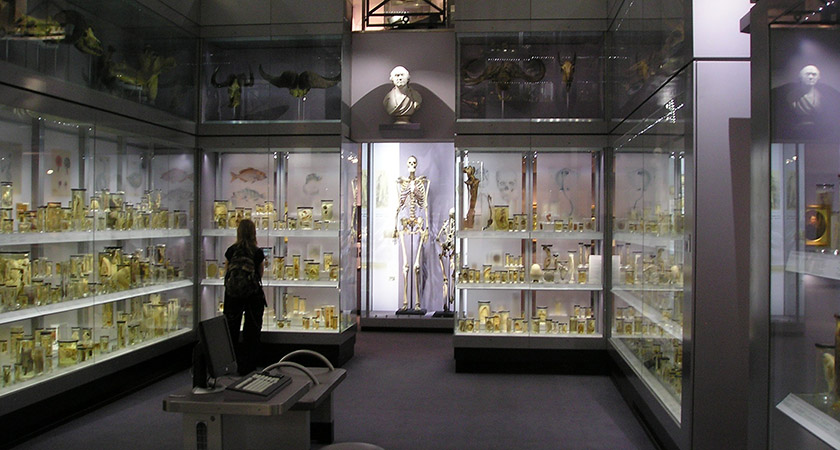 Until now the RCS has resisted calls for Byrne’s body to be released so that his final wish can be granted.

However with the museum set to close for refurbishment until 2021, the organisation is said to be considering releasing his remains.

In a statement, a RCN spokesman said: “The Hunterian Museum will be closed until 2021 and Charles Byrne’s skeleton is not currently on display.

“The Board of Trustees of the Hunterian Collection will be discussing the matter during the period of closure of the museum.”

Last year US historian Richard McKee set up a petition calling on the RCS to return Byrne’s bones for burial.

At the time, Thomas Muinzer, a legal scholar at the University of Stirling in Scotland, told The Irish Post that the RCN’s retention of the skeleton for scientific purposes was no longer tenable.

“The Hunterian Museum and the Royal College of Surgeons’ possession of Byrne’s skeleton may once have benefited medical research,” he said.

“But as a justification for not burying his skeleton, that case is no longer tenable.

“Now that Byrne’s DNA has been extracted, it can be used as an alternative in further research.”

Byrne was born in Derry in 1761 to a poor family with no history of gigantism.

He possessed an excessive growth hormone and was exhibited for money as a ‘curiosity’ in his native Ireland as a young man.

After moving to London to pursue his career as an exhibition, Byrne was befriended by Hunter, who wished to use his corpse for research purposes after his death.

Byrne refused, but at his funeral his coffin was opened and his corpse was swapped for a dead weight.