PUBS ACROSS Ireland are legally allowed to operate delivery services providing customers with freshly-poured pints of Guinness and other beers, it has been confirmed.

Several bars across the Republic began operating door-to-door dial-a-pint services after the government ordered pubs and other businesses to close as part of lockdown measures designed to slow the spread of coronavirus.

However, in recent weeks several ended up being shut down by Gardai amid concerns that these delivery services were in breach of liquor licensing laws.

At the time, officers told publicans they were seeking legal advice on whether pubs delivering drinks and selling takeaway beverages from their premises were in breach of licensing rules.

Now, according to the Irish Times, Garda Headquarters has been told that both practices do not contravene liquor licensing laws.

According to the report, pubs will be allowed to continue with these delivery services provided the drinks purchased are paid for on licensed premises.

Takeaway sales are also permitted provided the drinks purchased are consumed more than 100 metres away from the pub they are bought from and not drunk in a public place.

All of which means pubs are now in the same category as supermarkets, hardware stores and pharmacies during lockdown can operate delivery and off-sales as an “essential service”

As long as drinks, including poured pints, are paid for on a licensed premises they can be delivered to customers.

Takeaway sales are also permitted once those buying drinks in that manner consume them more than 100 metres away from a pub and not in a public place.

The legal advice received by Garda headquarters is being circulated to every Garda member in the country.

It means pubs can operate delivery and off-sales as an “essential service” during the lockdown, like supermarkets, pharmacies, hardware stores and some other businesses. 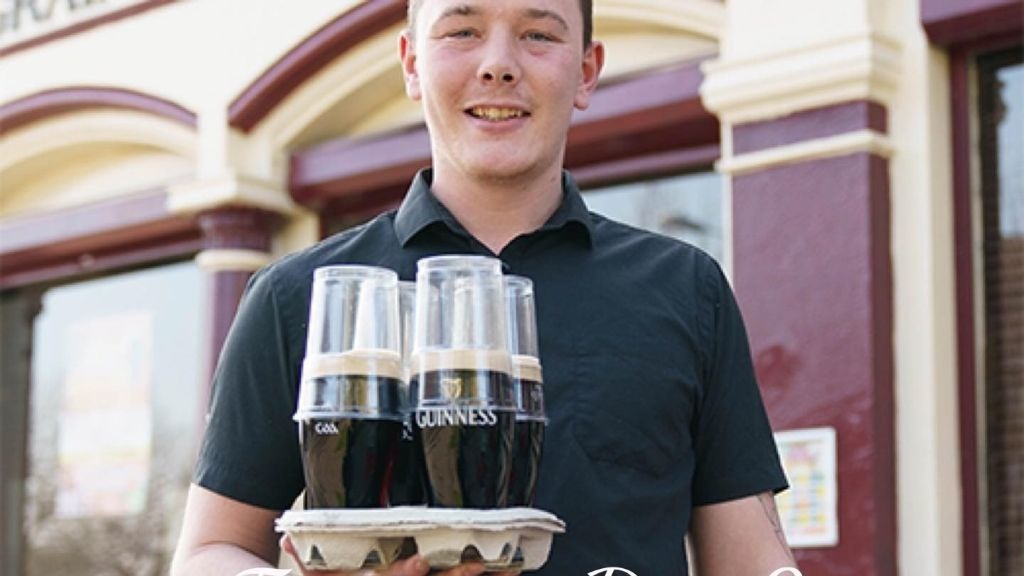 The legal advice obtained and published by the Irish Times states:

“Holders of on-licences may deliver intoxicating liquor to consumers for consumption in their private residences where the sale takes place at the licensed premises."

“The law is unclear whether it is lawful for holders of on-licences to pour, prepare or decant intoxicating liquor at the delivery location, which is a public place. Therefore no offence is committed.”

It also states that “persons may also attend the licensed premises and collect the intoxicating liquor purchased as a takeaway, and the same would be deemed a reasonable excuse” under the Covid-19 regulations, which therefore allows customers the option to travel more than the five kilometre limit from their homes provided they have a “reasonable excuse”.

Gardaí, however, retain the right to confiscate carry-out drink if they suspect it will be consumed “on the road or in a public place”.

The new legal advice is set to be circulated to garda across all of Ireland and could provide a major boost to pubs and bars previously prevented from conducting trade of any kind during lockdown.