FORMER glamour model Jayne Connery is campaigning for all dementia care homes in Britain to install CCTV to help protect their vulnerable residents.

Over 13,600 people have since signed the TV personality's petition to the British Government to have 'CCTV in all dementia care facilities by law' to prevent abuse of the elderly and vulnerable.

Today, April 14, Connery will hand the petition in at No 10 Downing Street.

"When I started out campaigning I had no idea I would get this much support from people," she said.

"These sick, frail, vulnerable residents need safeguarding first and foremost. Quite frankly the care system is flawed and we need to strip it back.

"Carers are overworked, overstretched and underpaid and that's not right."

She added: "I am not calling for covert cameras - the majority of the reason for CCTV in care homes is to not only safeguard its residents but also the carers who work there.
"For those people who don’t want CCTV you have to ask the question, why?"

The Government has already responded to Connery's petition by saying it does not object to the use of CCTV cameras in care homes on a case by case basis.

"Care home owners should consult with and seek the consent of residents and their families on their use," the Department of Health stated.

"We have made it clear, in statutory guidance to support implementation of the Care Act, that we expect local authorities to ensure that the services they commission are safe, effective and of high quality.

"The Government recognises that cases of abuse and neglect have been exposed as the result of hidden cameras. We acknowledge that there are occasions when it may be appropriate for their use to be considered.

However it also added: "CCTV should not be regarded as a substitute for proper recruitment procedures, training, management and support of care staff, or for ensuring that numbers of staff on duty are sufficient to meet the needs of users of services.

"Care provision is often personal, even intimate in nature.

"Filming or recording the more than 400,000 people who live in care and nursing homes whilst they are receiving personal care – for example, being bathed, helped to dress and eat - would represent a major intrusion into their privacy.

"For the great majority, whose care is good, such an intrusion could not be justified." 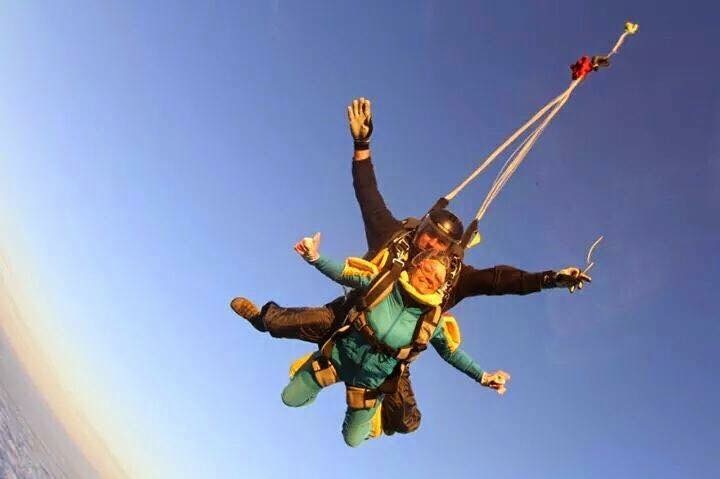 But speaking ahead of her Downing Street visit Jayne Connery said she was determined to see her campaign through.

"Many of the supporters of having CCTV in care homes are care workers and nurses themselves and they want it nationwide," she said.

Connery has also completed numerous charity fundraisers for the cause including an abseil, skydive and running 29 miles from her home in Buckinghamshire to Kings Cross in London in 2014.

The former glamour model from Buckinghamshire raised £1,300 for her skydive and over £1,000 for the abseil for Dementia UK.

She is now set to do a wing walk for Alzheimers research charity BRACE on April 28 already raising over £3,000 for the daring charity stunt.

You can donate to Jayne Connery's wing walk by clicking here.