AN Irish woman has hit at a London council after finding loved ones graves flooded and covered in mud.

Philomena Morley, who is originally from Galway, says she has had enough of the flooding that plagues her husband and son's grave in Carpenders Park Cemetery in Brent.

Mrs Morley, 61, says she has been left frustrated by Brent Borough Council's failure to act after the cemetery was flooded by rain. 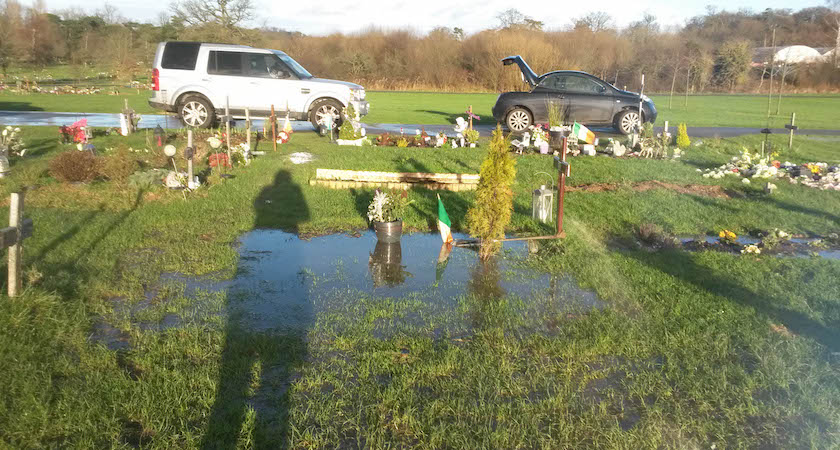 She also said that ducks and geese from a small lake within the cemetery wander around creating dirt.

Mrs Morley's husband Cornelius and son David - who died within three months of one another in 2012 - are both buried in the Oxhey Lane plot.

"Numerous graves are under ankle deep water every time it rains," the Irish woman said. "There is so much water that there are ducks and geese messing about in some people's graves and that just isn't right." 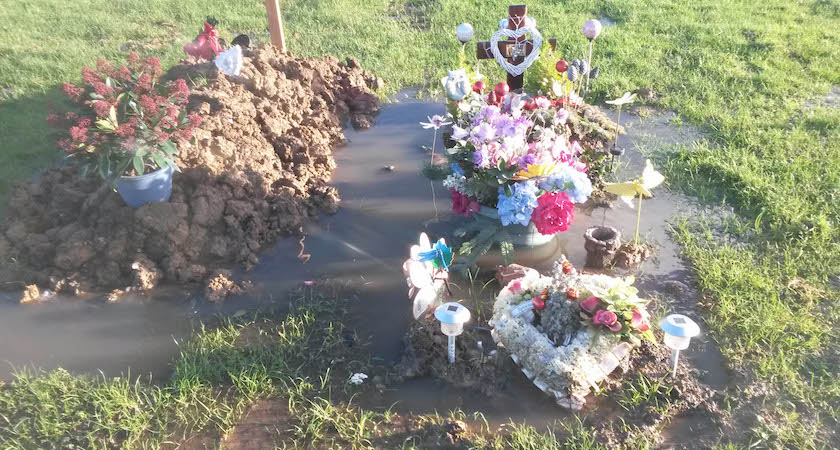 The water lodges on graves in the cemetery

"For four years it's been like that. If I had known that it would be like this I would have not buried them there," she added.

"It's very upsetting for me. Somebody has to do something. To get to my husband and son's grave I have to wear boots and wade through the water.

"The other day I had to remove some topsoil from the grave with my own dust pan and brush."

"I saw one man with a bucket at Christmas Eve bailing the water out of his loved ones grave before his mum came to see. 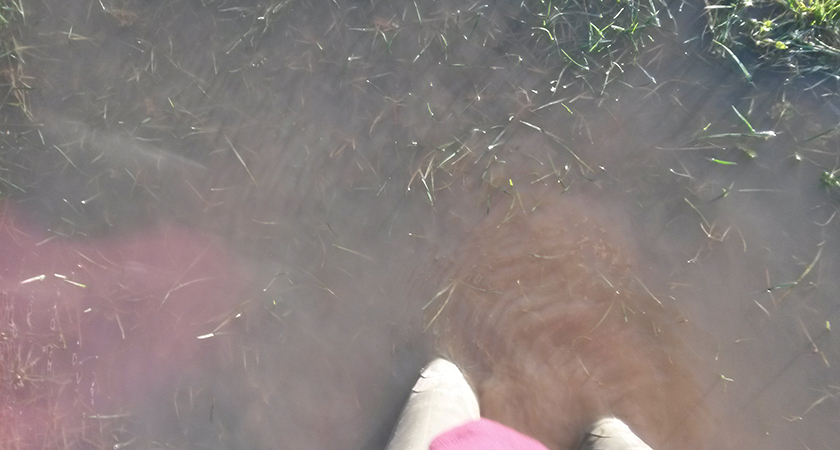 Mrs Morley said she is now fed up of asking the council for help.

"My daughter has given up calling the council. It's just going round in circles and it just puts you off.

"Nothing gets done and they just seem to blame the weather or each other," she said.

A spokesperson said: "Carpenders Park Cemetery is an old agricultural site and built on heavy clay, which means that when we get a lot of rainfall, water sometimes gathers in some of the more low-lying areas.

“We continually monitor the site to ensure the drainage system we have in place is fit for purpose and have, in recent years, installed a number of new land drains to address areas of the site prone to gathering water.

“We would be happy to meet with Mrs Morley at the cemetery to discuss any concerns she has and explore further options to address them."

It is not the first time Irish families have faced issues with cemeteries in Britain.

Last year outraged families were fighting the removal of the Irish tricolour from the graves of their relatives at Southern Cemetery in Chorlton after Manchester City Council gave a deadline by which the flags were to be removed.