AN IRISH woman who was brutally raped in Portugal in 2004 has told police looking into the disappearance of Madeleine McCann she believes the suspect may have been the man who attacked her.

Dubliner Hazel Behan was 20 years old when she underwent a horrific five-hour rape by a man who had broken into her apartment in Portugal's Algarve, 15 miles from where Madeleine disappeared in 2007.

Ms Behan's attacker was never found, however a new suspect in the McCann case, German national 'Christian B', was last year convicted of the 2005 rape of a 72 year old American woman in Praia da Luz, in an ordeal which bears extreme similarities to Ms Behan's own attack.

Ms Behan has waived her right to anonymity, and spoke to The Guardian where she said she was physically sick when she read about the rape of the elderly American woman, and wants police to investigate a possible link between the two attacks.

'Christian B' is a prime suspect in the case of Madeleine McCann, who vanished from this apartment block in Praia da Luz on the evening of May 3, 2007 (Images: File)

'Christian B' was arrested and charged with the rape of the US woman after friends found a disturbing video of the attack in his home, and Ms Behan revealed that one similarity between the cases is that her attacker had also filmed the attack after warning her not to scream.

She was working as a holiday rep in the Algarve area in 2004 when she was awoken in the middle of the night by a man calling her name. He dragged her to the countertop of the apartment's breakfast bar, tied her up, gagged her and cut off her clothes before producing a bag of whips and chains and raping and torturing her for around five hours.

She told The Guardian:

“I had gone to bed around 1am, and was awoken by someone calling my name. I turned on to my back and standing there was a masked man dressed in tights and what resembled a leotard, a machete around 12 inches long in his hand."

It was dark, and the attacker wore a face covering, but he spoke English with a German accent, Ms Behan said, and "I could see he had blond eyebrows, and piercing blue eyes, even in the dark", a description which matches the McCann suspect.

She also recalled that the rapist had a distinctive mark on the top of his right thigh, corroborating with reports in German media that 'Christian B' has birthmarks in that area.

“It seemed to me he had worked everything out, he had a plan and was very deliberate," Ms Behan told The Guardian.

"He consistently cleaned his hands, and repeatedly changed condoms."

Ms Behan had noticed things being moved in her apartment in the lead-up to the attack, such as money going missing, but said "I thought I was just being paranoid".

"I now know my attacker had entered the room and been stalking me in the period leading up to the attack."

After the five-hour ordeal, the attacker ordered her to perform "a certain act on him" but she couldn't, stating "I was gagging".

The intruder got angry, picked up the machete and ordered her to go into the bathroom, but Ms Behan refused and threatened to scream. 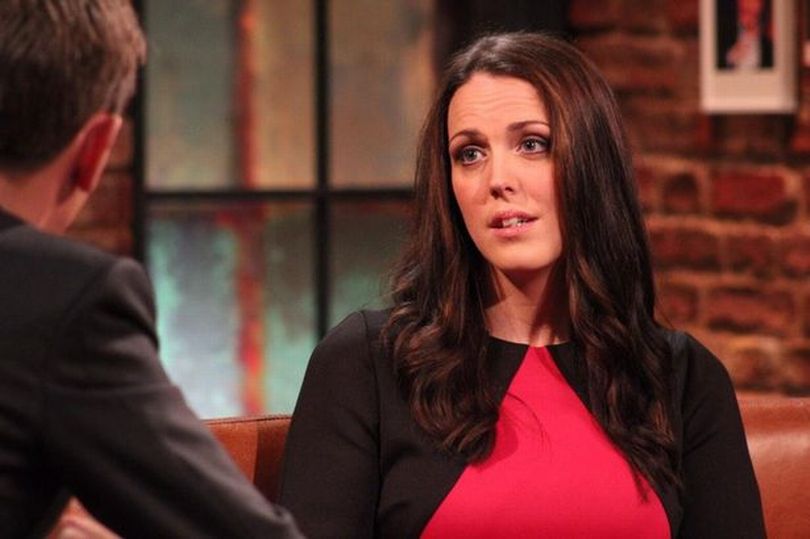 "My hands were still tied behind my back and he leaned me over a small bench and put a sheet over my head," she said.

"I thought that was it, my life was over. But underneath the sheet I watched as he backed out of the door, put on his shoes and ran away down the street.”

Ms Behan called the police, who arrived at the apartment and asked her "to strip off and stand in a starjump-like position whilst they took pictures of me".

"That was one of the most humiliating aspects of the whole ordeal," she said.

She was taken to hospital where she underwent a gynaecological assessment, but doesn't know if forensic evidence was taken, and says her wounds were not examined for evidence.

She also is "not confident" that police undertook a proper examination of the crime scene, as when she returned to the apartment with her parents a few days later, her mother found a fingernail in her bed which "must have come off in the initial scuffle".

The Dublin woman revealed that police told her to keep quiet about her brutal attack, as "I would bring bad publicity to the resort and put off the tourists".

The new revelations surrounding Bruckner, the American woman and the possible connection with Madeleine McCann, has caused hurt and anger to Ms Behan, who says if the police had properly investigated, "they might have prevented the attack on [the American woman], and Madeleine would now be at home with her parents".