A Lancashire glass manufacturer, he had been commissioned by Prime Minister Harold Macmillan to consider the future of broadcasting in the UK.

The Lancashire man concluded that commercial television was not serving the British public well — too many westerns and other US-influenced shows — and decided that as far as radio was concerned, everyone was better off with the BBC’s near-monopoly of the airwaves.

From a well-to-do background, O’Rahilly’s parents owned the port of Greenore at the mouth of Carlingford Lough in Co. Louth.

But the young O’Rahilly was something of an entrepreneur and had decamped to London in his late teens.

Already on the fringes of the capital’s alternative scene, O’Rahilly was galvanised into action by Pilkington’s report.

Having spotted an ingenious loophole in the radio licensing laws — one that allowed broadcasting from just outside British territorial waters — O’Rahilly bought a 700-ton former Danish passenger ferry.

He renamed both the ship and his radio station Caroline after the daughter of President Kennedy.

O’Rahilly had spotted a photomontage of her in Life magazine. In this, the four-year-old Caroline was pictured emerging from under her father’s desk during a meeting in the White House.

Jack Kennedy was playing with her, apparently leaving senior officials at a loose end, and affairs of state on hold.

The image of a little girl ‘disrupting government’ appealed to O’Rahilly, and he set out to do exactly the same as far as broadcasting was concerned.

His new acquisition was refitted in Greenore, and with radio masts and transmitters aboard, the MV Caroline set sail for the east coast of England. 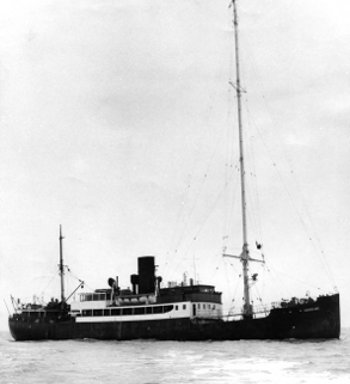 Anchoring three miles off the Suffolk coast, Radio Caroline began broadcasting to a British public whose choice of popular music was until then limited to either the BBC’s Light Programme, or Radio Luxembourg.

The latter reached much of Britain’s youth, but its output had steadily become dictated by a handful of major record companies.

Radio Caroline took to the air as the first of the pirate stations on March 27, 1964.

Others soon followed, but the pioneer, O’Rahilly, deserved and delighted in his nickname The Godfather of Pirate Radio.

Minister of Technology Tony Benn denounced pirate stations as a ‘menace’, both on artistic and practical grounds.

Their signals were accused of interfering with emergency shipping airwaves. The Broadcasting Offences Act was introduced, and on August 14, 1967 all pirate radio stations were outlawed and ceased broadcasting — except Radio Caroline.

In reply O’Rahilly used Caroline to campaign vigorously against the Labour government in the 1970 general election. Labour duly lost — although this was not entirely down to O’Rahilly’s efforts.

Ronan O’Rahilly moved to London in the early 1960s with a view to a career in the film industry.

However, he was soon running the Scene Club in Soho, playing a tangential part in establishing several rock bands including the Rolling Stones.

He also continued working in cinema, becoming an executive producer on the Marianne Faithfull film Girl on a Motorcycle.

He briefly managed the actor George Lazenby, an association that wasn’t entirely successful. At the time the Australian actor was playing James Bond in the 1969 movie On Her Majesty’s Secret Service.

O’Rahilly earnestly and insistently advised Lazenby not to sign a contract for seven more Bond films. This was on the grounds that the ‘swinging sixties’ would render the figure of James Bond hopelessly establishment and archaic.

Roger Moore got the part instead.

Ronan O’Rahilly’s grandfather, Michael O’Rahilly, known as The O’Rahilly, was a co-founder of the Irish Volunteers and one of the leaders of the 1916 Easter Rising.

He died after a firefight outside the GPO in Dublin.

The young O’Rahilly was always proud of this connection and would say that he had “inherited the rebel gene”.

O’Rahilly spent his final years living in Dundalk, where he died of vascular dementia.