ITV have been forced to apologise after Ant and Dec wore headwear which was deemed to be offensive during a performance on the duo's hit-show Saturday Night Takeaway.

The Geordie hosts were seen wearing bandanas featuring the Japanese Rising Sun flag while 'performing' karate moves during a martial-arts inspired segment of the show.

They were on stage with singer Anne-Marie while she performed her single Ciao Adios.

A number of people took offence to the headbands because of their references to Japan's imperialist past.

The Rising Sun flag was used by the nation's navy during the second world war, while they were allied with Nazi Germany, and some view the symbol in the same light as the swastika.

ITV apologised "for any offence caused" and and have now re-edited the clip so that the flags aren't shown to catch-up audiences.

Anne Marie took to Twitter to hit out at the choice of costumes following the show, apologising for the "hurt" caused and saying she had "nothing to do" with the outfits.

"Unfortunately, education on this part of the history wasn't done and I am also hurt by the pain this signifies for so many people," she wrote.

Despite the controversy, the flag has been widely used as a national symbol in Japan for centuries, and extends far beyond its use in WWII. It commonly appears on products, in advertising and in popular culture in modern-day Japan.

Today, the Rising Sun is still the flag of the country's navy and a slightly different version is used for the regular military. 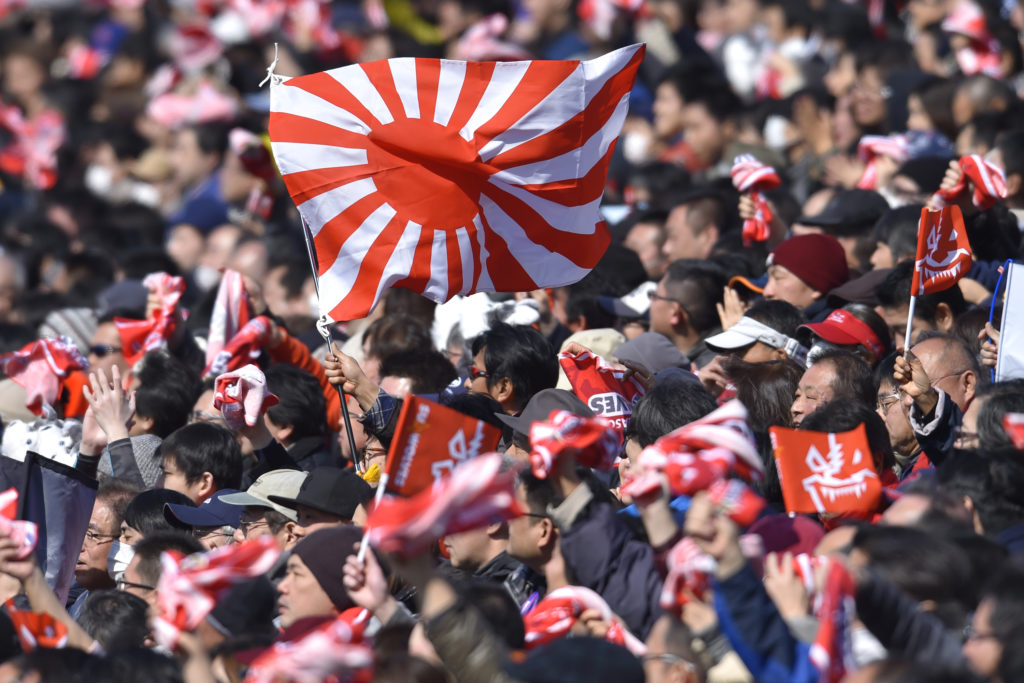