The game had to be stopped for a brief time while an announcement rang out around the John Smith Stadium, warning against "offensive behaviour".

McClean was seen applauding as the announcement was made.

The FA are to launch an investigation into the incident after chants about the IRA - directed at the Derry-born winger - were allegedly heard coming from sections of the home crowd.

Stoke City's head of media and communications, Fraser Nicholson, said after the game: "Just to provide some context for that, James McClean is being encouraged to report abuse that he receives that's of a sectarian nature to the match official.

"He did it on Boxing Day when he was subjected to it by Sheffield Wednesday fans and obviously felt the need to do it again."

McClean has faced abuse of this nature for several years, particularly due to his refusal to wear a poppy on his shirt around Remembrance Day.

Speaking after the game about McClean's decision to report the chanting, O'Neill said: "He's 100% right to do so. 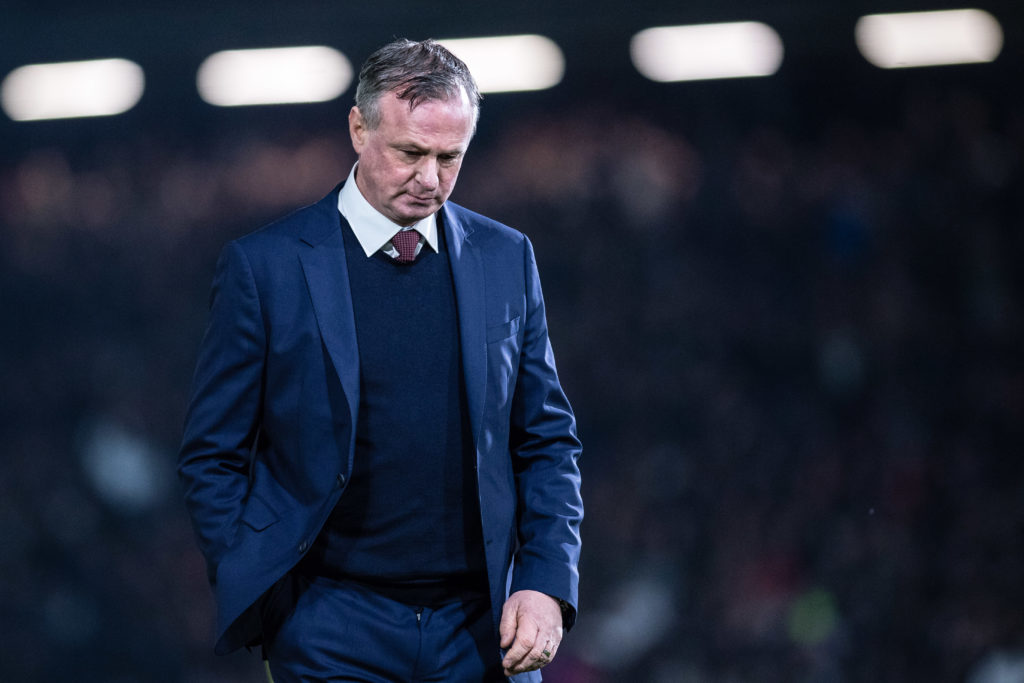 Cowley echoed his counterparts sentiments, promising to track down the fans guilty of the abuse.

"This is the year 2020 and there should be no place for sectarianism or racism in football," Cowley said.

"We condemn any such behaviour and the club will launch an investigation to find the people who did this."

Stoke won the game 5-2 to keep themselves a point clear of the drop-zone.