John Dowling: Irish lecturer, 66, stabbed to death in Paris laid to rest as security guards who tried to save him recall tragedy

AN Irish lecturer who was hacked to death by a former student outside a French university earlier this month has been laid to rest, as more details emerge of the brutal attack which claimed his life.

John Dowling, 66, an English language teacher originally from Dublin, was fatally stabbed outside Pôle Universitaire Léonard de Vinci in northwest Paris on Wednesday, December 5 as he left the campus for lunch.

His attacker, 37-year-old Pakistani national Ali Rajput, was kicked out of the institution last year after failing his first-year exams and has since been charged with murder.

The university's security guards have now broken their silence for the first time since they witnessed the senseless killing of Mr Dowling, who was due to retire after two decades teaching there.

Head of security Sebastien Morilhat, 44, said he spotted Rajput conversing with Mr Dowling out in the forecourt just moments before he pulled out a steak knife and stabbed him 23 times. 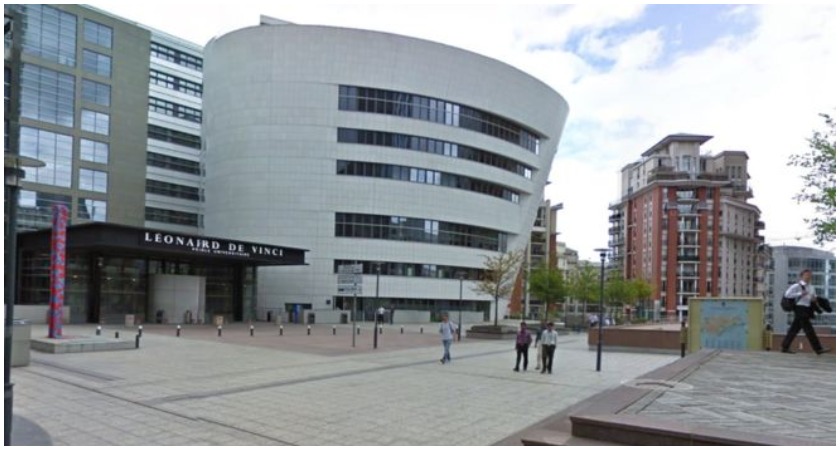 The Irishman was brutally hacked to death outside the university he first taught at in 1999 (Image: Google)

"This is a young man we were watching because after being excluded in 2017 he had already returned several times, especially to meet management," said Mr Morilhat, who is employed by a security firm utilised by the university, in an interview with Le Parisien newspaper.

"A report had already been made to the local police station, but at the time no offense had been committed and the student did not display aggressive behavior".

Mr Morilhat said he asked one of his CCTV operators to zoom in on Rajput after he approached Mr Dowling at around noon on the day of the attack.

"In a few seconds, everything changed and my agent began screaming when he saw the attacker stabbing," he recalled.

The trained security guard and three of his colleagues quickly rushed outside in an attempt to save Mr Dowling's life.

"I saw the knife on the ground and I grabbed the aggressor in an armlock," he added. 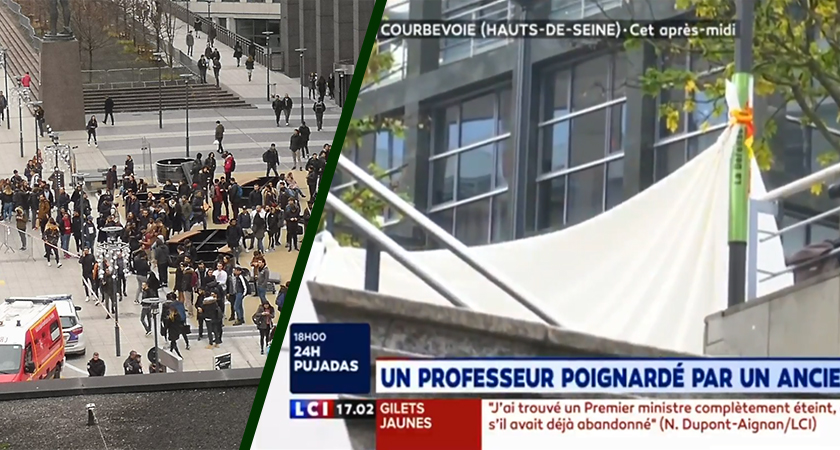 The killing shook the local community to its core on December 5 (Image: Twitter)

Fellow security guard Rachid Hadri said: "I was holding him by the feet while the professor was dying before my eyes. The other officers blocked the students who were watching".

Mr Hadri said he would "always remember the last goodbye" of the popular Irish academic, who "as usual had waved at us" on his way out for lunch that fateful Wednesday.

Rajput, who had been living illegally in France since he was expelled in September 2017, faces up to 30 years in prison if found guilty.

The ex-pupil claimed to police that Mr Dowling had previously mocked his Muslim religion during an English language class, but no other students recalled such an incident and his claims have not been taken seriously by police.

The security team who tried in vain to save the Irishman's life have received support from psychologists, and were commended by the Union for a Popular Movement (UMP) party's Patrick Devedjian last Friday.

The politician, who is a close confidante of former French president Nicolas Sarkozy, told the four men: "You have shown immense courage and calmness under pressure."

Security chief Mr Morilhat replied: "We feel like we went to war together."

John Dowling was finally laid to rest in Paris on Tuesday, after which friends and family gathered at the university where he taught English language and European civilisation for two decades to celebrate his life.

Around 20 relatives of Mr Dowling, and his partner Ann, travelled over from Ireland for a private funeral at a local crematorium prior to the memorial service.

Nelly Rouyres, a colleague, said the slain intellectual was "brought up in a hardworking Irish family", and learned Italian simply because he wanted to read the works of Dante in Venice.

He was also a devoted fan of Munster Rugby, and 13 student athletes donned red Munster jerseys to sing the rugby anthem 'Ireland's Call' in memory of their popular teacher.

Some of the hundreds of messages of condolence left at the university were read aloud, describing John's smile and laughter, his love of Ireland, his erudition and ability to instill belief in less confident learners. 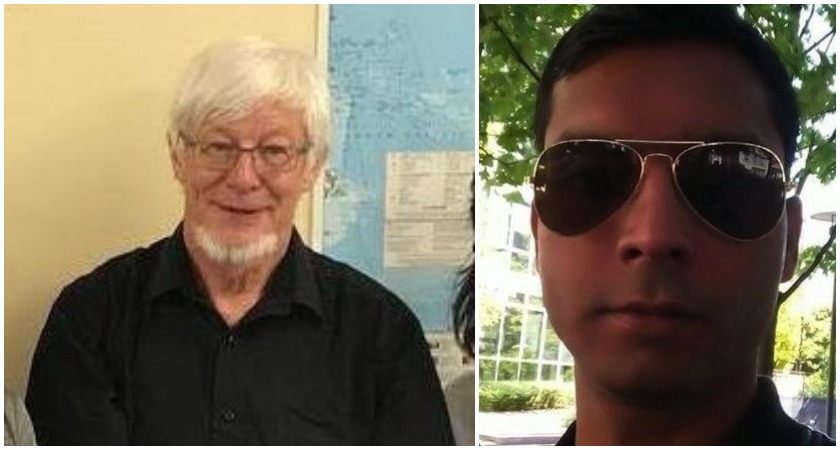 Ali Rajput, 37, an illegal immigrant from Pakistan, has been charged with his former lecturer's murder

One tribute left outside the institution was a Tricolour shamrock with the words "Thank you John" inscribed underneath – and the green, white and gold of Ireland's flag has become an emblem of remembrance at the school, with many mourners wearing it on a badge.

The family brought a Mass card with a photograph of their late loved-one, with the poem 'Do Not Stand At My Grave And Weep' by Mary Elizabeth Frye printed on the back.

David Dupuis, a former student who later became a colleague, said Mr Dowling's classes were "better than going to the movies or the theatre... his mere presence made you feel happy... he could light the fire of learning within you."

Another coworker, fellow Irishman Andrew Ryan, said through tears: "He was a young man with white hair... his wonderful soul is on the right hand of God now."

Fr Hugh Connolly – who ministers to the Irish community in Paris – saluted the lecturer's heartbroken partner Ann and his siblings Dorothy, Sylvia, Derek and Colm, before reading the Irish blessing "May the road rise up to meet you" in Irish, French and English.

"Today we reflect on a good life, a life of service," added Fr Connolly.

Lucas Jacq, another former student, concluded the eulogies by saying: "The joy you have provided us will remain. Nothing will stop us from living like you did, with such humanity."

At the end of the ceremony, an image of Mr Dowling with students on the eve of his death was displayed as a tenor sang The Parting Glass – the trad classic's lyric "Goodnight and joy be with you" ringing out as the mourners bid their farewells.