THERE WERE happy scenes in County Wicklow as a bird keeper was reunited with his golden eagle which had been missing for over a week.

John Nugent, from Newcastle in County Wicklow, last week issued an appeal to the public to help find his golden eagle Kalin, who had flown off without wearing a GPS tracker.

Initially sharing his appeal to social media groups centred on wild animals of Ireland, John's plea to help find the golden eagle was picked up by the media and shared across the country thousands of times.

Now, over a week after it vanished, golden eagle Kalin has been reunited with his overjoyed owner. 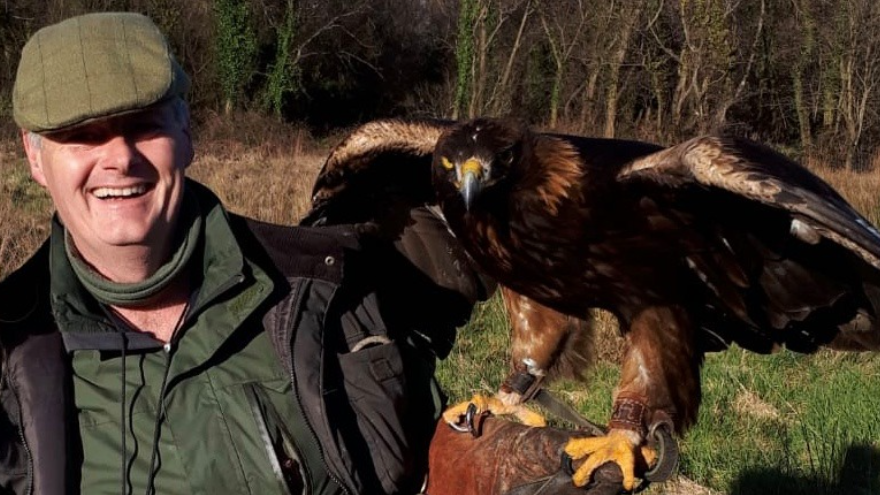 Despite the help of the massive online appeal, Kalin made it home of his own accord-- and John found him by walking in their normal route and whistling.

He told The Irish Times that "by fluke, I heard a whistle back and I said 'that's my bird!'"

John had been checking the pair's normal route every day since Kalin disappeared, and the birdkeeper reckons Kalin had become disoriented but managed to find his way back to a familiar area eventually.

Bred in captivity and previously used as a display bird, John took in Kalin in November and had been teaching it to fly and return home; normally the golden eagle would be wearing a GPS tracker but it had flown off while it was resting, John explained.

Despite having lost a pound in weight due to being unable to hunt for itself, Kalin is no worse for wear after its ordeal, the bird is happy to be back in familiar surroundings.