A LEADING academic based at a Birmingham university has claimed that outgoing DUP leader Arlene Foster’s recent resignation was inevitable following the Brexit saga.

Dr Steve McCabe, Senior Fellow of Birmingham City University's Centre for Brexit Studies, claims it was Brexit that nailed the coffin on Ms Foster’s leadership – as she is a “victim of believing it could work”.

“The nature of relationships in Northern Ireland revolves around acceptance of compromises that emerge from painstaking negotiation,” he explained.

“Peace, achieved after the conflict known as ‘the Troubles’, was not easily achieved.

“Brexit was always going to prove to be a challenge.”

He added: “That it’s resulted in the end of Arlene Foster’s leadership is as unfortunate as, arguably, this was inevitable.

“Brexit has re-exposed the deep scars of conflict and tribal loyalty in Northern Ireland many hoped would be consigned to history through political cooperation.” 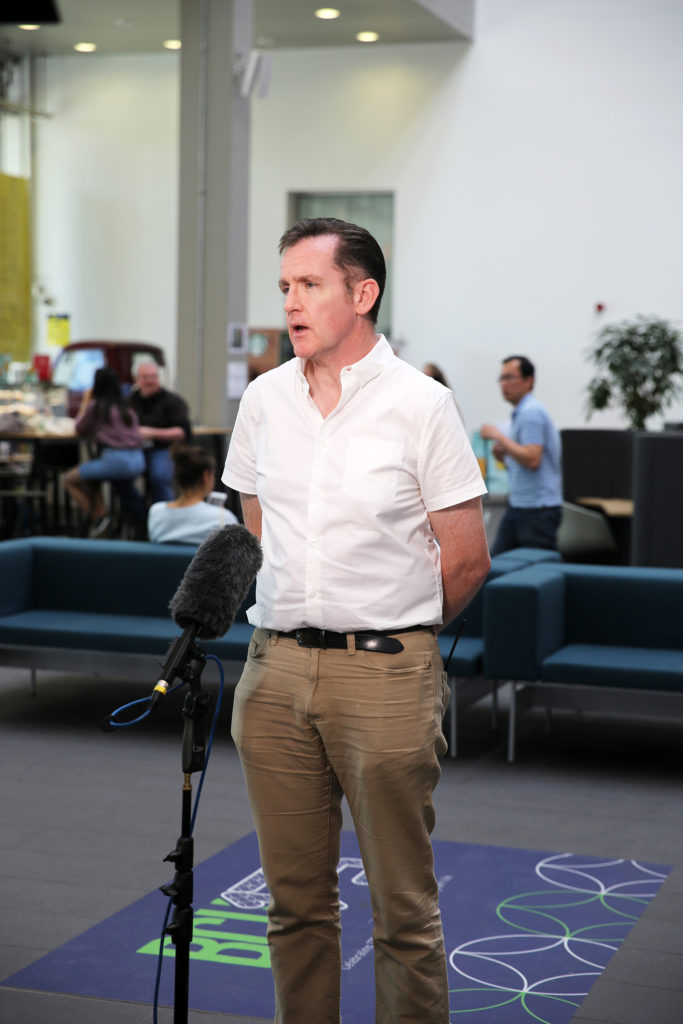 Ms Foster announced on April 28 her intention to step down as leader of the DUP on May 28 and as Northern Ireland First Minister at the end of June.

The decision came after 75 per cent of the DUP’s members in the Northern Ireland Assembly signed a letter calling for a leadership contest.

Eight of the party’s 18 constituency associations also submitted letters of concern over Foster and deputy leader Nigel Dodds’ handling of the Northern Ireland Protocol and other issues.

Ms Foster’s problems can be trace back to Brexit and her initial claim the Northern Ireland protocol could see the region. enjoy the benefits of both the UK’s internal market and the EU Single Market.

This was a stance she was soon forced to abandon amid a backdrop of unhappiness within the DUP over the arrangement and implications of a border in the Irish Sea, a setup which sparked violence in loyalist areas of Northern Ireland and general unionist unease.

In an about turn, Foster began to call for the Protocol to be removed yet her critics remained unimpressed, accusing the DUP leader of failing to do enough to combat it.

For Dr McCabe claims Ms Foster’s downfall was believing Brexit could be of benefit to her party.

“Arlene Foster is a victim of having believed that Brexit could work to the advantage of her party and, as a consequence, against others, most notably the main opposition party Sinn Fein,” he said.

With the leadership contest well underway to appoint her successor – and Edwin Poots and Sir Jeffrey Donaldson both in the running – Mr McCabe has concernd for the future of the power-sharing Government in place in the North.

“Foster’s replacement, likely to be a male who is far more hard-line in stance and approach to Brexit and the Northern Ireland ‘Protocol’ and dealing with trade between GB and Northern Ireland, is likely to make relationships with Sinn Fein even more fraught,” Dr McCabe claims.

“A collapse in the power-sharing NI Executive cannot be ruled out,” he suggests.

“Any election taking place is likely to create cause even more division and, potentially, result in Sinn Fein being the largest party.

“Having a Sinn Fein member as First Minister, in an already febrile atmosphere, might be too much for many in the unionist and loyalist community to stomach.”

He adds: “A return to direct rule from London would be disastrous for the progress of NI. What we can be sure of is that the next few months, traditionally the ‘marching season’ in this part of the UK, will be characterised by even greater tension than has been apparent in recent weeks.”