A LEADING psychiatrist specialising in alcoholism and mental health in older people confirmed the link between alcohol consumption and dementia at a meeting hosted by the Irish in Britain (IIB) organisation.

Dr Tony Rao, a Consultant Old-Age Psychiatrist for the South London and Maudsley NHS Trust, was the keynote speaker at the organisation’s most recent Cuimhne Thoughtful Thursday speaker event.

The session, titled Alcohol and Dementia: Fact or Fiction? drew on Dr Rao’s 20-year experience in a community mental health team in South London, where many of his patients were Irish.

“In addition to clinical practice and research, Tony advises on alcohol /addiction policy especially in relation to elders.

“He writes in the Guardian and Observer and has published two novellas based on his work with patients and families.” 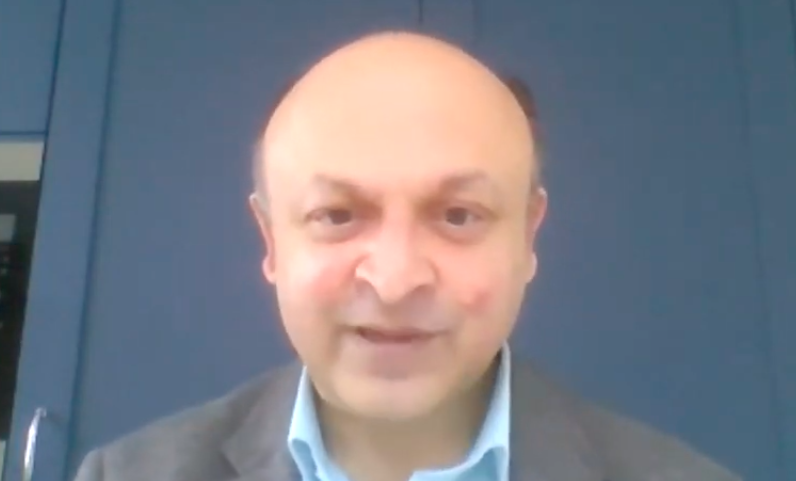 Dr Rao recognised early in his career that older people with alcohol and mental health issues fell into a policy gap.

Being older, they were not seen as important and with two problems did not meet criteria for either alcohol or mental health provision.

He told those logged on for the IIB event that he was in fact inspired to study addictions after meeting an older Irishman dealing with alcoholism.

“Ironically I met an older Irish gentleman, who had had repeated admissions to my ward in 2003,” he explained.

“He was unmarried, an older gentleman, who had worked on the roads.

“He had almost drunk himself to death and he had developed dementia.

“That made we think this is really not on.”

He added: “I knew nothing about addictions then but I spent £4,000 of my own money to do an MSE in addictions, so that I could improve the lot of not just the Irish community but the general community where I worked in Bermondsey, and they rest is history.”

Dr Tao went on to develop a long-term connection to the Irish community of Southeast London over the decades, he admitted.

He also recalled a connection made over 20 years ago with a worker from the Southwark Irish Pensioners Project whom he met regularly at the bus-stop.

When he asked him how best to help his Irish clients, the man replied that what they needed was a home and a roof over their heads, and that advice has stuck with him, he told his audience.

During his talk, which is available to watch here, Dr Rao reiterated the link between alcohol and dementia, even for moderate drinkers.

He highlighted age-related changes in metabolism, the brain and comorbidities which increase sensitivity to alcohol, and - while he argues that there are no health benefits to consuming alcohol -suggested if older people want to drink, a limit of 11 alcohol units per week is advisable.

The good news, however, was that alcohol problems in older people can be successfully treated.

Research shows that memory and cognition changes can be reversed quickly by abstinence.