LEO VARADKAR says he thought attending a festival in the UK wouldn't be a big deal because music events in Ireland were due to open up a few days later.

Last week, a photo of the Tánaiste went viral after he was snapped at London's Mighty Hoopla festival.

People in Ireland were up in arms and branded Varadkar a hypocrite for attending a foreign festival while simultaneously presiding over domestic rules which prohibited such events.

To add insult to injury, Varadkar attended the festival on the same weekend the cancelled Electric Picnic would have taken place.

But the Fine Gael leader has defended his decision, arguing that he's entitled to a private life and insisting that he followed all necessary public health rules.

Speaking to Morning Ireland on Monday, Varadkar said he thought his trip to London "wouldn't matter" because music events in Ireland would be opening up soon after.

"I suppose the view that I took was that two days later, and it was only two days later, concerts, conferences, exhibitions, big matches, big events in Ireland were allowed and I was one of the people that made sure that we had that reopening plan in place for the events sector," he said.

"I took the view that because it was only two days, maybe that wouldn’t matter.

"But I understand that for people who have been closed for a year and a half, for a 180 days, people working in that sector felt different." 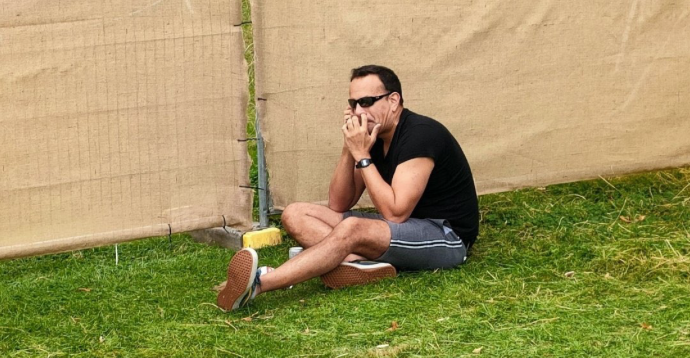 He went on to criticise the person who took the photograph and published it online, arguing that "if the shoe was on the other foot" he would have respected that person's privacy.

"I am a public figure and to a certain extent it goes with the territory that if you’re out and about in public people will take photos of you and that’s the way it is and I accept that," he added.

"I’ve been through a lot of these types of things and I don’t let them hold me back but what I do want to say in terms of the wider issue around the events sector and the events industry, I’ve been one of the strongest supporters around the cabinet table."