THE SISTER of an Irishman who died six months after being brutally attacked has paid tribute to him.

Vivienne Folan was speaking after two men were sentenced for the part they played in Desmond O’Beirne’s death.

Mr O’Beirne, who lived in Pimlico but was originally from Ireland, was punched in the back of the head and kicked as he lay on the ground in Trafalgar Square, London, in June 2017.

The 51-year-old, who died in a coma six months later, was described by his sister as ‘a hardworking, larger than life character’.

“Desmond was born on August 27, 1966 and grew up in Edgware, Middlesex where he attended St James’ Catholic School. He was a first-rate student, winning ‘Best in Year’ award at college,” said Ms Folan.

“Desmond spent his whole life working in civil engineering and the construction industry and was a highly-skilled professional who specialised in ‘steel fixing’. He was well regarded within his profession.

“He was a hardworking, larger than life character, who lived in Pimlico and worked in and around London. He was my only brother. He leaves behind a 19-year-old son who is currently studying at university.”

Ms Folan expressed her agony at having to watch the CCTV of the attack on brother, his subsequent deterioration and finally his tragic death.

“It was devastating when I was contacted by his friend and told that he had been brutally attacked in Trafalgar Square,” she said.

“It is extremely difficult for me to express the pain I felt when I had to watch CCTV footage of my brother being attacked from behind by two men whilst running away and then being left for dead. 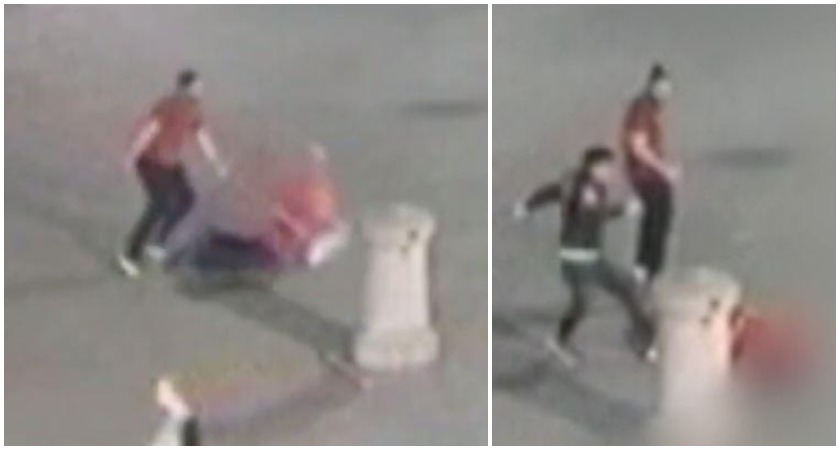 “Not only that, but Desmond was on his own and relied on the actions of passers-by to raise the alarm with the emergency services.

“When I visited Desmond in hospital, he was unrecognisable to me both visually and physically because of his injuries from the attack. It was so terribly painful for me to see him like this.

“He was utterly helpless and unable to recognise or communicate with me in his vegetative state. Desmond did not regain full consciousness and we never again had the opportunity to communicate with each other.

“Desmond’s life was needlessly cut short because of a mindless and cowardly attack by two men who showed no remorse and left my brother for dead.

“We, his family, have found the past 18 months extremely difficult in coming to terms with the brutal and senseless attack on Desmond and the pain and suffering he must have endured in the intervening six months prior to his death from his injuries.”

Despite her family’s ordeal, Ms Folan praised the hard work of police, who left no stone unturned in their bid to trace those responsible.

“We have taken some comfort from the tireless investigation carried out by the police officers involved in bringing these two men to justice,” she said.

“The officers have been outstanding, from a CCTV image they have pulled out all the stops. There has been exceptional support from the media and public leading to the arrests and justice.

“This is what can be achieved when we all come together; the police cannot do it all on their own, they need our support.”

On Friday, Lucas Antunes, 22, of no fixed address, was jailed for three years and nine months having previously admitted manslaughter.

Luis Abella, 22, of Marshall Court, SW4, was sentenced to three months’ imprisonment, suspended for two years, having had previously pleaded guilty to attempting to cause actual bodily harm.