MANY rumours, legends and myths surround ‘Mad Mike’ Michael Hoare, who has died at the age of 100.

He was born on St Patrick’s Day in 1919, although not in Dublin as is often quoted, but Calcutta, (as Kolkata was then known).

His Irish-born parents, Thomas and Aileen Hoare, were living in India, his father working as a river pilot on the Hooghly River.

The young Michael Hoare, eventually went to school in England, joined the British Army, and worked his way up to the rank of major in the London Irish Rifles.

He served with distinction in the Second World War, fighting against the Japanese in Burma.

After the war he became an accountant in South Africa, but civilian life provided too little excitement for the Irish adventurer.

In 1961 he was introduced to Moïse Tshombe, an African politician who later became prime minister of the Congo.

In 1964, Tshombe hired Mike Hoare to take on the communist-backed Simba rebellion; Hoare was ferociously anti-communist and believed Russia was about ‘to grab’ the Congo. His band of fellow mercenaries, named ‘the Wild Geese’ — appropriately enough given Hoare’s Irish background — were successful in heading off the insurrection, and in the process saving thousands of lives.

When the campaign was completed 18 months later, Hoare was internationally known, the most famous ‘soldier of fortune’ in recent history. 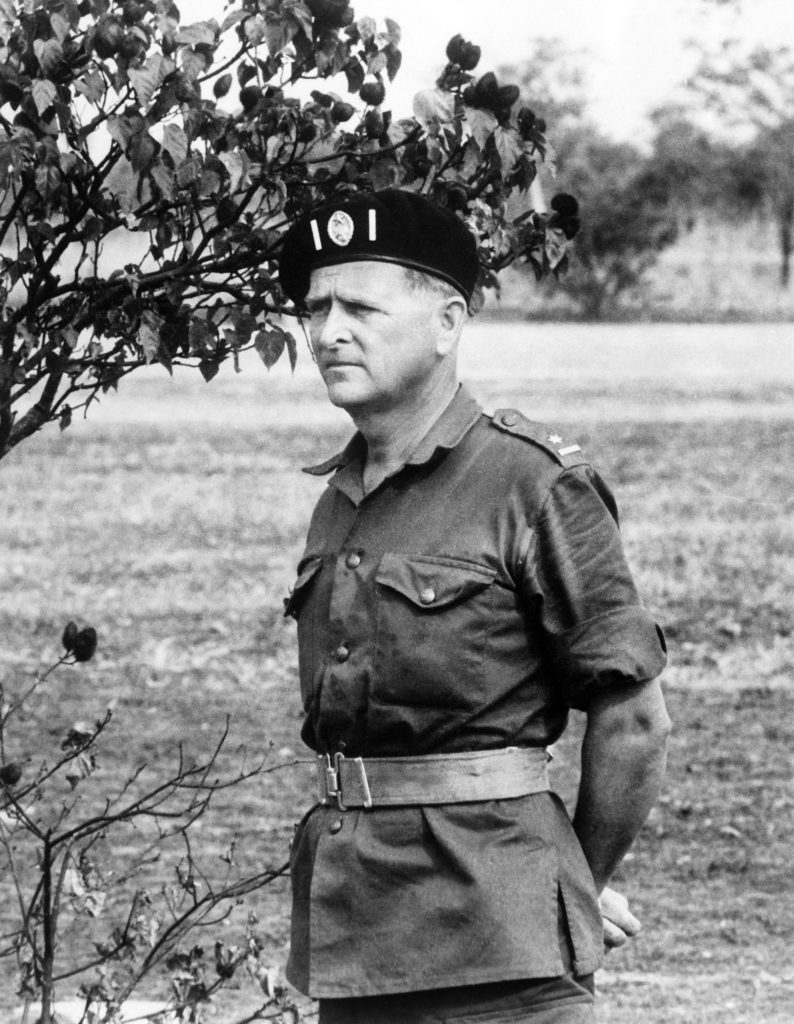 He was often labelled ‘the last gentleman mercenary’, but other opinions of him soon surfaced: an East German radio station labelled him a 'mad bloodhound', while an officer in his unit described him as 'correct but ruthless'.

A judge at a subsequent trial called him unscrupulous.

In Africa the political legacy of the quashing of the Simba rebellion — and his part in it — attracted controversy.

His men were accused by some of undisciplined action against the enemy, killing indiscriminately and looting villages and towns.

In 1981 his next political venture led him into further controversy, plus a spell in jail. Having gained the tacit support of the governments of South Africa and Kenya, Hoare launched a surprise attempt at overthrowing the government of the Seychelles.

He recruited 46 men, and with them launched a farcical aborted coup on the Indian Ocean islands. His ragtag band of commandos were disguised as a charitable drinking club of former rugby players, the Ancient Order of Froth-Blowers, and hiding weapons in their hand luggage.

Unfortunately, some of his co-conspirators were genuinely drunk.  One joined the wrong queue, got into an argument with a customs officer, and ended up having his bag searched.

When officers found a dismantled AK-47, the man panicked, and a firefight ensued.

At this point the entire plan unravelled,

The mercenaries escaped by hijacking an Air India jet on the tarmac. They flew to South Africa.

Hoare and fellow conspirators were subsequently tried and convicted of air piracy.

The attempted overthrow — dubbed the package-holiday coup d'état  — had ended ignominiously, with Hoare and his fellow commandos ridiculed in the global press.

Hoare was sentenced to 20 years for the hijacking of the Air India plane, with 10 years suspended. He was released after 33 months.

Away from his military exploits, Hoare was equally adventurous. He retraced the steps of Victorian explorers searching for the source of the Nile, crossed Africa (south to north) on a motorcycle, and searched for the fabled lost city of the Kalahari.

A keen sailor, he cruised round the Mediterranean in a 100-foot Baltic schooner for three years with his family.

Thomas Michael Bernard Hoare was charming, enigmatic, fearless and piratical. In 1978, an adventure film called The Wild Geese was released, with Hoare acting as military and technical adviser.

In later years Michael Hoare turned to history, devoting much of his time to studying the mediaeval Cathar heresy in France. He wrote several books including Mike Hoare’s Adventures in Africa (2010), Mokoro: a Cry for Help! (2007), The Road to Kalamata: a Congo Mercenary’s Personal Memoir (1989), The Seychelles Affair (1986), Three Years with Sylvia (1977).

The Irish-South African novelist Bree O'Mara (1968–2010) was his niece. She wrote an account of Hoare's adventures as a mercenary in the Congo that remained unpublished at the time of her death. She was one of those killed on Afriqiyah Airways Flight 771 which crashed on its approach to Tripoli International Airport.