A PROUD father-of-one was left stunned after receiving a racist letter demanding he take down a seven-foot Black Santa he had put up in his front garden.

For Chris Kennedy from North Little Rock in Arkansas, the display was about continuing a rich family tradition that dates back to his childhood when his father would put together elaborate light displays every December.

Kennedy’s father sadly passed away over 15 years ago on Thanksgiving Day and has been sorely missed by the loved ones he left behind ever since.

His memory lives on, however, thanks to his son along with his wife and four-year-old daughter, who make an effort to continue his impressive seasonal displays during the holiday season.

This year was no different, with the Kennedy family opting to include a seven-foot Black Santa alongside a Christmas tree and giant neon sign that reads simply “Joy.” 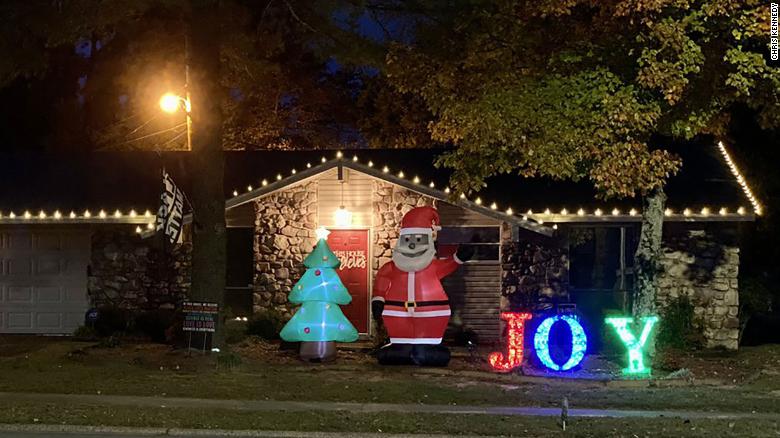 First put up back in Halloween, the display was designed to spread some much-needed cheer this year.

However, just before Thanksgiving, Kennedy received an anonymous letter in the post demanding they be taken down.

"You should not try to deceive children into believing that I am a negro," the letter read.

"You being jealous of my race is no excuse for your dishonesty,” the note continues, before signing off “Santa Claus”.

"I am trying to be as nice as I can in this very moment because I am actually filled with rage," he said in the live stream. 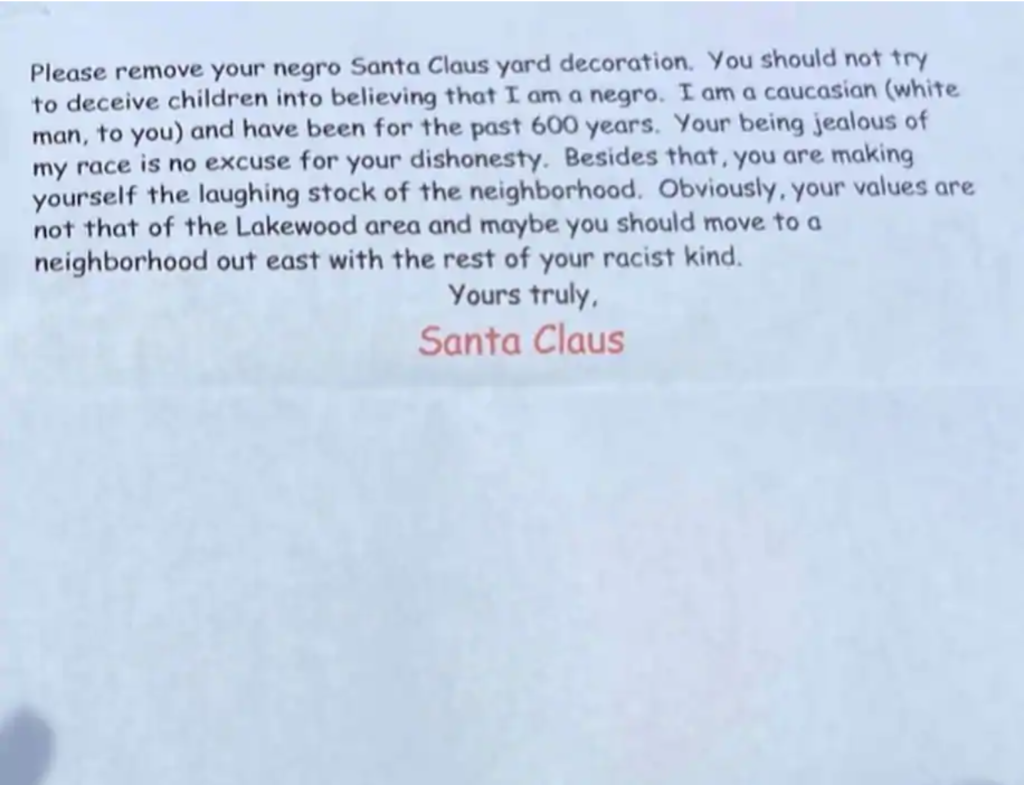 The note also included an image of a white santa with two thumbs down.

Speaking to CNN, Kennedy said: "The real thing that angered me was the fact that the person who wrote it suggested I move out east where I guess they feel all black people live."

"Putting up Christmas displays reminds me of him [his father]," Kennedy said.

"The main reason we put out the display is to bring joy to the neighborhood and brighten it up a little bit."

Despite the unnerving response, the local community has rallied around Kennedy, with many of his neighbours buying black Santas to stand in their gardens as a show of support.

Now an army of black Santas line the street where Kennedy lives in an effort that has renewed the under-attack family’s faith in the Christmas spirit.

"There are still loving and caring individuals out there," Kennedy told CNN.

"I know that my neighborhood has definitely lifted us up."