ACTOR MARK RUFFALO has urged the Irish people to oppose the use of fracked gas and insists the companies involved want to 'junk Ireland up'.

The American, who is a seasoned campaigner against fracking in Ireland, joined Green Party leader Eamon Ryan in a webinar on Monday evening to discuss the issue.

He insisted that the fossil fuel companies were 'using' Ireland to export fracking around the world and that the nation should be doing all it can to prevent any drilling.

"I'm telling you, they're using you," Ruffalo said during the webinar.

"You hear the plan, they're gonna junk your country up, they are using you to bring this product into your country and disseminate it it through the rest of Europe. And you are going to be the suckers on the end of the line here. 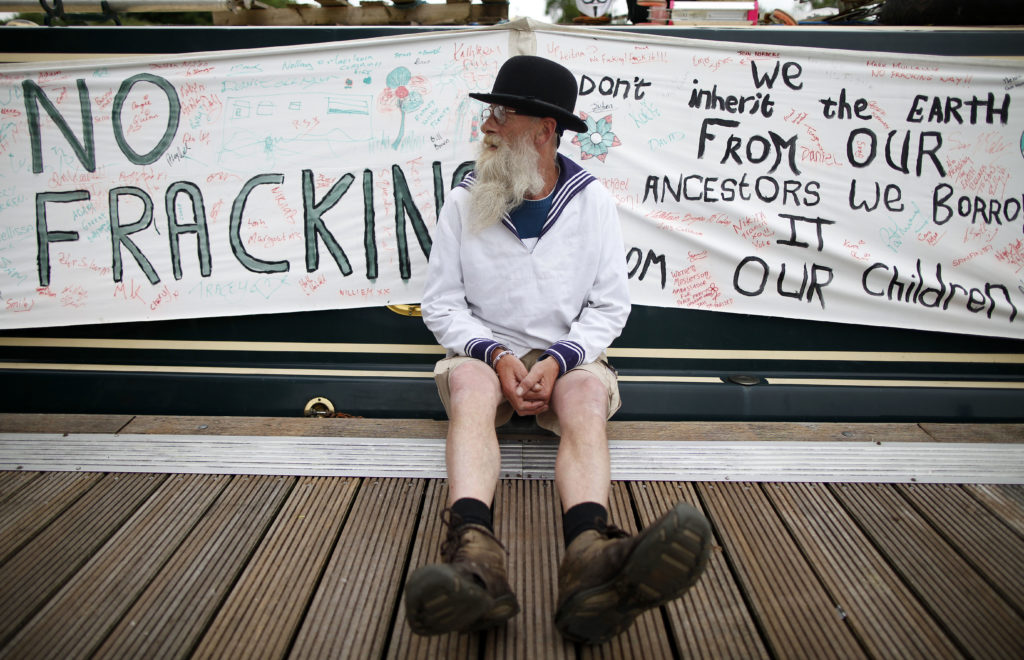 Anti-fracking protests in Northern Ireland in 2013

"In the face of all these new technologies that promise so much better lives, so many better lives for people, whether it's your job or your health, or just the beauty of your surroundings. Why would you move forward in creating more natural gas use, more fossil fuel use in the world?"

Ruffalo, who has previously lent his support to the campaign against the proposed Liquefied Natural Gas (LNG) terminal in Co. Kerry, suggested that the Programme for Government (PfG), currently being considered by the Green Party, was a 'win' in the fight against fracked gas.

"For years, US and Irish campaigners have worked together to achieve a ban on fracking in Ireland," he continued.

"Now the PfG is an opportunity for a monumental achievement for Ireland to become the first country in the world to ban fracked gas imports."

Fracking is the process of drilling down into the earth before a high-pressure water mixture is directed at the rock to release the gas inside.

Anti-fracking campaigners argue that the process is damaging to the environment in lots of ways, the most crucial of which being that it distracts large energy firms from investing in renewable sources of energy, and prolongs an unhealthy reliance on fossil fuels.