This week – Brandon Stanton at the Humans of New York Book series, put the weight of the successful book behind Mary O’s Irish bar in NY who in a time of struggle, she had turned to making Soda Bread Scones – and thanks to the Humans of New York author, has raised more than $1 Million in orders since Thursday.

Mary O'Halloran : “We got shut down two days before St. Patrick’s Day. Always the biggest day for an Irish bar.

My husband is a longshoreman, so he was trapped in the Aleutian Islands for nine months—no flights out.

It was just me and six kids that needed homeschooling.

I pulled all the furniture out of the bar, and made a section for each of them: pillow, blankets, everything they needed.

Then I had to figure out how to survive.

Other bar owners were just throwing up their hands, but I had to try something.

I began catering dinners for emergency workers at a nearby hotel. It wasn’t much money, but it was something to do. Each night I’d cook dinner for thirty people. The kids would help when they could: peeling potatoes, washing dishes. But I’d be so exhausted every day.

Everyone had so much faith in me to survive. Maybe because I keep the tough side out—everyone assumed I was OK.

Nobody knew I was full of worries.

But it was so freakin’ hard.

To keep the kids happy. 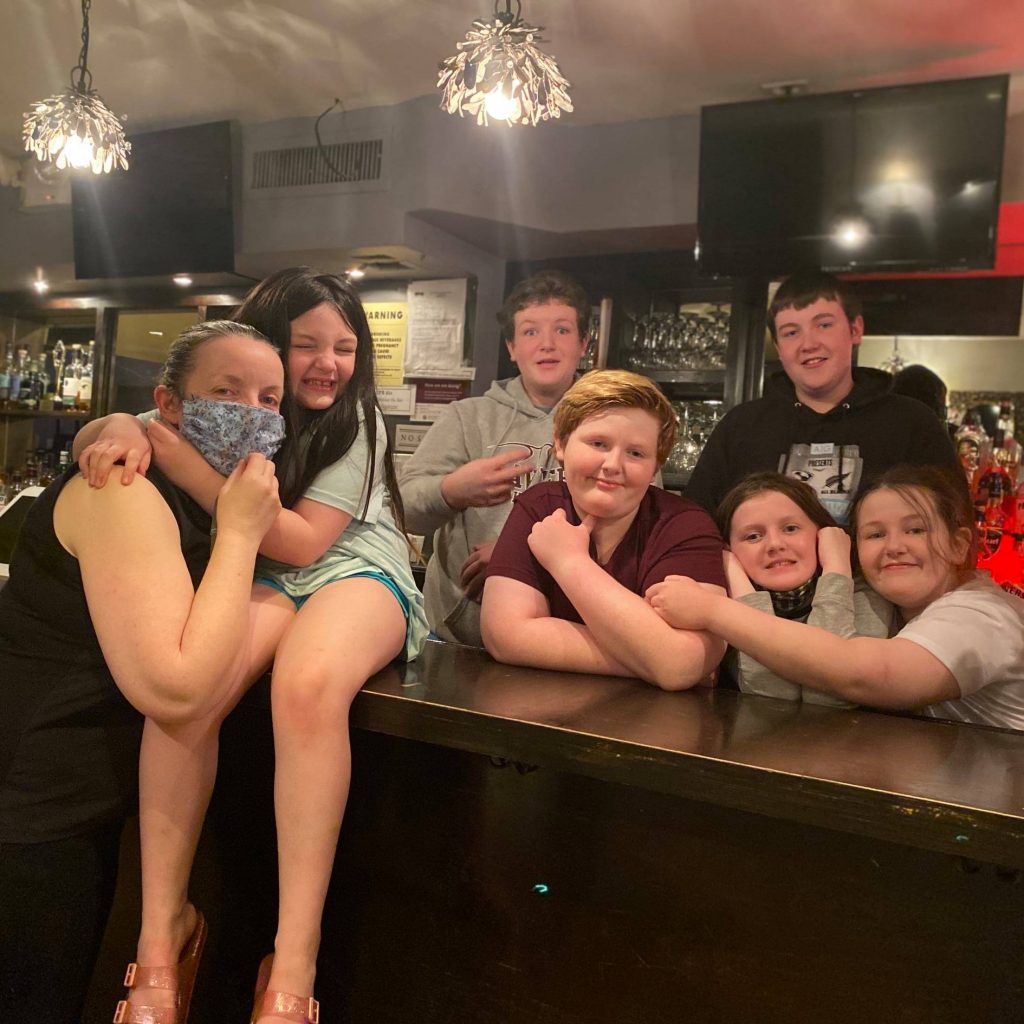 Month after month I’m falling further behind on the rent.

But my regulars kept showing up. They ran errands for me. Sometimes they’d take the kids on walks to give me a break.

There was a group of Irish musicians who would play here every Thursday night. They helped me set up an online store, so that I could sell scones to the music people. Soda bread scones with homemade blackberry jam. My mother’s recipe from back in Ireland.

Really, it’s the simplest thing-- but all six of us kids used to line up for them. In January a reporter named Roger Clark from NY1 came to do a story on the bar—about how I’ve been running it all alone, with my kids. And that angel, he had the anchors taste a scone live on TV.

It created big scone hype for a few months. It wasn’t a ton of money.

It wasn’t paying rent or anything. But it was something to do, you know?

I finally found something that was working.

People were writing notes, saying: ‘I gave these to my grandmother, and she loved them.’

It was the little bit of light that I needed.

It pulled me forward. I didn’t feel alone anymore.

It was like: ‘Oh My God, there’s something out there.’” 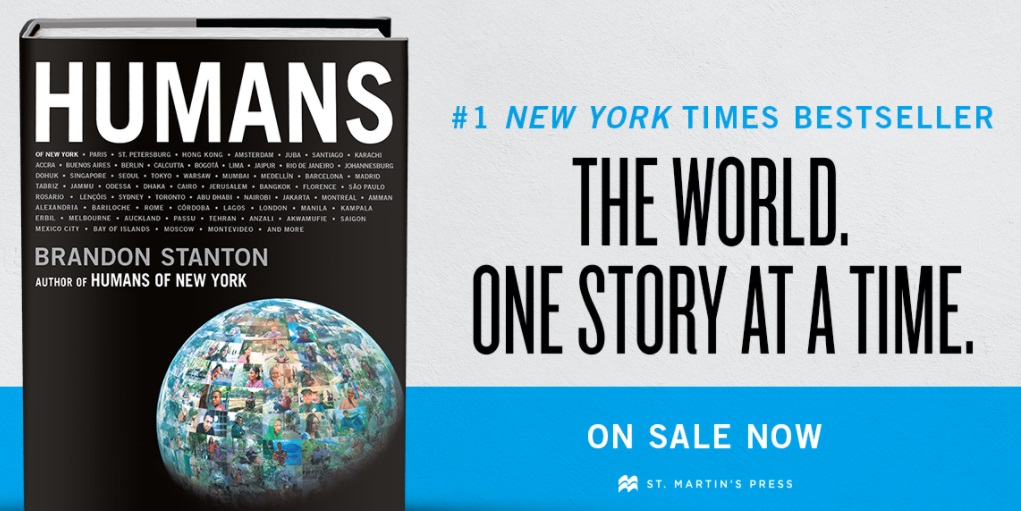 HONY: Brandon Stanton posted the above on his facebook page and added the following:

“I know there’s a volcano of big scone hype that’s about to erupt, so here’s our plan.

Mary normally charges $18 for an order of scones, but as she explained there’s barely any money in it for her.
I do know that there’s a lot of bargain hunting scone fanatics out there.

But I also know that many of you are ‘scone curious,’ and would love to support Mary.

If you fall in the second category, I’ve put together a special offer for you.

For $30 you can get an order of scones, and a limited-edition drawing from Mary’s daughter Erinn. (Depending on the amount of orders, the drawing might not be highly intricate. A lassie’s gotta do her homework.)

Each box will also include an invisible Irish blessing that will be passed down through the generations to all of your descendants until the end of the time.

You can find the link to the magical HONY scones here: https://bit.ly/bigsconehype

Mary started crying when I suggested raising prices, because she says other people are hurting more than her.

So if you are also in a tough spot, but want to try the scones, do not worry.

The $18 non-magical scones are still available through her website.

May the road rise to meet you.” 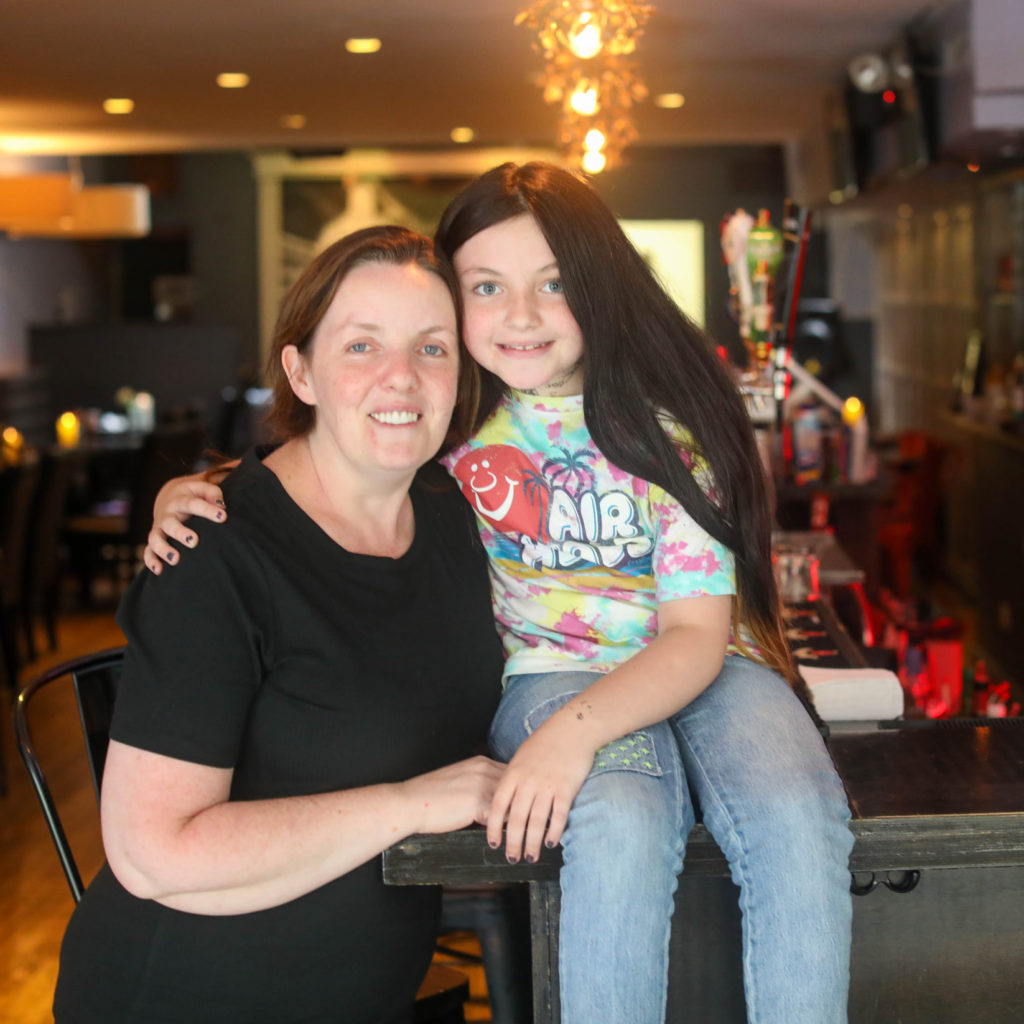 Mary O and Erin - who helps with the scones and orders

That was Thursday 5th August.

Within 24 hours there was a massive response to the HONY Facebook post , being shared by Irish groups and associations across the USA, Canada, UK and the globe. 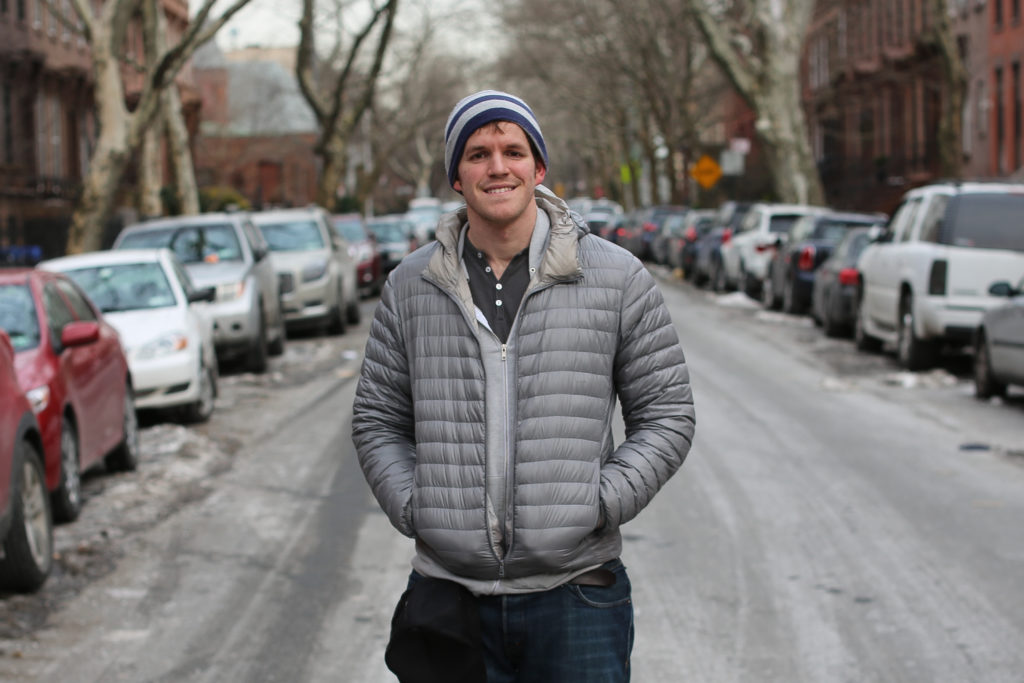 Here  is a post from Humans of New York a day later on Friday Aug 6th,
– when over $1,000,000 worth of soda bread scones had been ordered and sold.

HONY (Humans of New York)  :
“The craic was ninety last night at Mary O’s as a wave of big scone hype crested right in the middle of Irish Music Night.

Over $1,000,000 worth of soda bread scones were sold. But you’d never know from watching Mary.

There was ne’er a tremble in her hand as she dished out shepherd pies and Guinness pints. Though to be honest—her composure mainly stemmed from her refusal to look at the number.

She allowed herself a brief, joyful cry.

Because every one of those orders came from people who want the best for her. And I felt confident that we’d all be patient while she figured out a new process for making scones.

Mary has a great team around her. She refers to them as ‘The Regulars’ as if they’re a squad of superheroes, but they’re actually longtime customers who transform into volunteers at a moment’s notice.

Clint was serving food last night. Steve and Shelly were bartending. Liz and Deb were watching the kids.

Alexia from @ruffclub dropped everything to manage Mary’s online ordering.

Caitlin, Rogan, TJ, Sara, Mimi, Bob. The list goes on and on.

All of them made clear to me that they show up for Mary because it’s been ten years of her showing up for them.

‘This woman deserves every bit of this,’ they said. ‘She gives and gives and never asks for a thing.’

With this support group, and her own business experience, Mary has all she needs to deliver 25,000 boxes of delicious, blackberry-jam-smothered, blessing-infused scones. It’s just going to take some planning.

Our goal was always to help with Mary’s burdens, not add to them.

She will deliver the scones as fast as she can. And things may fall into place rather quickly.

But if you absolutely need your scones in the coming days, or even weeks, feel free to request a refund.

For everyone else, your scones will drop from the sky like a pleasant Irish rain.

And when the box is opened, your descendants will be blessed for a minimum of ninety generations. Thanks to all of you, and may the road rise to meet you.”

There are 2 heroes of this story:  Mary O'Halloran  and Brandon Stanton of Humans of New York

'Humans’ will be published on October 6th. Featuring hundreds of stories and full color photos from around the world—including never-before-seen stories . The book also includes five essays which explore the process and thinking behind the stories.