RHIAN GRAHAM, represented in court by barrister Blinne Ní Ghrálaigh, was cleared of charges of criminal damage in connection with the forcible removal of the statue of 17th century slaver Edward Colston in Bristol.

Ms Ní Ghrálaigh is attached to Matrix Chambers in London, and was instructed by solicitor Laura O’Brien of Hodge Jones & Allen Solicitors

Ms Graham, one of the Colston 4 admitted helping tear down the statue from its plinth in 2020. It was subsequently thrown into Bristol Harbour.

Legal representatives for defendants, Jake Skuse, Milo Ponsford, Sage Willoughby and Rhian Graham laid out a number of lawful reasons for their actions. 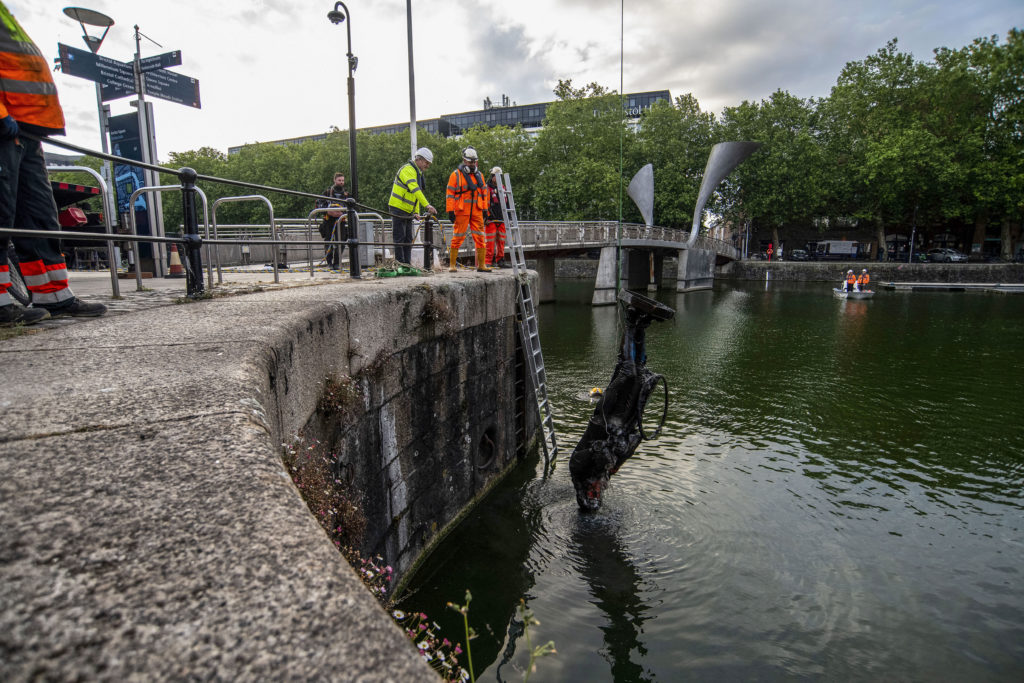 The toppled statue of slave trader Edward Colston is retrieved from Bristol Harbour by a salvage team on June 11, 2020 in Bristol, England

They asserted that reasonable force had been used to prevent a crime on the basis that the ongoing display of the statue with its plaque, which described the slaver as a “most virtuous and wise” man, constituted the display of indecent material contrary to the Indecent Displays (Control) Act 1981.

The four defendants also asserted their rights to freedom of conscience and belief, and freedom of speech, protected under the European Convention on Human Rights — as balanced against the property rights of the Council and the other people of Bristol for whom the statue was held on trust.

Two Irish connections were made during the trial. 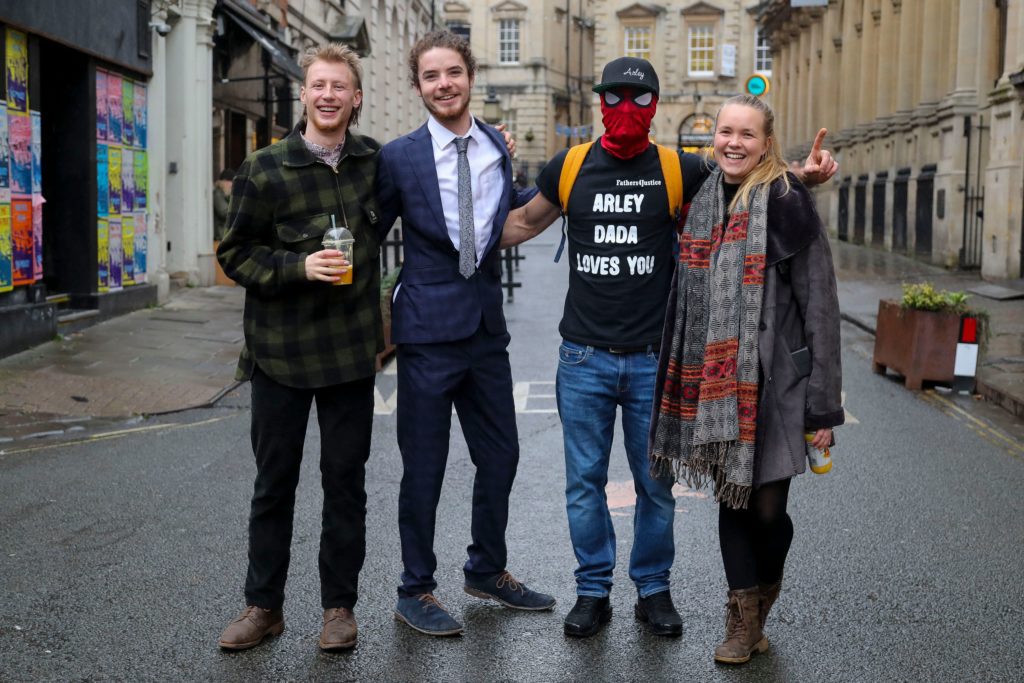 The first was a reference to Dublin philosopher and slavery abolitionist Edmund Burke, whose statue was erected in Bristol the year before the Colston statue.

As emerged at trial, some historians believe that the statue of Colston (erected some 30 metres away) was put up as a direct response to the statue of Burke, and effectively in defence of slavery.

Ms Ní Ghrálaigh drew the jury’s attention to a phrase that has been attributed to Burke: “All that it takes for evil to flourish is for good men [or women] to do nothing.”

Mr Chada was born and brought up in Magherafelt, just a few miles from Heaney’s birthplace in Co. Derry.

He quoted the poet’s lines in his closing speech:

On this side of the grave...

But then, once in a lifetime

Of justice can rise up,

And hope and history rhyme.’

Ms Ní Ghrálaigh refuted the argument, adding that the actions of Rhian Graham — along with those of her co-defendants — were part of a “long and honourable tradition” of direct action protests. 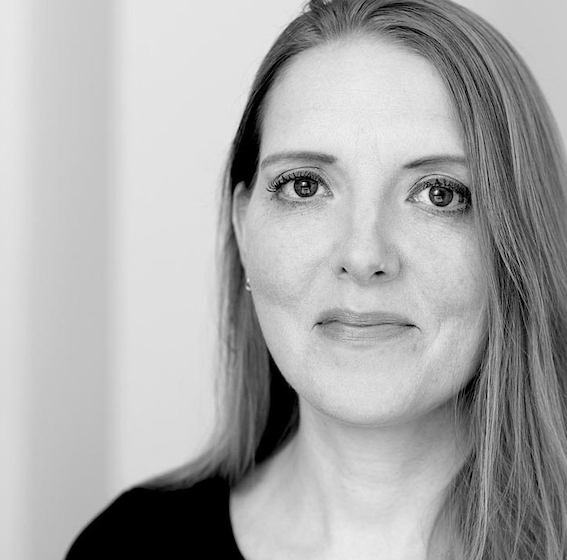 Before the jury retired, Blinne Ní Ghrálaigh addressed them saying that her client believed Bristolians did not want a statue of a man whose money was made from the slave trade, any more than they’d want a statue of Jimmy Savile, whose serious sex offending became public knowledge after his death.

The plaques, memorials in honour of Savile “and even his gravestone were quickly removed, as was a statue of him in Glasgow… and no one spoke in favour of keeping them”.

Speaking after the verdicts were delivered Ms Ní Ghrálaigh, said: “This case demonstrates the fundamental importance of trial by jury. That is because juries represent the collective sense of justice of the community.”

She said that in this case, a conviction for the removal of this statue – that glorified a slave trader involved in the enslavement of over 84,000 Black men, women and children as a "most virtuous and wise’ man – would not be proportionate”.

Nonetheless, in the wake of the verdict the Attorney General for England Wales Suella Braverman has said she is “carefully considering” whether to refer the case to the Court of Appeal.

The not guilty verdict cannot be overturned, and the higher court could not rule on whether the jury’s decision was correct, but they could clarify points of law “for future cases”.

Ms Braverman’s comments come on foot of an outcry from Conservative MPs following the jury’s verdict. The former cabinet minister Robert Jenrick suggested the rule of law had been undermined.

Blinne Ní Ghrálaigh is called to practise at the bar in England, Ireland and Northern Ireland. She previously worked on the Bloody Sunday Inquiry for one of the legal teams representing the wounded and the families of those killed.

Her mother was from Dublin and her father from Mayo.  She grew up between Ireland, London and the North of France. She lived in Derry also while working on the Bloody Sunday Inquiry.

Ms Ní Ghrálaigh acted for Conradh na Gaeilge in the Irish headstone case last year brought by the family of Margaret Keane. She also acted for the Hooded Men, and the family of Jean Smyth in the Supreme Court last year, and continues to act in several Troubles-related cases in Belfast.